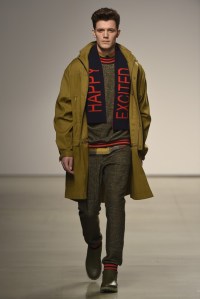 Sitting in on a male model casting is less exciting than you might imagine. Most bored of all are the people doing the casting. It is a harsh business. One glimpse and a decision is made. A guy either looks right or wrong. If there was ever cause to pause over the lives of those who earn their livings through their looks, this is it.

I expected exclamations of who is “out,” and proclamations of which newcomer might be, “So hot right now!” Instead, the Perry Ellis showroom was tense and quiet until someone put on a low hum of “Benny And The Jets.” The prospective model men were lined up, just out of sight, behind a wall in the showroom, and hustled in individually by a lithe assistant with an outstretched arm. One by one, they made their greetings to a council of five gentleman, presented their portfolio of images, and walked 10 yards to a wall and back. The process does not last more than a minute. “Thanks,” Perry Ellis Creative Director Michael Maccari said before moving on to the next one.

It is no easy task reviving a house like Perry Ellis, one that had become pigeon holed into its licensed department store goods – a cash cow, but nonetheless a branding nightmare. With Maccari on board, the brand’s future is looking a bit brighter. His first collection, which debuted last September, was lauded in reviews, and his second looks just as promising. “For Fall 15, we’re exploring the origins of sportswear, and how original workwear details influenced sportswear of today,” he told me. “The shapes are a little more generous to allow for movement, and the fabrics are where the innovation comes in. We have of wool bonded to neoprene, suede bonded to jersey, printed neoprene, overall embroideries on sweatshirts. We have a four-way stretch fabrics that are -resistant, it’s incredible. We had one of the models in here earlier try on some looks, and he was like, ‘I feel like I can work out in this,’ and I was like, ‘That’s kind of the idea!'”

Throughout the casting process, Maccari’s four team members appeared largely disinterested in the whole process; all sitting in a variety of lilted positions, as if they could not stand to see another hopeful. At some point, after seeing a hundred beautiful people, what’s one more to add to the heap? One whispered brevities into Maccari’s ear – “Love his look” – another sent texts, and two more stared into the distance with their palms placed pensively under their chins. That is until one model, Chris Moore from Wilhelmina, entered the room. With his back turned to them in the first half of his 10 yard strut, the gentleman seated at the table raised eyebrows and exchanged side glances. His “look” had clearly caused a stir, though this was not  vocalized by the team as he walked back toward them. Poker face is the other name for the model casting game. Mr. Moore left without much assurance of getting the gig, though he was later chosen to walk in the Fall/Winter 2015 show. “The guy needs to be able to carry the clothes, and look natural in the clothes. It’s not an overly fashion look, if you will. Kind of a real guy,” Maccari told me between the waves of model options descended upon the Perry Ellis offices. “An attitude of confidence is important, as much as a good smile,” he added later.

Though, it seemed that smiles might be hard to come by. On my way out, looking for a bit of Instagram fodder, I asked the models waiting in the wings, “I know you’re all models, but can you all make an goofy face for me?” “No,” one shot back. The rest agreed. This is serious business. 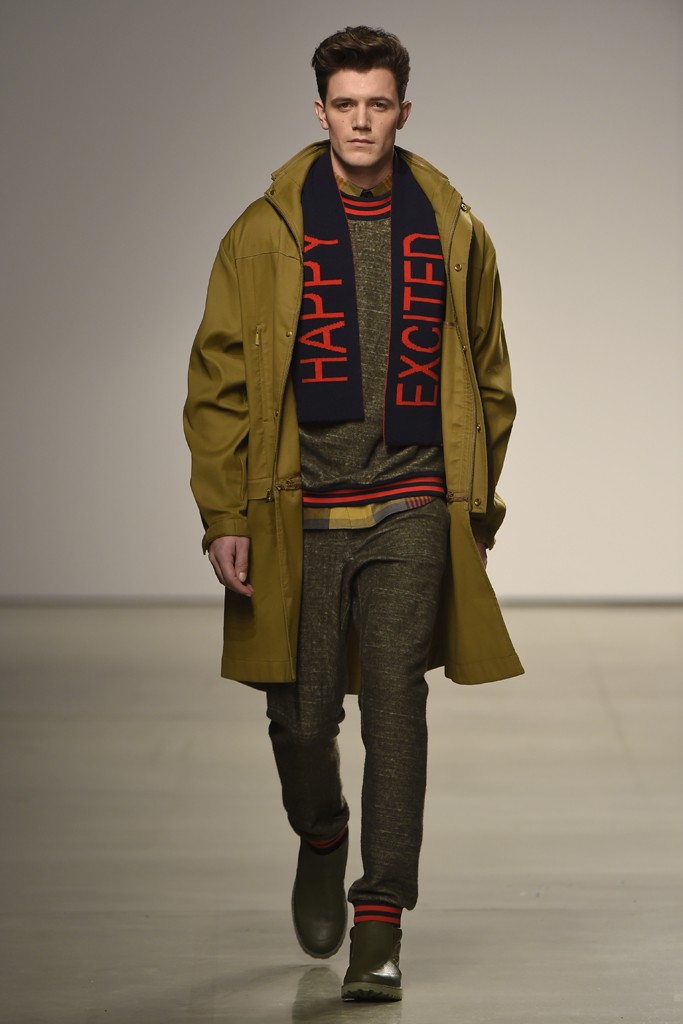