If you thought crop tops were tricky to work into an office-friendly wardrobe, the latest must-have garment will confound you even further.

Fashion harnesses have been popping up on models, musicians and party girls alike more and more in recent months. The trend has been gathering steam for several years on pop stars and in fashion’s highest echelons. The release of 50 Shades of Grey might be the push it needed to cross into the mainstream, though. This will certainly be the year we see black, leather harnesses worn as daywear by the masses. Free People and Urban Outfitters have already embraced the harness; expect Coachella attendees to be fully strapped come April.

Madonna first introduced BDSM-inspired leather goods to the general public in her 1990 music video for “Justify My Love.” Never one to shy away from a good opportunity for subversion, the pop queen put a male extra in a harness while she stuck to classic black lingerie. She took it a step further in 1992, donning her own harness, plus a ball gag for good measure, in the video for “Erotica.”

After Madonna got over her public S&M phase, 20 years went by without high-profile instances of harness-wearing. Then, Lady Gaga released her creepy-sexy video for “Yoü and I,” which bypasses S&M in favor of a mad scientist performing body modifications in a deserted barn. Hot! Gaga called on Zana Bayne, an NYC leather company which has also strapped Madonna, Nicki Minaj, Beyoncé and even Celine Dion into its concoctions.

A certified platinum record is not a requirement for slipping into one of Zana Bayne’s leather goods, though. The label’s harnesses are available online and also in person at Dover Street Market in New York City (a sex harness seems like the type of thing one might want to try before buying).

Chromat and The Blonds also showed harnesses as part of their autumn and winter 2015 collections, and styled them in ways that were clearly intended to be seen outside the bedroom—or the secret sex dungeon, as the case may be. Fleet Ilya makes a suede harness, a ’70s-S&M crossover garment no one knew they needed.

It is easy to imagine everyone’s most confident friend throwing a harness on over a black underwire bandeau (bandeaus are the harness gateway drug).

“What?” she will whine when looked at askance. “It’s not like this is making me any more naked.” 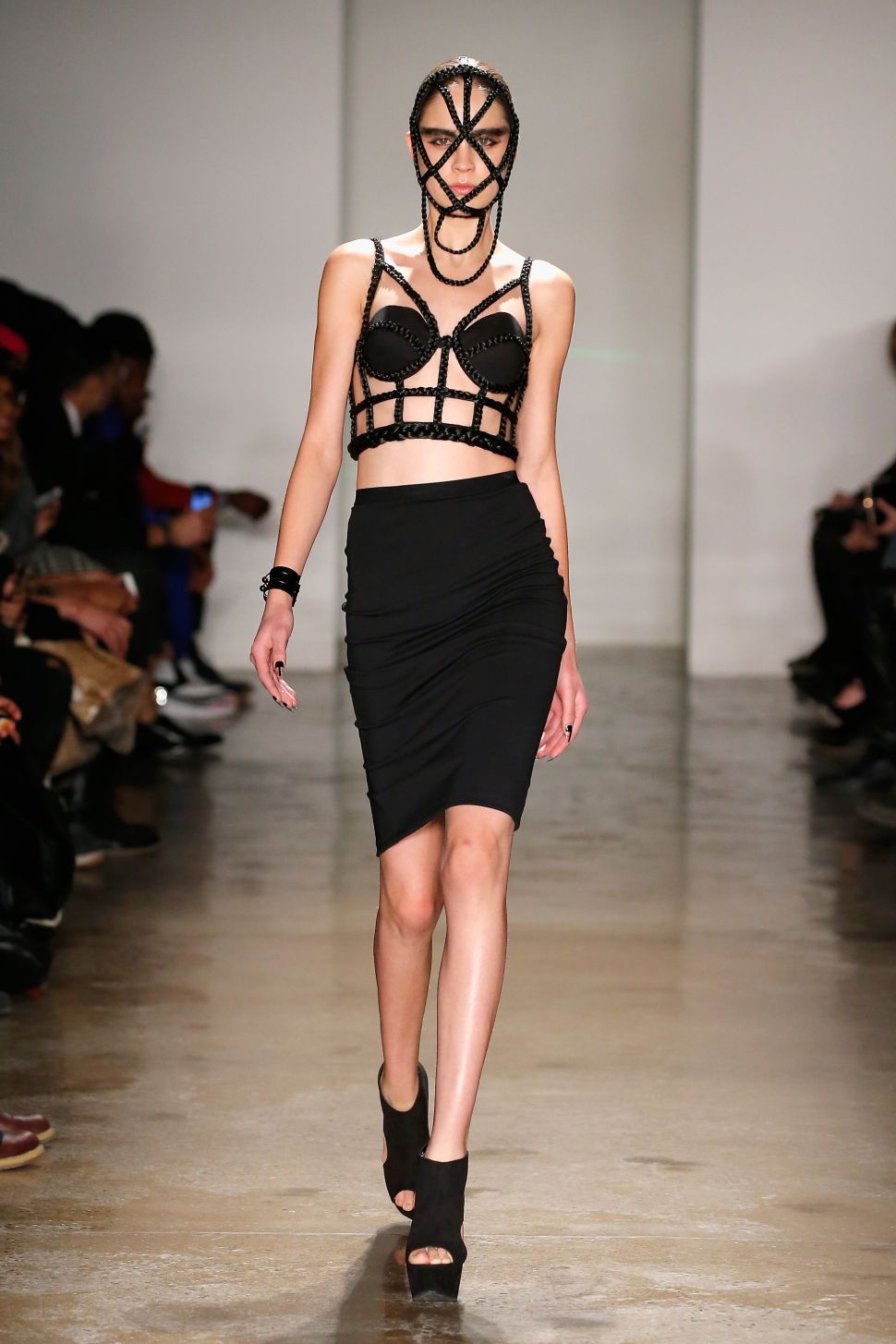