Whoever goes and lands the GOP nomination would face Democratic incumbents Assemblymen Tim Eustace and Joe Lagana, both Democrats.

Both men have run before and lost in LD38. In both cases they lost when state Senator Bob Gordon – Eustace’s and Lagana’s running mate – occupied the ticket.

On the state senate throne and not up for re-election this year, Gordon won’t be there.

Driscoll opposed Gordon unsuccessfully in 2011. Trawinski lost to Gordon in 2003. 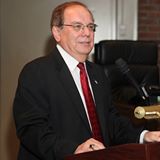