No longer content to just post and promote satirical news clips from other companies, The Huffington Post is launching its own satirical weekly news show, the company announced today.

The HuffPost Show, which looks like The Daily Show crossed with The Soup, is being billed as “a smart, satiric look at the week’s top news stories, and will feature a blend of provocative commentary, lively panel discussions, edgy digital videos, and celebrity interviews.” Shot in front of a live studio audience in LA and broadcast during what the outlet has dubbed “digital primetime” (Friday nights), it will be co-hosted by Roy Sekoff, the creator and head of HuffPost Live, the tv news-style streaming network, and current HuffPost Live host Marc Lamont Hill.

“We are obviously experiencing a revolution in the way people find and consume what we’ve traditionally thought of as TV. These seismic shifts afford us a fantastic opportunity to deliver a digital-first series that is infused with the HuffPost’s DNA – and features a broad editorial mix that quickly goes from high brow to low brow,” Mr. Sekoff said in the promo for the new show. “As we like to say at HuffPost: come for the immigration debate, stay for the Kardashians. We’ll combine the kind of news-with-a-satiric-edge that people clearly are hungry for with The Huffington Post’s expertise in creating and promoting viral content.”

Satirical news shows have proliferated of late, helped along by eager aggregators making segments into quick blog posts. The HuffPost Show is not trying to replace Jon Stewart. Like a large bag of M&Ms, the show is being marketed for its shareability.

“The show will live-stream on The Huffington Post front page and is designed to be broken into short segments that can be viewed on demand and easily shared,” said the announcement.

Well, we can think of at least one major online news and aggregation outlet that will be happy to share the easily sharable segments. 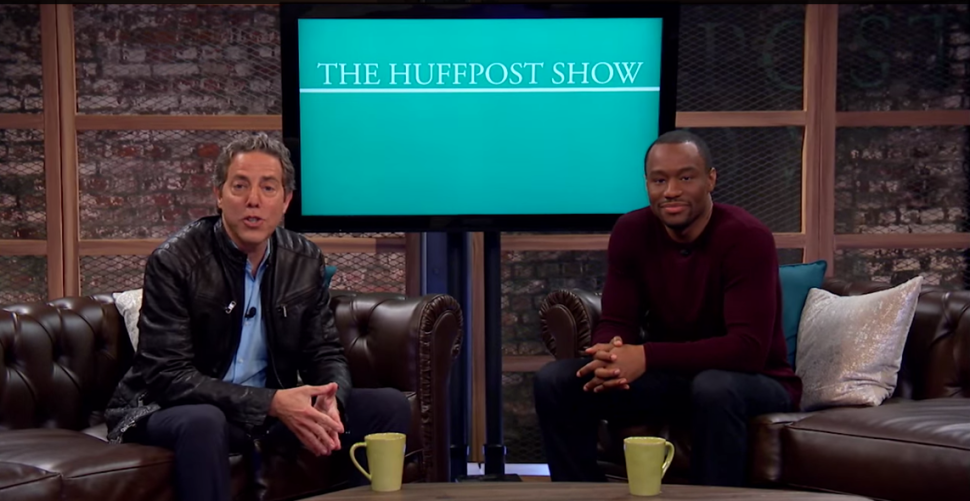