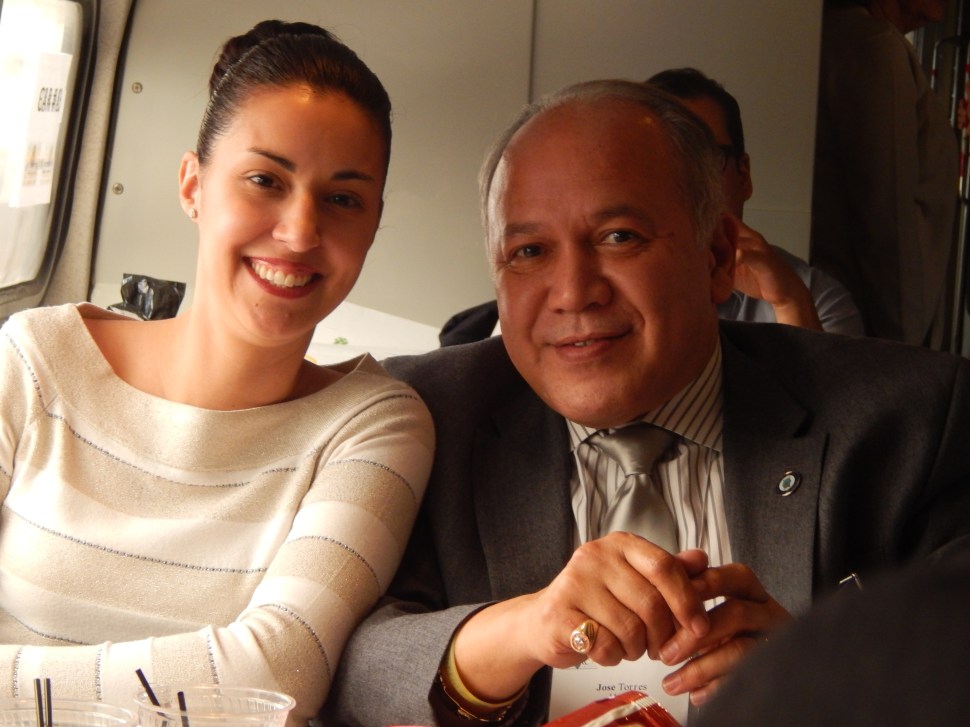 People – government, business and politics types – who have long labored to project a certain seriousness and soberness, began more markedly slurring their speech around Baltimore.

The chartered Amtrak train at times lurched violently on the way toward Washington, D.C,, and this made the presence of those happily imbibing – and simultaneously moving – travelers slightly hazardous.

By the time it ground into D.C., every look back at a carful of passengers revealed a lurid  red-eyed returned stare of 100 sets of eyeballs accompanied by the sound of trains on tracks and ice cubes in plastic cups.

Jersey City Mayor Steven Fulop, crunched into an adjoining stall with Bob Sommer and Chief of Staff Mark Albiez, held court, and caught the gaze of Republican attorney Brian Nelson, who grinned down at the mayor, as if challenging Fulop to put more money down in Monmouth.

The two have a history,.

Nelson backed Fulop with a fundraiser when Fulop ran for mayor.

Then Fulop, a Democrat, contributed to the campaigns of two Democratic candidates backed by his ally, Monmouth County Democratic Chairman Vin Gopal. 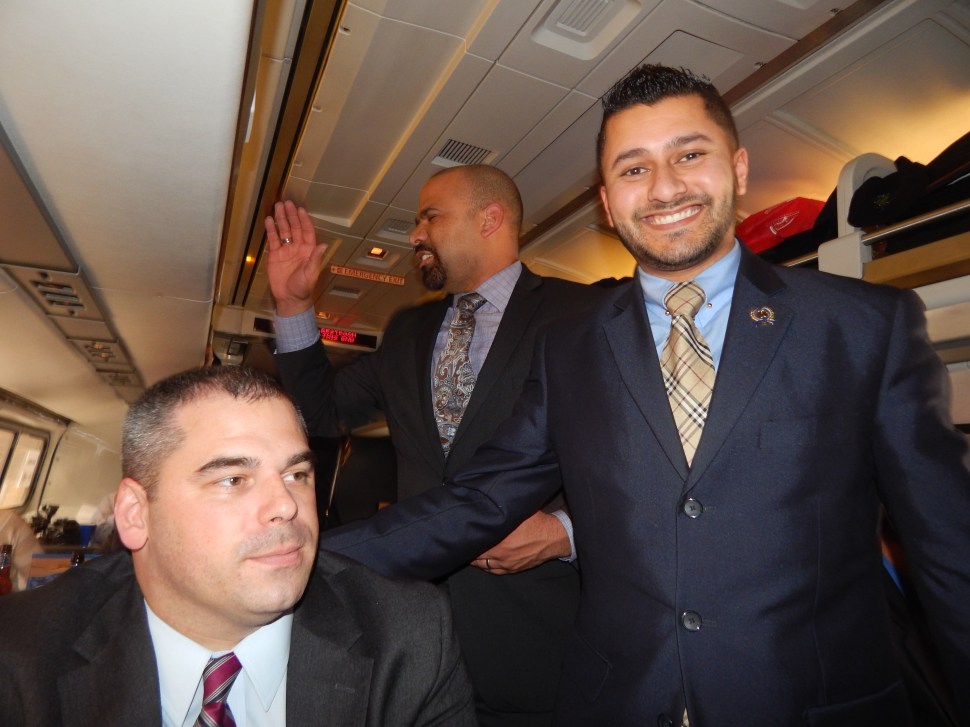 Part of the drama contained the lack of dramatic intrigue around Republican Governor Chris Christie’s presidential run. It didn’t dominate conversation. The train seemed to be racing past that event, amid ongoing debates over stalled Transportation Trust Fund (TTF) talks, as if the governor still plays a governmental function but not a compelling political one.

As is his custom, Senate President Steve Sweeney (D-3) did not ride the train, where his rivals, Fulop and former U.S. Ambassador to German Phil Murphy gamely glad-handed. 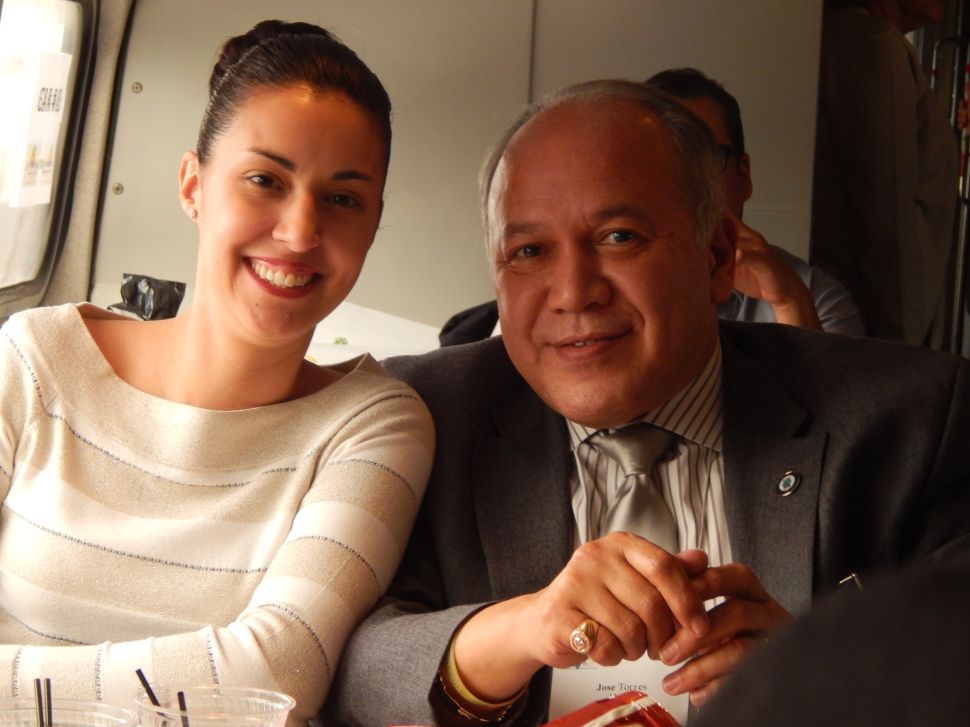