The once-unknown Vivian Maier is now a star. A documentary about the Chicago nanny turned photographer is up for an Oscar this Sunday. People who never walked into an art gallery know her name.  People who walk into art galleries are buying her pictures.

But in 2007, all that was known of her to John Maloof, co-director of the documentary Finding Vivian Maier, were boxes being auctioned from storage lockers with unpaid rent. Mr. Maloof bought the boxes for $380, seeking historical photographs for a book he was planning. He found hundreds of rolls of undeveloped film, 100,000 negatives and all sorts of ephemera.

“They weren’t useful for the book, so I put them away. I put them in a closet, and took them out later,” he said. “Nobody, including myself, knew that this would be a historically important photographer. Nobody.” he recalled.

The cache was Maier’s. Vivian Maier (1926-2009), a nanny for much of her life, never exhibited her work, and made few prints. She photographed the street, mostly in Chicago, but also in New York and elsewhere.

Her images, from the 1950’s and 1960’s, feel like a localized glimpse of Robert Frank’s The Americans, another take on that era’s rich street photography—city boys playing tag in an alley, cops hauling off a drunk on Christmas Eve, haughty Wasps preening in front of the New York Public Library, and many thousands more.

Her pictures, once Mr. Maloof looked at them, revealed a remarkable eye. But a 2009 obituary in a Chicago newspaper, placed by children who had been in her care decades before, simply mourned a suburban nanny. Parallel stories emerged—of a solitary pioneering vision and of a fiercely private woman caring for children.

French by origin, she was tall, ungraceful, and plain—a somber female Jacques Tati, standing above and apart from the lives that she observed. Maier’s instrument was a two-lens Rolleiflex, a camera which requires looking down into lenses held at chest-level. She wore it around her neck like a stethoscope.

Mr. Maloof put some of the pictures she took with it on the Internet, and then on Flickr, where they went wildly viral. Later, came a mobbed show at the Chicago Historical Society, reprised in New York (at the prestigious Howard Greenberg Gallery), London and Los Angeles.

The back-story was as seductive as the pictures. Maier, born in New York in 1926, spoke English with an odd French accent—she also spoke and wrote French, and lived in France as a child and a young adult. Her un-shown pictures seemed sui generis, yet we know that she lived with the photographer Jeanne Bertrand as a child, and visited MoMA’s pioneering 1955 photo exhibition, The Family of Man in New York.

Her stealth street pictures relied on subjects being unaware of being photographed, but it was hard to be invisible or discreet as an oddly attired tall woman with a Rolleiflex. Then there were the self-portraits, often tricks with mirrors or shop-windows, playful and conceptual, with a poker-faced Maier looking straight ahead. The reticent woman seemed most comfortable in the picture frame, provided that she was the one who controlled the shutter.

Maier represented “the democratizing and addictive natures of photography,” which helps explain her popularity now, says Marvin Heiferman in Vivian Maier: A Photographer Found, the latest book on the enigmatic artist. “The same way that we take pictures one after another compulsively, and let them sit on our phones—she did the same thing in an analog version of that,” he said, “She’s become a role model or patron saint of a certain photographic way of moving through the world.”

The pictures are also selling, from $2,000 to $12,000. These are far from Diane Arbus or Cindy Sherman prices, but Maier’s images attracted all sorts of new buyers, said Manhattan dealer Howard Greenberg.

In 2009, Mr. Maloof, with Charlie Siskel (nephew of film critic Gene Siskel), began the self-financed documentary, a four-year project. Made for some $300,000, the film took off at film festivals worldwide, eventually generating $1.5 million at the US box office, and the Oscar nomination.

Last summer came a problem. A lawyer claimed to have found a man in France who was next of kin to Maier, who left no will. His existence led officials in Cook County, Illinois, to initiate probate proceedings. Amid the confusion, Merry Carnowsky Gallery cancelled an exhibition of Maier’s work set to open in L.A. in late 2014. Losing exposure in Hollywood damaged the doc’s Oscar ambitions, given the town’s high concentration of Academy voters. “It would have been huge—for the Academy, for the archive, for everything,” Mr. Maloof lamented.

Yet the dispute is softening, after some threatening letters, says Mr. Maloof, since there’s too much at stake in Maier for everyone concerned. Howard Greenberg notes that he never stopped selling Maier’s work, “since it all benefits the estate.”

Mr. Maloof and Mr. Siskel have now been approached by producers seeking to make a dramatic film about her. A second screen life? All for $380 at an auction. But we’re still no closer to knowing why she kept those pictures secret. 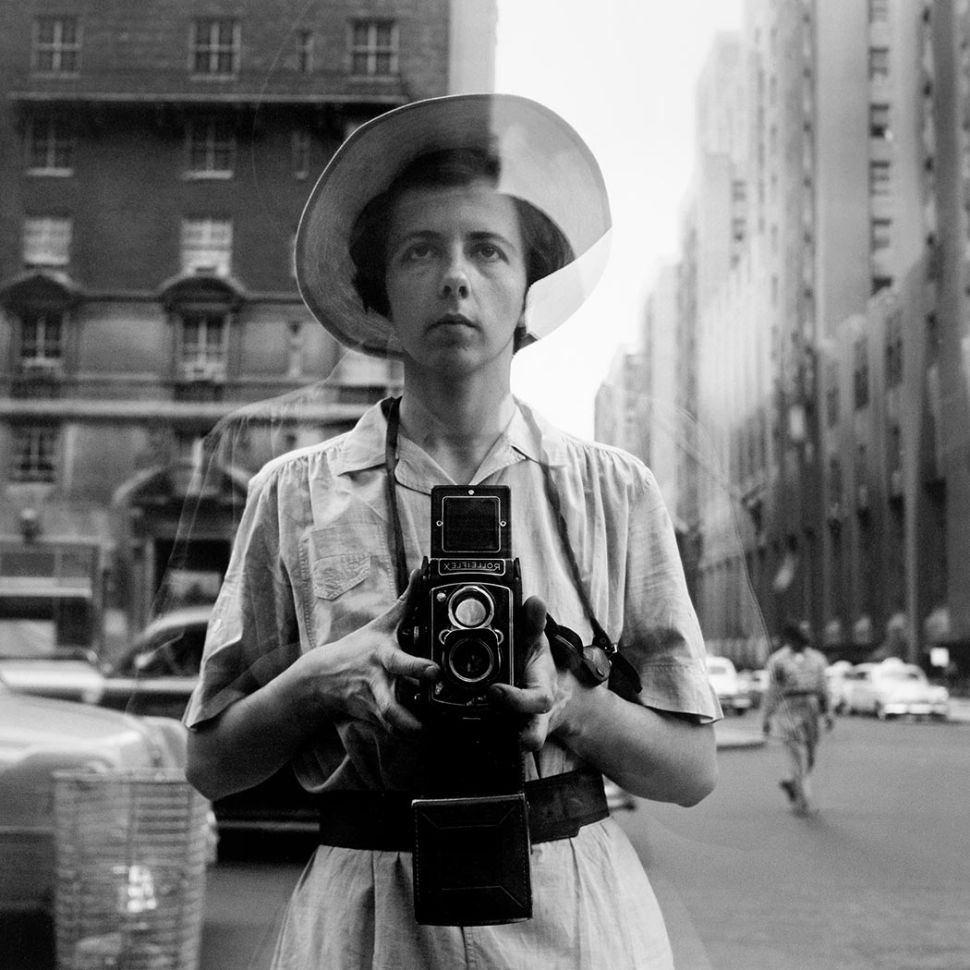