The sound of the Velvet Underground was such a dramatic break from the past that it would be easy to believe the band emerged from a manger in the Factory, fully formed and begging for myrrh; but virgin births are remarkably rare outside the New Testament. Not only does Angus MacLise’s New York Electronic 1965 offer essential clues regarding the Velvet Underground’s genesis, but it also provides a glimpse at a remarkable time in New York music that has until now largely been lost in the shadows.

Although MacLise left the Velvet Underground early (and Conrad was never an official member), Cale, MacLise and Conrad essentially shaped the sound of the Velvet Underground by defining the idea that Young’s heavenly raga-esque machinist drones could be modified for small ensemble use. MacLise went on to live a brilliantly beat life conjuring strange words and music, prior to a too-early death in Nepal in 1979.

New York Electronic 1965 (the most recent of a small handful of posthumous MacLise releases) displays a vocabulary of fizzes, scrapes, sustains, buzzes, and quasi-environmental randomism that feels modern and familiar, and slots in comfortably alongside the work of Eno, Sonic Youth, Throbbing Gristle, and early krautock; that MacLise was doing all this 50 years ago is, well, stunning. Three of the album’s seven tracks (all the ones with the word “Trance” in the title) were recorded with Cale and Conrad in 1965; these are miraculous looks at an ultrasound of the embryonic Velvets, loaded with hissing, humming drones and double-strummed shuffling noise guitars. It’s incredible to think that at the same time the Beatles were recording “Act Naturally,” MacLise and co. were already 3/5ths of the way to “Black Angel Death Song.”

The encroaching Beatle-ism of the mid-’60s (i.e., the concept that all young musicians would be compelled to channel their efforts into pop and combo-rock, not art rock or avant-garde) postponed the invention of true art rock in America for at least a decade, and ultimately marginalized the pioneering work of artists like MacLise and Conrad. But everyone loves a good alternative history; in mine, New York City flourishes as a center for rock-affected artistic expression, as West Germany did in the 1960s and 1970s (West Germany lacked the pop-radio infrastructure that incited all developing rock acts to conform to three-minute melody-centric formats; because of this, local artists exploded without limitation).

New York Electronic 1965 is a remarkable peek into a world where the words “rock” and “pop” were not yet synonymous, and anything was possible as a new generation wrestled with merging rock memes with avant-garde experimentation. 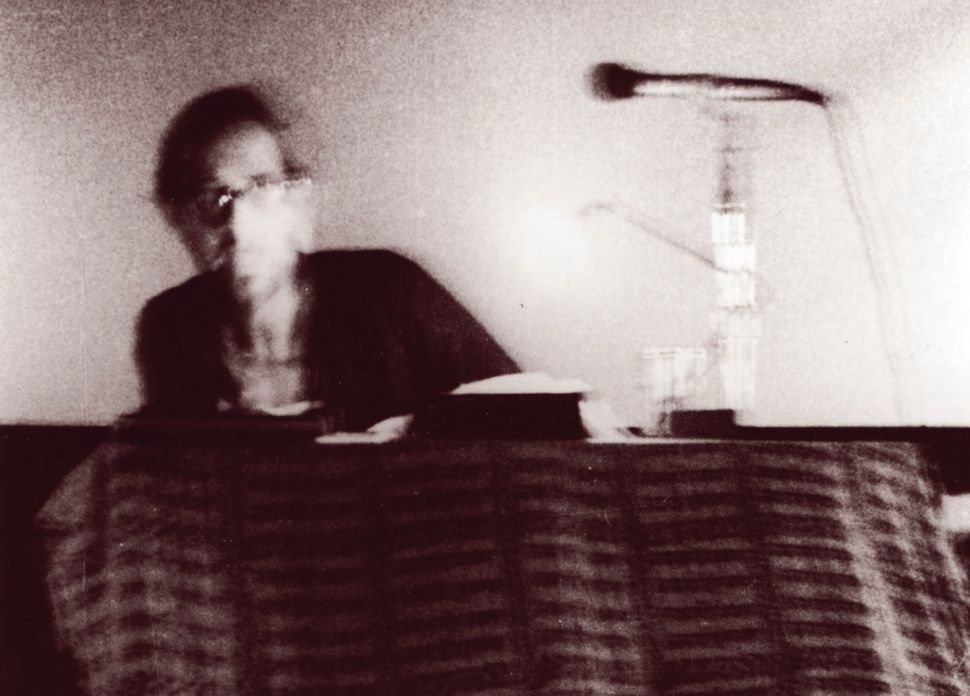