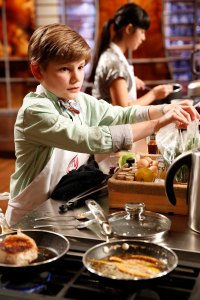 Logan Guleff is just 12-years-old. Last month, in front of his fellow young competitors and 5.6 million viewers around the globe, he was crowned by Gordon Ramsey as the winner of the Fox Network’s wildly popular second season of MasterChef Junior. His winning dishes included an appetizer of grilled shrimp prawns with smoked saffron aioli and olive tapenade, an entree of salt-crusted branzino with chimichurri sauce, and a dessert composed of Meyer lemon madeleines with goat cheese mousse and berry compote.Though this may be the largest feather in Logan’s cap, it is certainly not the only one. Logan is playing the long game.

Prior to his appearance on MasterChef Junior, he had already appeared on network morning television, contributed to a FutureChefs cookbook series, and visited The White House after winning Epicurious Kid’s State Dinner Healthy Lunch Challenge. “I’ve done a bunch of contests,” he tells me over the phone from his native Memphis, Tennessee. “I also won the JIF [Most Creative Sandwich] Contest, and I got a free trip to NY and a bunch of money from that, and I did a Spam sandwich contest, and I got thirty dollars from that. That was pretty hard, and I’m not too sure my mom has forgiven me for asking her to help me grate Spam. I don’t think she has.” Throughout these competitions, he appeared as a well-packaged caricature complete with his signature bowties, which likely sparked interest in Fox casting directors. “All of them are handmade by my God Mother,” he says of his neckwear. “The day before the show, she made 14 of them, but now I have more – maybe 30 now.”

Perhaps the only thing that has changed since MasterChef Junior has ended is that he gets recognized, even at his favorite haunt in Memphis. “Yes, getting recognized is very cool,” he confessed. “I have a favorite restaurant called Elwood’s Shack, and I go there often. A person went up to the counter the other day and said, ‘Do you know who’s eating here? The MasterChef Kid!’ and they just said, ‘He’s here all the time.'”

To capitalize on this recognition, which seems to be a wholesomely orchestrated effort on his own accord sans puppet-string-wielding manager, he hopes to follow in the footsteps of the judges who crowned him.”I hope to do a cooking show,” he begins before diving into a list of additional projects. “I have an entire blend of spice rubs going on, I’ve got a few egg seasonings, I’m working on a few barbecue seasonings. I just got certified for barbecue judging, so I’m hoping to start that soon. I also have a YouTube channel. I’ve been doing it for about 3 years now, and I’ve made a few dollars with the ads which is really cool. I have maybe 90,000 views on it total. So it’s getting really big.” 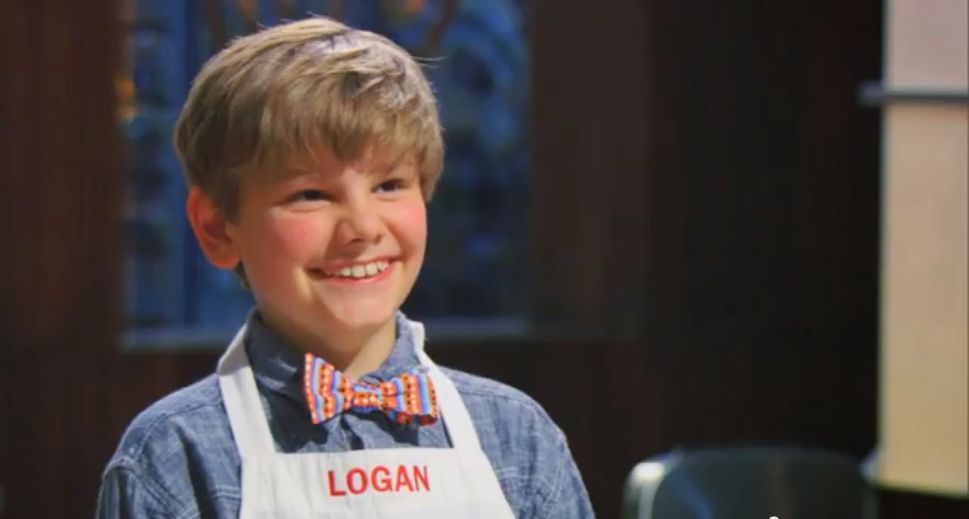