Every day, there are 10 million cyberattacks against the United States—but statistics like that can rapidly fade from memory when there’s no visible threat. There are no fried computer mainframes, no infrastructure malfunctions, no “cyber murders,” no measurable damage of any kind.

An interactive map by Kaspersky makes that threat visible in a live simulation they call the “Cyberthreat Real-Time Map.” If the name Kaspersky sounds immediately familiar, they’re the Russian cybersecurity firm that just exposed an NSA-led spying program that managed to penetrate deep into the firmware of computers found in 30 different countries.

With click-and-drag navigation, you can monitor millions of daily attacks—things like malicious email attachments and hostile web-based objects. Think of it as Google Earth, only instead of taking you on virtual tours of your hometown or favorite dream destinations, it visualizes the new frontier of the world’s fastest-growing security crisis.

The data is pulled from the distributed network of computers that uses Kaspersky’s anti-virus solutions. It’s similar to a map by St. Louis-based Norse, except that the Norse map shows attacks on decoys called “honeypots” that the firm set up for the sake of mapping threats—real attacks, but on fake targets.

The map hypes up the drama of cyberwarfare, to be sure. In demo mode, the camera view zooms through the world’s valleys and topography as rainbow-colored arcs fly silently across the permanently black sky. A moment later, the camera travels along the imaginary, parabolic arc of a malicious executable as if it were a intercontinental ballistic missile. The map also makes it look like these countries are at war—that these are assaults from one nation on another’s homeland—when the truth is that we often can’t figure out if an attack is state-sponsored even if that state boldly endorses the attack to begin with.

Leon Panetta was mocked incessantly for suggesting that there might be a cyberwar “Pearl Harbor” event that will make it clear how important cybersecurity is, painting a fanciful picture of a crisis where a few lines of code could lead to catastrophic loss of life. Though it’s absurd to consider that embedded systems are either omnipresent or vulnerable enough for this event to be right around the corner, he makes one point worth considering: The first step in solving a problem is admitting you have one—and in order to admit it, you often have to see it for yourself. 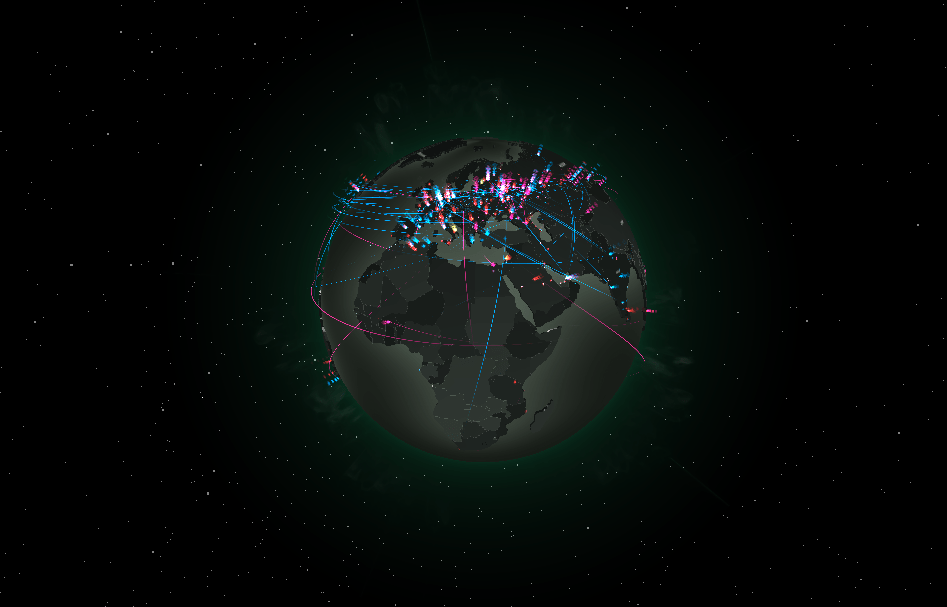