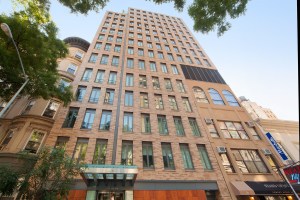 The condo at 230 West 78th Street that Stephen P. Murray, the former CEO of the private equity firm CCMP Capital Advisors, and his wife, Tami, just sold off for $11 million, according to city records, must have felt positively cramped compared to the Stamford, Connecticut spread that they list as their primary residence. Indeed, Farm Lane Road has just the sort of humblebrag ring of refined rural-ish life that might flatter a gentleman farmer with Wall Street ties, and Mr. Murray’s estate there appears to sprawl nearly 8,000 square feet(!). The Upper West Side-pad, which was listed with Lori Ben-Ari, of CORE, meanwhile boasts a mere 3,840 square feet.

Still, we’re sure the buyers, Bruno Mejean and Martina Hund-Mejean, who are moving from a considerably more modest building in the neighborhood, will find some way to make do. (It seems to us that the pair well deserves the upgrade; Mr. Mejean is the executive vice president of corporate development at an investment firm, while his wife is CFO at Mastercard.) 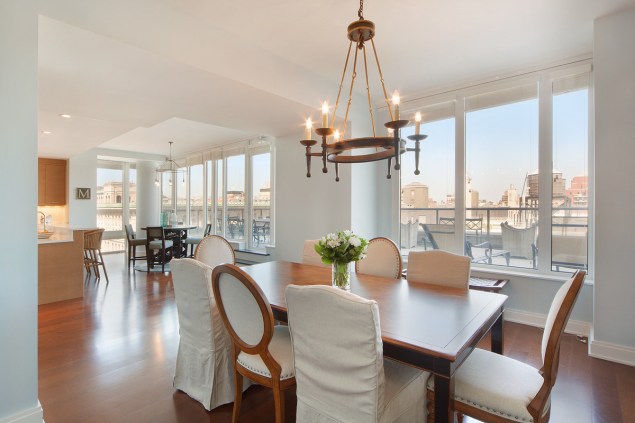 And to our eyes, anyway, the new apartment looks quite lovely, if not terribly exciting. The four-bedroom home is accessed from a private landing on the 16th floor and sports a terrace facing east, west and north off the living room, affording views of the Hudson River, the Metropolitan Museum and Central Park. Inside is nice, too. Walls are done in unobtrusive shades of Easter egg-blue, and the condo has the open layout and clean lines befitting a building constructed in 2008. The Viking and Miele-bedizened kitchen is of the eco-friendly variety (Mr. Mejean’s firm, after all, is known as Renewable Energy Trust), the the secluded bedroom wing offers an array of southern exposures, plus en suite baths.

Hey, there’s even a mud room! 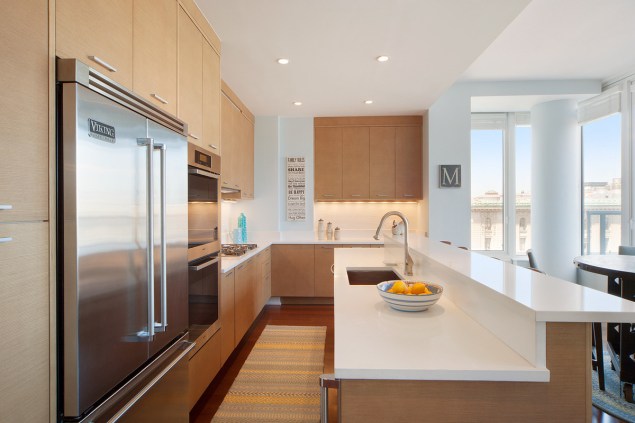 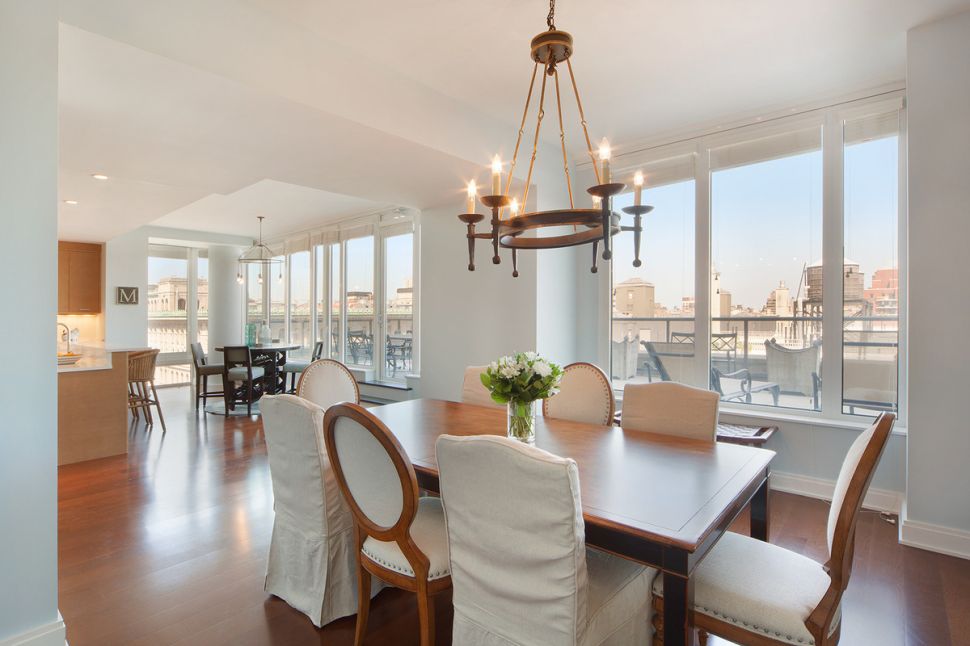