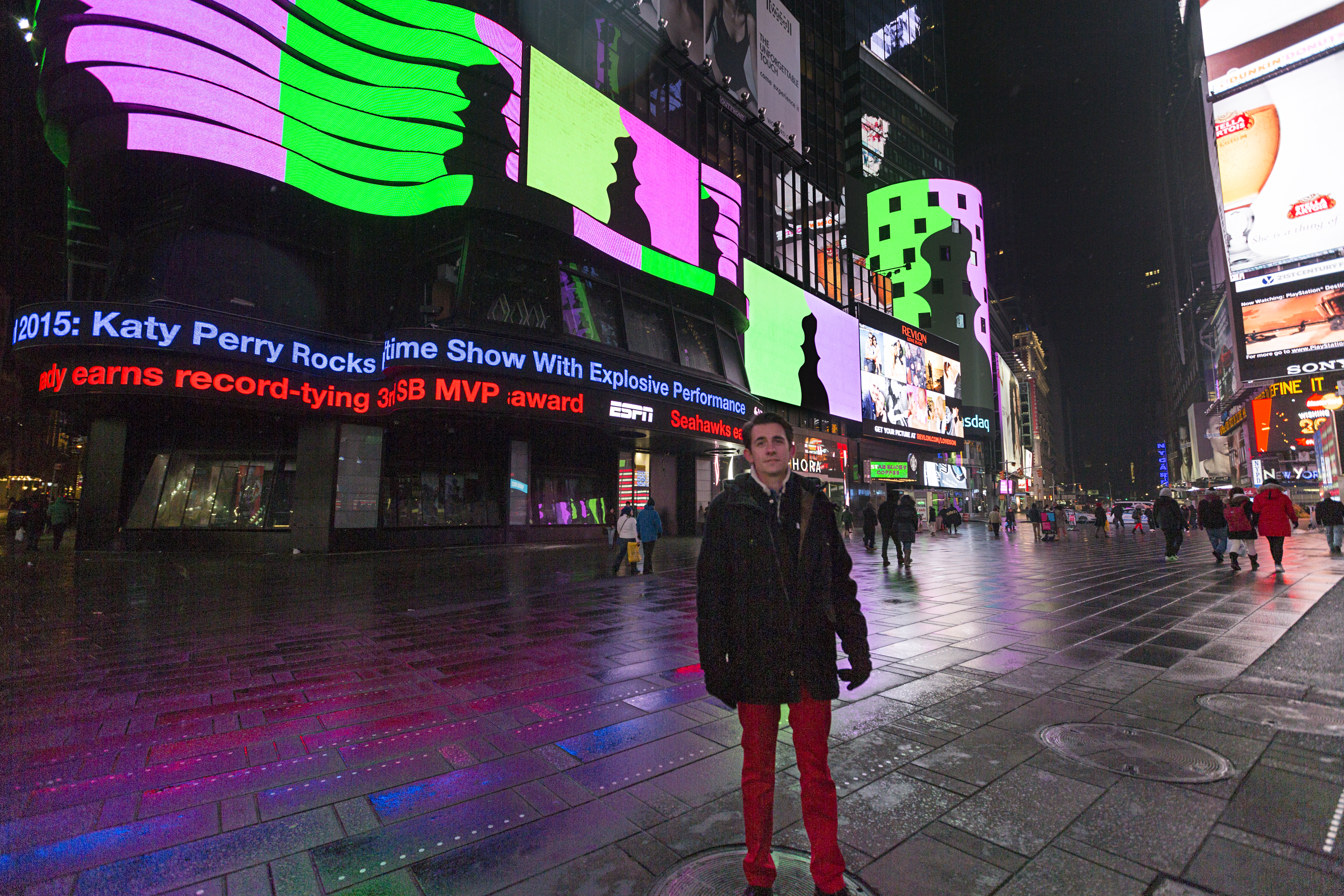 Rafaël Rozendaal’s Much Better Than This will be up in Times Square every night from 11:57pm-midnight. (Photo: Ka-Man Tse for Times Square Arts)

Every night in February, the screens of Times Square will display the video work Much Better Than This by Rafaël Rozendaal, which consists of a silhouette of two faces kissing each other. That’s right, forlorn ones—as if a lonely Valentine’s Day stroll through the anti-romantic environs of billboard-plastered Times Square isn’t sad enough, single pedestrians will spend their freezing commutes looking at kissy faces make out above them every night of the month.

The exhibition is part of Midnight Moment, a coordinated effort by sign operators in Times Square wherein a video artist takes over the screens. The Times Square Advertising Coalition and Times Square Arts collaborated to launch this program in May 2012.

It looks like Times Square is competing with itself for countdowns and midnight kisses, turning its attention away from New Year’s Eve and onto Valentine’s Day. A countdown signals the start of the presentation and love-themed image sparks romance for all. Unless you’re heartbroken and can no longer bear the thought of intimacy with another human being. If that’s the case there probably won’t be any romance sparking for you.

“Everything from the annual Valentine Heart on Duffy Square to weddings, proposals and vow renewals can be found on the Broadway plazas this February,” Tim Tompkins, President of the Times Square Alliance, said in a press release. “Rafaël Rozendaal’s stunning piece will be a beautiful kiss to mark a month celebrating Love in Times Square.”

Stop by Times Square from 11:57 until midnight on any night in February to see the art, snuggle with a loved one, or cry. 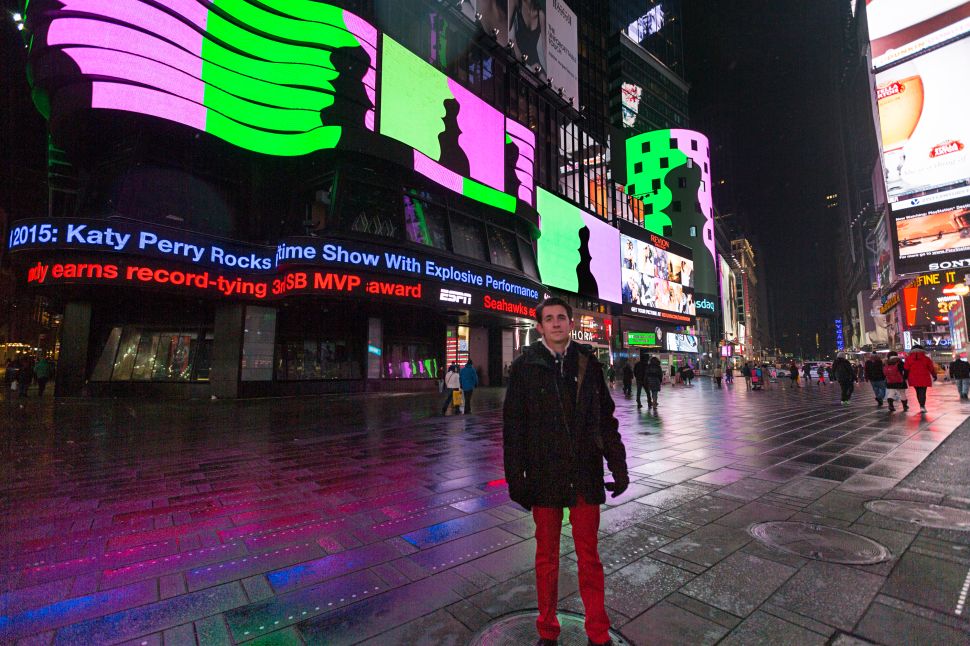