Do you ever wonder what became of that pair of socks you left behind at a hotel? They ended up part of Zach Hyman’s “Mythologies: Artifacts From Lost & Found” exhibit. Kicking off with a preview party tonight, the show features 18 different artifacts that have been presented as items left behind by travelers at YOTEL, along with fictional stories/anecdotes about what they are and who left them. The socks are totally yours. Four at YOTEL, 570 10th Avenue, 7-9 p.m., invite only

Want to have lunch with model Ines de la Fressange, designer Tory Burch and writer Gillian Hearst Simonds? Want that lunch to be at the perennially beautiful Daniel? Good news. The Society of Memorial Sloan Kettering and shoe designer Roger Vivier are hosting an annual Winter Lunch to benefit the research and treatment of pediatric sarcoma. Daniel, 60 East 65th Street, noon, invite only

As the Kid Rock song states, we all wish someone would give us some sugar. Craftbar complies, with its Sugar Shack Dinner. Expect delicacies, including smoked duck with orange marmelade and whipped venison sausage with cornmeal pancakes, that pay homage to Quebec’s cuisine. Craftbar, 900 Broadway, 7 p.m., $85

In November, even if you’re uncoupled, you have Thanksgiving, in December Christmas/ Hanukkah, in January New Year’s and in February … the Winter Wine Festival. I know it’s completely horrifying to venture to Times Square at absolutely any time of year, especially in the winter. But for today, fight past the hoards gawking at tall buildings and marveling that people can live so high in the sky. The Best Buy Theater is transformed into an oenophile’s paradise. It boasts over 250 wines. They’re sourced from around the world so you can finally find out if you’re the kind of person who really does like reds from South Africa, or if you’ve just been saying that to sound cool at Paris Review parties. There will also be a contemporary jazz performance by Grammy nominated Special EFX, and, of course, cheese. And fruits! And pasta! And antipasto (which is not, to my eternal sadness, a negation of pasta). Really, anything you could want to accompany your glass of wine. And you get to take the glass home with you. And people say there’s nothing to celebrate in February. Best Buy Theater, 1515 Broadway at West 44th Street, 3-6 p.m. and 8-11 p.m., newyorkwineevents.com, $69-$89

When I was a child, I thought that when I grew up I would wear ballet shoes every day. Not because I was a ballerina, just because they look cool. Now that I am an adult, I realize this would be impractical, in the way that I’ve realized that eating ice cream and waffles for dinner every night is impractical. But no! I do not say that! To either thing! I think I’ve just been biding my time and waiting for the right pair of ballet shoes. I’m going to find them this weekend at the Pointe Shoe Workshop and Fair at the School at Steps. Theoretically, the event is for real ballerinas, but, in practice for everyone (especially future fashion icons) Amy Brandt (Pointe Magazine editor), Leslie Browne (former ABT principal and master teacher), Dr. John Brummer (podiatrist), and Misty Copeland (ABT soloist) will be discussing Pointe shoes. And they’re for sale, obviously. I really think we can make this a trend, or, at the very least, trick people into thinking we’re ballerinas. You watched Black Swan, right? We can definitely pull it off with a little effort. The School at Steps, 2121 Broadway, 6:30 p.m., stepsnyc.com, $10 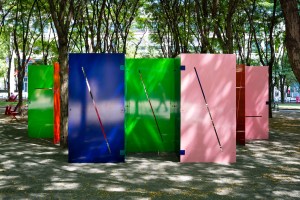 Have you checked out “Sam Falls: Light Over Time” interactive exhibit yet? Do. It features a series of objects that are designed to be altered by light, so, for instance, one side of a maze is covered with UV protection while the other isn’t. You might also enjoy the sky-lit “light rooms.” MetroTech Center, Jay Street and Flatbush, all day, publicartfund.org, free

David Yurman is opening in Soho! And he’s joining with New Yorkers For Children and co chairs Amy McFarland, Dana Auslander and Marisa Brown to celebrate it. Really good time to pick up some jewelry prior to Valentine’s Day, guys. David Yurman, 114 Prince Street, 7 p.m., invite only

I strongly believe that Fifty Shades of Grey is predominantly enjoyed by women who think that signing an absolutely insane sex contract is a fair trade for riding around in a private jet. It’s not. Don’t get me wrong, private jets are great, but you can fly on them without sex contracts. I do, however, also love makeup, so I’m really looking forward to Make Up Forever’s Fifty Shades of Grey screening. Tribeca Grand Hotel, 2 Avenue of the Americas, 6 p.m., invite only 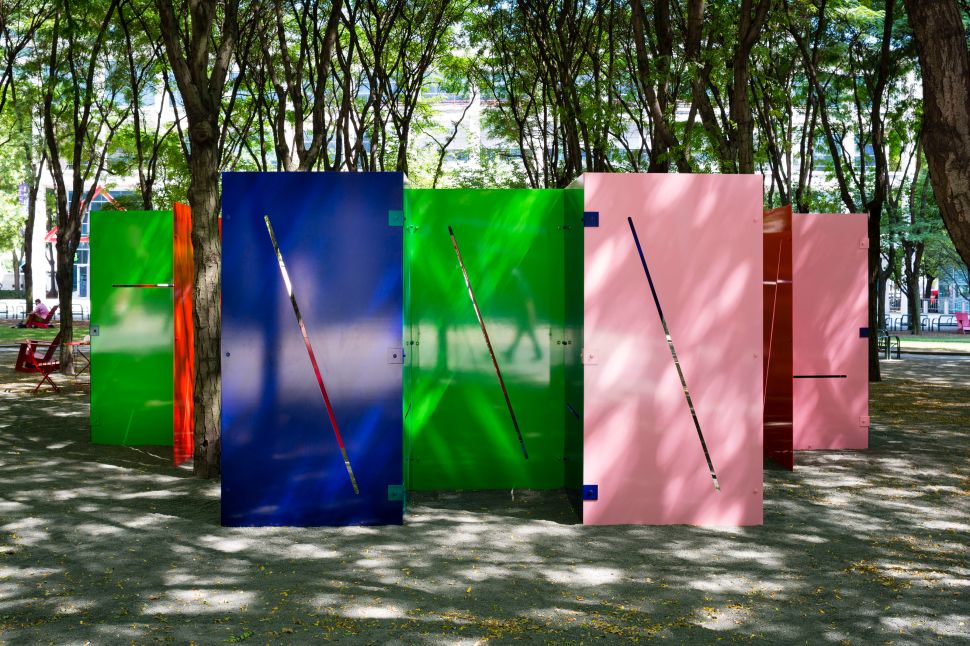