“The greatest trick the Devil ever pulled was convincing the world he didn’t exist.”—Verbal Kint in The Usual Suspects

The second greatest trick may be the insurance industry’s success in getting more than half the states to implement “tort reform.” That achievement was based on the promise that restricting victims’ ability to bring medical malpractice suits would improve healthcare and reduce its cost. Those myths have now been completely dispelled.

The last bubble to burst was the idea that doctors, fearful of getting sued, practice “defensive medicine,” prescribing unnecessary and costly tests and procedures. That myth was dispatched by the recent publication of a major study in the New England Journal of Medicine. A team of five doctors and public health experts found that tort reform measures passed in three states—specifically designed to insulate emergency room doctors from lawsuits—did nothing to reduce the number of expensive tests and procedures those ER doctors prescribed.

This latest study follows numerous others that deflated other tort reform myths: that making it harder for victims to file medical malpractice lawsuits would reduce the number of “frivolous” suits that “clog the courts”; that imposing caps on the damages victims could receive would reign in “out of control” juries that were awarding lottery-size sums to plaintiffs; and that malpractice insurance premiums would fall, thereby reversing a doctor shortage caused by specialists “fleeing the profession.”

None of these promised benefits became reality. That’s because the alleged problems were themselves non-existent. Perhaps the most telling fact is that the Department of Justice found that the median med mal award in jury-decided cases was $400,000. In bench trials, where the judge also serves as the jury, the median award was $631,000.

The tort reform boom started in the early 1980’s when California imposed a $250,000 cap on the amount victims of horrendous negligence could collect. More than half the states followed with their own measures capping damages, reducing the amount of time victims had to discover and bring a lawsuit, and even limiting the amount of money lawyers could be paid for representing clients.

The latest blockbuster revelation looked at the impact of tort reform restrictions implemented in three states over 10 years ago. Texas, Georgia, and South Carolina passed legislation that made it virtually impossible to sue doctors or hospitals for emergency room treatment. The study examined 3.8 million emergency department visits at 1166 hospitals between 1996 and 2012.

Why ER visits? Because the researchers knew that “emergency physicians practice in an information-poor, high-risk, technology-rich environment.” It was a setting, they noted, that “might lend to defensive practice and magnify the costs.”

What they found was that doctors in the tort-reform states—who were virtually immune to malpractice suits—prescribed just as many MRIs and CAT scans as doctors in the control states. Removing the risk of getting sued didn’t change doctor behavior.

In fairness, tort reform legislation has helped doctors a little. While insurance premiums haven’t gone down, their price increases in tort reform states have gone up a little slower than in non-reform states—the lag is between 6% and 13%. That hasn’t constrained the insurance industry from showing record profits. Average returns for malpractice carriers hover around 15.6%, far better than the 12.5% for the property/casualty segment. And the malpractice insurers’ loss ratio—the percentage of claims to premiums—is a remarkably low 61.1%.

At the same time that the tort reformers were succeeding in limiting victims’ access to the courthouse, medical researchers were documenting an obvious but disturbing truth: hospitals are dangerous places. In 1999 the Institute of Medicine at the U.S. National Academy of Sciences published its seminal study, To Err is Human, which concluded that between 44,000 and 98,000 patients are killed (and many more injured) in hospitals each year due to medical errors. That number—which is higher than automobile and workplace accidents combined—doesn’t include deaths in doctors’ offices or clinics such as the one where Joan Rivers recently died. By 2011, a study in HealthAffairs estimated the number of avoidable deaths was probably closer to one million.

Several studies have agreed that only about one in ten cases of serious negligence—and only 1% of all adverse medical events—ever result in any sort of legal action being initiated.

Sadly, the tort reformers’ success has had one unintended consequence that hurts everyone: they have slowed down progress in patient safety initiatives. It is well documented that major reforms in anesthesiology in the 1980’s were the direct result of anesthesiologists’ frustration with many large malpractice verdicts against the specialty—and the attendant negative publicity. In response, anesthesiologists revamped their procedures, established mandatory monitoring, improved training, limited the number of hours anesthesiologists could work without rest, redesigned machines and outfitted others with safety devices. Within 10 years, the mortality rate from anesthesia dropped from 1 in 6000 administrations to 1 in 200,000. And anesthesiologists’ malpractice insurance rates fell to among the lowest of any specialty. Since the success of the tort reformers, other specialties have felt less pressure to undertake similar self-reflective reforms.

It is important to dispel one more myth: medical malpractice cases are about money. It is certainly not about money for the lawyers who represent these victims on a contingency basis. In New York, medical malpractice attorneys do not receive the one-third of the settlement or verdict that every other type of attorney is entitled to. Instead, because of lobbying by the insurance and hospital industries, lawyers receive a sliding scale that starts at 30% and quickly falls to 10% of any verdict over $1.25 million. That makes it not worth the lawyers time or investment–just to file a case, the plaintiff��s lawyer must pay a doctor to review the file and issue a statement that the case has merit—and is just one more tool the tort reformers created to keep victims from seeking justice.

True, monetary damages are the only way our system has of compensating the injured. But in the 25 years I have been writing about medical malpractice, I have never met a parent who wouldn’t give up every dime to see their child whole.

It is time for legislators to recognize that they were hoodwinked, dismantle the so-called reforms, and begin to look for real solutions to make patients safer. 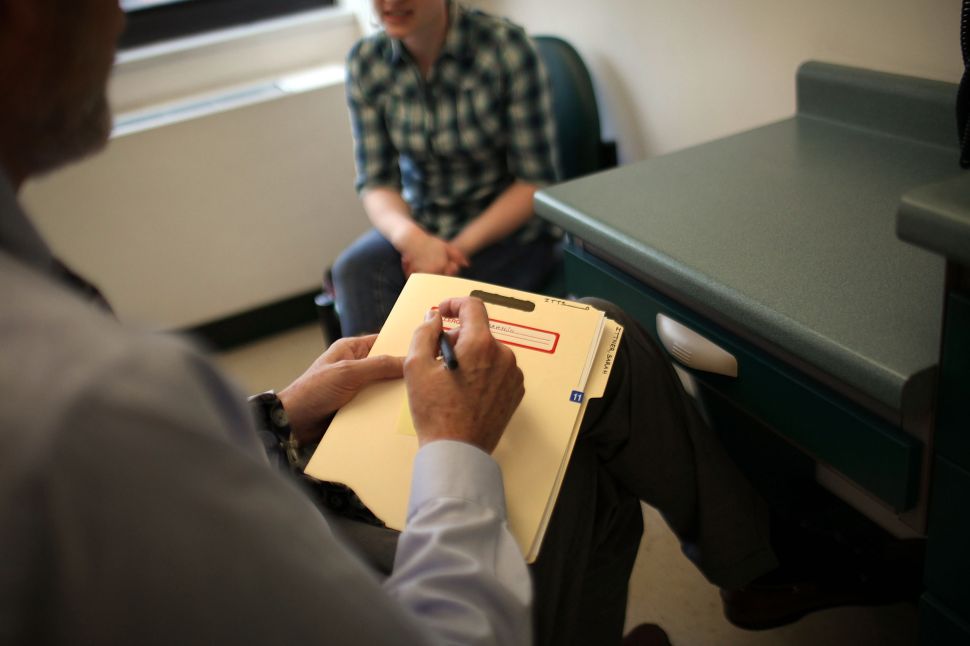