Councilman Carlos Menchaca is out and Councilman Mark Treyger is in as a co-chair of the City Council’s Brooklyn delegation after a vote today.

Mr. Treyger confirmed this afternoon that he had been elected co-chair of the delegation, alongside Councilwoman Darlene Mealy, who was elected again as a co-chair.

“The overwhelming majority, regardless of where people stood, felt that there were many issues in the delegation—as far as not always having regular meetings and making sure that the priorities of the borough are being advanced—and so as a result of that today, the election outcome, there was a vote and I was humbled that I was selected as one of the co-chairs,” Mr. Treyger said.

The delegation voted to dissolve its current leadership and then hold an immediate election for new co-chairs. In that second election, Ms. Mealy regained her position as one co-chair, while Mr. Treyger was elected as the other.

Asked why one co-chair was vote out and not the other, Mr. Treyger noted nominations were open.

“There was a nomination process,” he said. “Anyone could have been nominated.”

The shift is something of a blow to the Council’s progressive caucus, of which Mr. Menchaca was a member and which no longer has a spot atop the largest borough delegation. Asked if Mr. Menchaca sought to maintain his role, Mr. Treyger noted the change was a “re-set.”

“There is a re-set, that’s why there is an election. And I think that the majority of the delegation spoke, they wanted a change in leadership, and here we are. My goal is to work with the co-chair as well, Councilmember Darlene Mealy, to work with the entire delegation to make sure we have our house in order,” he said.

Mr. Menchaca recently found himself at odds with a fellow progressive and typical supporter—Mayor Bill de Blasio, over a proposed Economic Development Corporation development in the waterfront in Mr. Menchaca’s district.

Mr. Treyger said that wasn’t the impetus for the vote. “That issue actually did not come up at all in our delegation meeting,” he said.

A source said the reason for the vote was that the operation of the delegation had become “totally dysfunctional,” falling behind on votes and missing out on having input in appointments. Members were looking for more organization ahead of the soon-to-begin budget process, the source said.

A spokesman for Mr. Menchaca did not immediately respond to a request for comment. 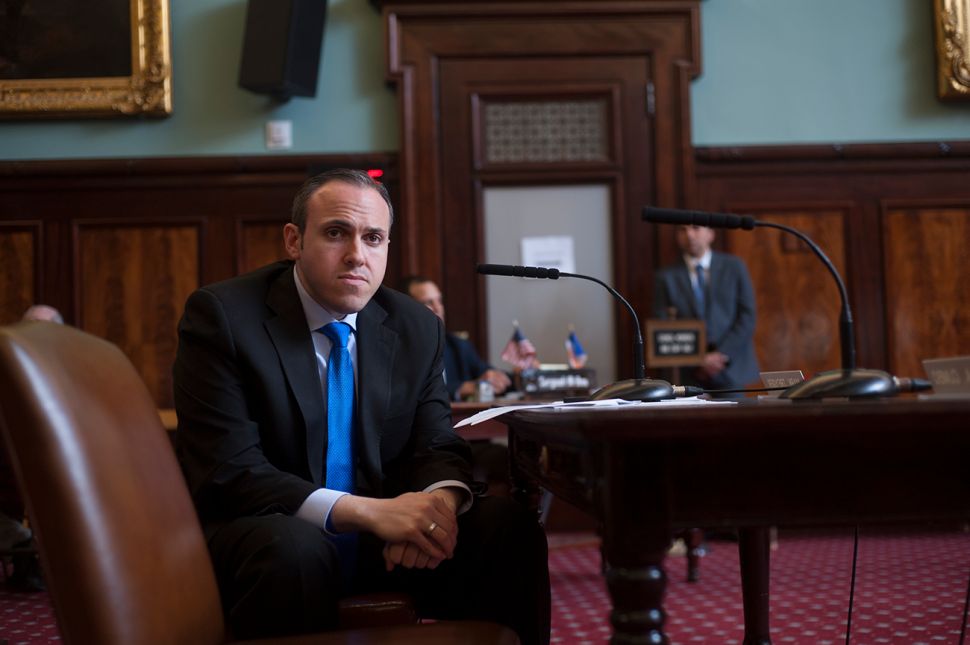