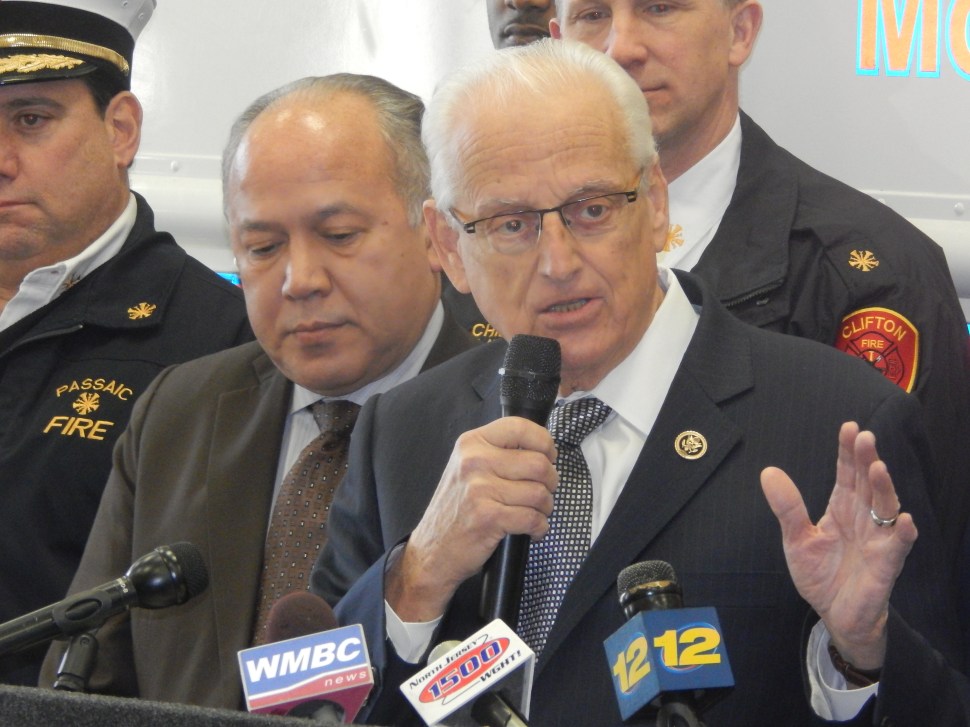 “Anyone who questions the president’s motives, whether that president’s name is Obama or Bush – when you call out the president all you are is a jerk,” the congressman added, flanked by firefighters and local elected officials as he made his case for a Homeland Security funding bill he said would enable Paterson and other District 9 towns to keep funding their fire stations to current levels.

That bill is in jeopardy, Pascrell said, because of a GOP threat to shut down government. If the Republican-controlled Congress does not reach a Department of Homeland Security (DHS) budget agreement before the end of this month, a portion of nearly $10 million could be on the chopping block. That money and an additional ^5 million in homeland security grants to New Jersey are in limbo.

“We have five days,” said Pascrell. “And only four days on the Congressional calendar before funding runs out. It’s unconscionable that anyone in Congress is willing to play politics [with this]… to cater to the worst impulses of an anti-immigrant base.”

He also chastised Christie for not standing up more vocally against Republicans holding homeland security funds hostage, in the congressman’s judgement.

“I hope you’re listening, governor,” Pascrell said.”There are a lot of problems here. The folks here will tell you that Homeland Security funding is a critical link to millions of dollars in grants. Fox News won’t talk about it because they don’t know what the hell they’re talking about. These folks in Washington are turning a blind eye to these municipalities.”

When a reporter asked Pascrell to clarify his comments about Christie, he said, “You’re damn right. He’s the governor of this state. …The governor needs to be in this fight up to his knees.”

So far, Pascrell said, all he has heard from Christie on this front is silence.

Set to deliver his budget address tomorrow, Christie – who like his longtime ally Giuliani routinely packages himself as a “blunt” speaking Republican option – continues to travel avidly outside the state in pursuit of critical GOP Primary support toward a presidential run.

For his part, Giuliani today clarified his comments about Obama in a piece he wrote in The Wall Street Journal.

“My blunt language suggesting that the president doesn’t love America notwithstanding, I didn’t intend to question President Obama’s motives or the content of his heart. My intended focus really was the effect his words and his actions have on the morale of the country, and how that effect may damage his performance. 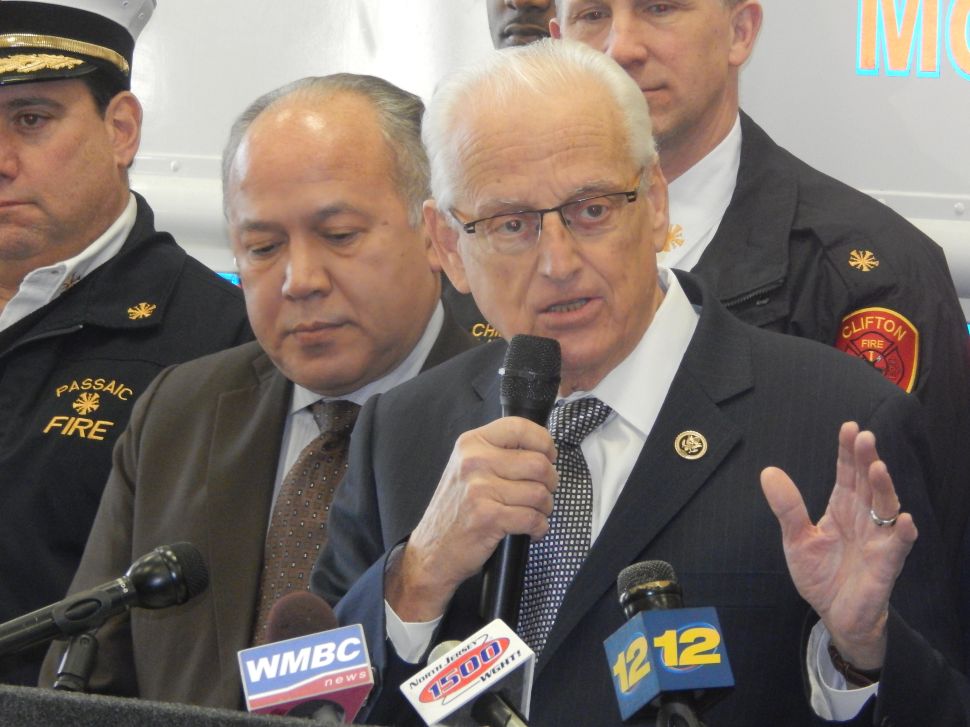