Now that the city’s finances are in better shape, Councilman James Vacca thinks homeowners deserve a monetary boost, too.

Mr. Vacca and Councilman Mark Treyger are set to introduce a resolution today asking the state legislature to allow the city to offer a $500 property tax rebate to New York City homeowners, much like the popular $400 annual rebates that ended with the city’s budget crunch in 2009.

“It provided some type of tax relief to small homeowners, six-family or less homeowners,” Mr. Vacca, who represents the Bronx, said.

The City Council has not voted to increase property taxes since 2008, when it repealed a 7-percent tax cut, effectively raising the taxes. But even without the mayor or the council looking to raise taxes, the bills sent to homeowners inevitably climb each year thanks to a complex set of circumstances beginning with ever-higher assessments of property values.

“Every year these residents have seen their assessments increase, the assessments automatically trigger an increase in taxes,” Mr. Vacca said.

He said there are estimates that homeowners’ bills could climb by $700 this year. That’s a threat to affordable housing, he said.

“If you want to stay put and stay in that house, that small property you own, it becomes difficult. And we want people to stay. So I know that we have a very good surplus situation, and most people have proposals to spend more money—but I’m coming up with something that would put money back in people’s pockets to give them tax relief.”

Mr. de Blasio, like other city mayors before him, has taken a conservative view of the city’s finances—making revenue projections that are smaller than Comptroller Scott Stringer’s estimates, and projecting bigger budget gaps in the year ahead than Mr. Stringer has. He’s often said the city must be careful to avoid overestimating how much money it has coming to it, lest it be placed in the financial crunch experienced by New Jersey. His office did not immediately respond to a request for comment about the proposal for a property tax rebate.

Last year the council’s small delegation of Republicans called for the return of the property tax rebate checks, but Mr. Vacca said yesterday the popular program is actually quite progressive. Many homeowners are senior citizens, he said, or immigrants who put all their savings into a home and might be facing foreclosure. Likewise, some of the buildings house tenants, and owners are forced to pass along the cost to them in the form of increased rents, he said.

“They’re really trapped. What I’m trying to do is provide relief, not just to the homeowners, but hoping that will also mitigate increases in rent,” he said.

The city needs permission of the state, which has authority over tax laws, to offer a rebate program, so Mr. Vacca is introducing a resolution today calling on the state to provide it. He expected the resolution to prove popular with his colleagues. 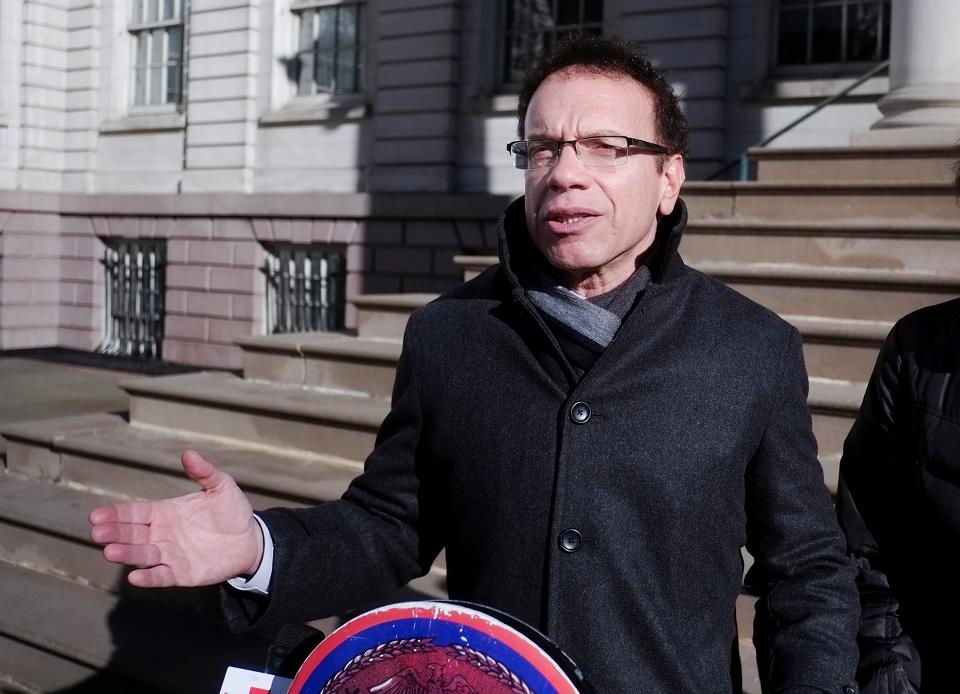