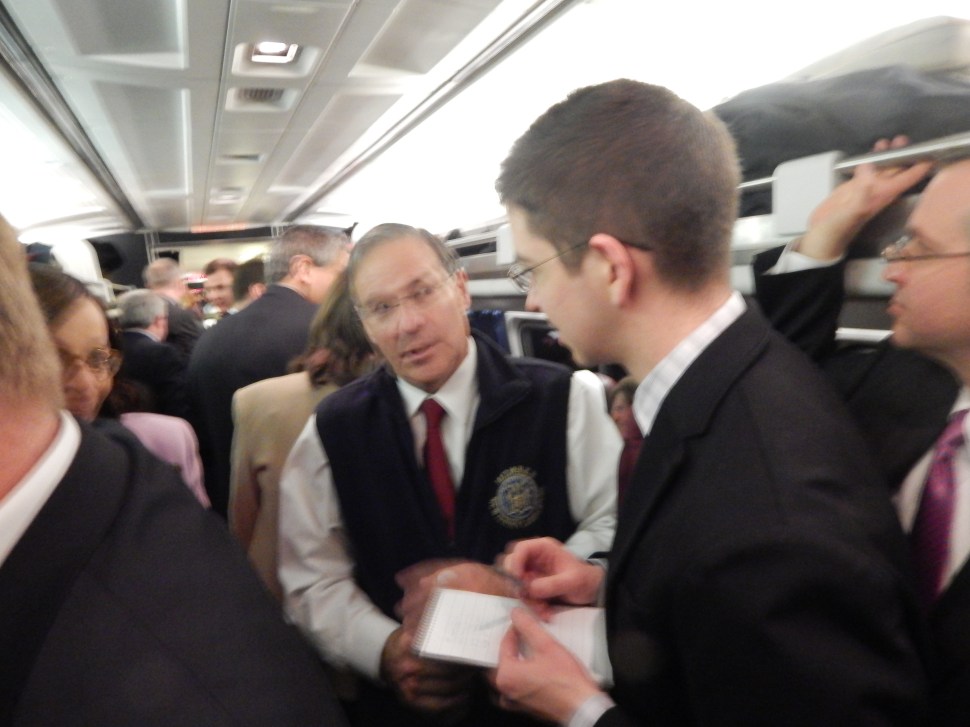 CHAMBER TRAIN — Politicos on this year’s “Walk to Washington”  boarded the Amtrak train full ready for three-plus hours of politicking, politicizing, and public schmoozing. That’s what this annual event is about, after all: it gives insiders and operatives from across the ideological spectrum a once-a-year opportunity to network with like-minded political animals and some of the state’s top lawmakers, all in the privacy of a steel tube hurtling down the tracks at 80 mph.

What they might not have expected? A rollicking comedy hour, courtesy of Assembly Minority Leader Jon Bramnick (R-21).

Packed between riders trying to squeeze their way up and down the train, Bramnick talked up the benefits of cramming so many members of New Jersey’s political circus in one place like only the Republican — once dubbed the “Funniest Lawyer in New Jersey” — could.

“In Trenton, everyone leaves, they don’t stay, they don’t talk. Put them all on the train. Keep the train going. It’s called Lockdown Trenton,” Bramnick said, a reference to the TV show by the same name. 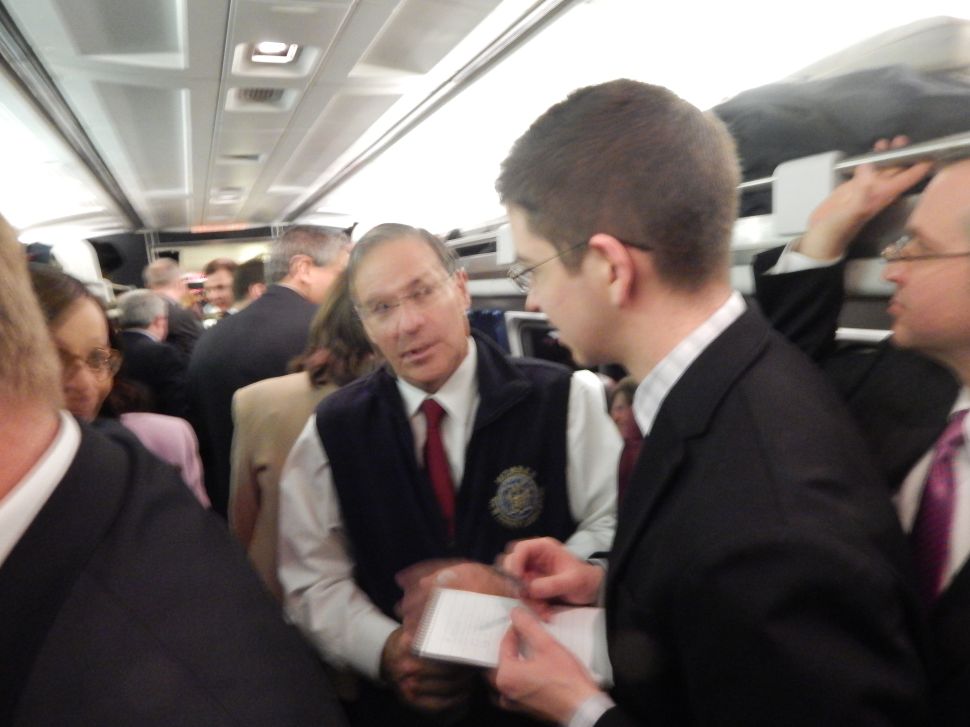