In April of 2012, I began working at Zimride, a ride sharing platform for universities. After four months of interviews and conversations, I was ecstatic to be in San Francisco, working with a passionate team committed to solving a real problem. Within a week of joining however, I was let go. Changes to the structure and long term vision of the company deemed me expendable.

In college, I played on a dominating intramural soccer team (hi Brad! Kevin!). We won every game by three, four, goals and didn’t concede one during the regular season. In the first game of the playoffs however, we lost 1-0. It was the only goal we allowed and it knocked us out of the competition. I never got to hold that coveted SDSU ARC trophy. Or T-shirt. Or whatever they gave out. We were shocked, like “we just got beat by an athletically inferior team…what happened?”

I felt that exact same feeling of shock and disbelief the day I got let go from Zimride. Except that instead of losing an intramural game, I got fired from a promising startup and all dreams of grandeur crashed and burned just outside their former offices on Brannan. It wasn’t a trophy that I missed out on. Shortly afterwards, Zimride launched Lyft, a ridesharing service that has since raised more than $300 million and is now worth billions.

It was the first time I got let go from anywhere. I was heartbroken. I thought for certain my career was finally going to take off. I would live in SF, work in a startup, romance pretty girls from the Mission and then in like three, maybe three and a half years, get money and start a company (Twitter for cats, anyone?). And now, not even a week in, I had to scrap that idea. Time for a new Five-Year Plan.

Getting fired sucks. But the lessons I learned during the four month process at the top of 2012 helped my personal development and put me on the path to Waze, a job and company I love, so I can’t really be mad.

I’ll be honest. At first, I was afraid of committing and moving to the Bay Area. I figured I could “live” in the tech world from a distance. So I applied to gigs from the comfort of home in Modesto, CA. I had a few interviews, some good leads but nothing came to fruition. But it was safe at home, so I had no urgency. At some point though, the money I had saved from my internship and odd jobs was about to run dry. I had to shake and bake like Ricky Bobby.

I started going to San Francisco a few times a month, hitching a ride with my friend Eddie. While in the city, I would knock on doors and meet with friends and contacts in the industry. It was around this time that I reconnected with an old friend from college and he in turn connected me with a friend at Zimride. So in addition to riding with Eddie, I would also go to SF for interviews with Zimride. Bit by bit, I began touching more aspects of the startup world. A connection would introduce me to a mentor or this conversation would lead to a book recommendation. I learned more about startups in those four months than in the previous three to four years of studying it from a distance. You have to put yourself out there and commit. No half measures. I was being lazy thinking I could get a dream job from a few applications and cover letters.

I finally understood why actors move to LA or why writers check out NYC. Being in an environment conducive to your field will enrich your development by placing you close to ideas, influencers and connections. As much as I loved San Diego and Modesto, I was doing myself a disservice by not being in the Mecca of my field.

The layoff may have not been performance related, but it still hurt. You want to think that your skills and abilities are a match for any company, but that’s not the case. Zimride’s president said that culturally, I was a great fit. “You’re a hard worker and you’re smart. We just don’t have a place for you.”

Zimride was restructuring the sales team which was probably, in my opinion, part of the beginning of their pivot towards Lyft. There was no way of knowing Zimride was restructuring. And even if I did know, what could I do? The founders did what was best for the long term vision of the company. Being upset made about as much sense as being mad I wasn’t born with blonde hair or a glorious beard.

I may be special to my mother and my dog, but in business, like everyone else, I’m replaceable. My inflated sense of self at the time did not make getting rejected easier though. Having confidence is important in any endeavor. But thinking that you’re unique because you’ve checked all the boxes (college grad, reads books, uses buzzwords) will distort the reality. Zimride liked me and I liked them. But it didn’t make business sense to keep someone around without a role. Perhaps if Zimride had been smaller, they could have created  a position for me, but they were growing rapidly and gearing up to release a new product.

I could have stayed discouraged and upset by the dismissal, but what would that accomplish? In my eyes, I was one step closer to my goal: to contribute to a growing startup. And thanks to this experience, I was in the ecosystem, I connected with selfless mentors and I got my first taste of the startup world. Not bad for a four month crash course, eh? Before this experience, the idea of startups and tech seemed like an esoteric, far off mystical world which was only accessible to engineers and Stanford grads. But in the time leading up to and at Zimride, I realized I had similar opportunities. The ecosystem, the world, was now palpable. There was no use imagining my involvement in startups. I was there.

Now, I needed help to take my next steps. I began reaching out to contacts and friends in the days following my dismissal from Zimride.

Stefan Gomez, my roommate at the time (and still one of my closest friends) was incredibly helpful. He would take me out to lunch and share advice or lend an ear. Stefan was selfless with his time and instrumental in getting me to move to the bay area in the first place. We had lunch one afternoon in Palo Alto when he mentioned Waze’s US Office was down the street. Within a few weeks, I became a Waze intern. By some divine accident and alignment of the stars, I was again in the right place. This time though, it was at the right time.

I’m grateful for this experience. It introduced me to the world of entrepreneurship and startups. Most importantly, this adventure led me to Waze. Things rarely go the way you envision them, especially when you’re first starting out. Some say it was “bold” to move to a new city with no money, no car and soon, no job. But I had little to lose so in reality, this “leap of faith” was the safe choice.

Also, it was fun. Learning on the fly and experiencing the ups and downs of a new field is like playing a game of hide and seek with yourself. When I first started out, I couldn’t tell you the difference between a Series A and an IPO. But you move forward, learn from your setbacks and as Jay Z said “take advantage of the luck handed, or the talent, you been given.” 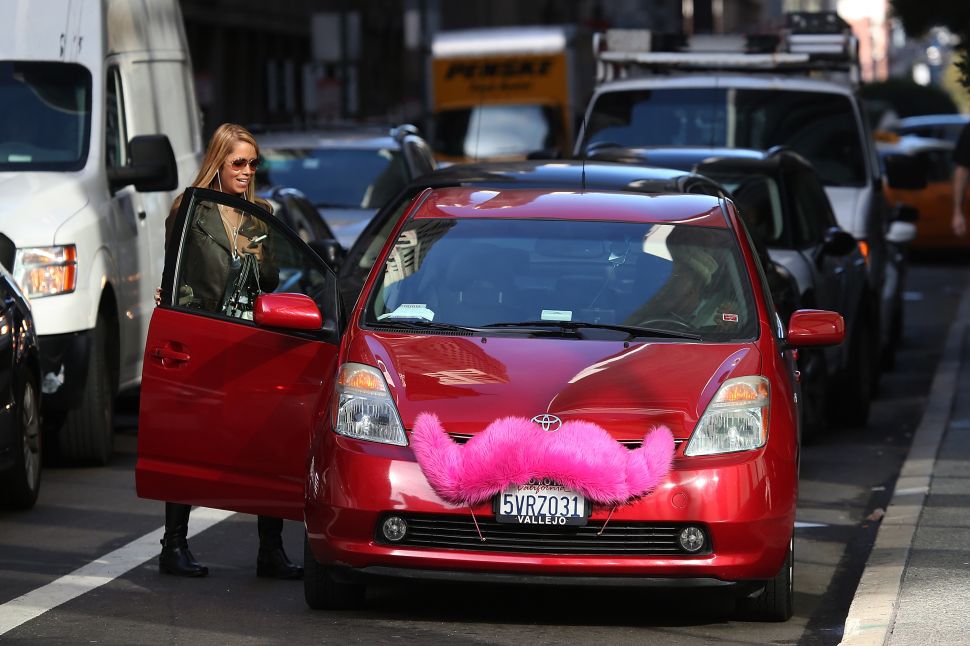