“It is sad to see when somebody who has attained a certain level of public stature and even admiration tarnishes that legacy so thoroughly,” Josh Earnest, the White House press secretary, said during a press briefing this afternoon.

He continued:  “And the truth is, I don’t take any joy or vindication or satisfaction from that. And I think that the only thing that I feel is, I feel sorry for Rudy Giuliani today.”

The remarks from Mr. Giuliani—dubbed “America’s mayor” after the terror attacks of September 11, 2001—have dominated political headlines over the last 24 hours.

Mr. Earnest said there were plenty of examples of the president expressing his love for the country and referring to it as the “greatest force for good that the world has ever seen.”

Mr. Giuliani spoke to multiple media outlets yesterday, including the Observer, seeking to both clarify and double down on his comments. Speaking to the Observer, he maintained that the president has not spoken effusively enough about how great the United States of America is, in the ways he said presidents like Ronald Reagan and Bill Clinton have.

Mr. Giuliani also pushed back on criticism that his comments about Mr. Obama’s upbringing were racist, saying he was referring to his left-wing “political education.”

“He was brought up by a white mother, a white mother and white grandmother, he went to white schools— and what I’m talking about his political education,” Mr. Giuliani told the Observer yesterday.

Mr. Earnest declined to comment specifically on that follow-up argument from Mr. Giuliani. 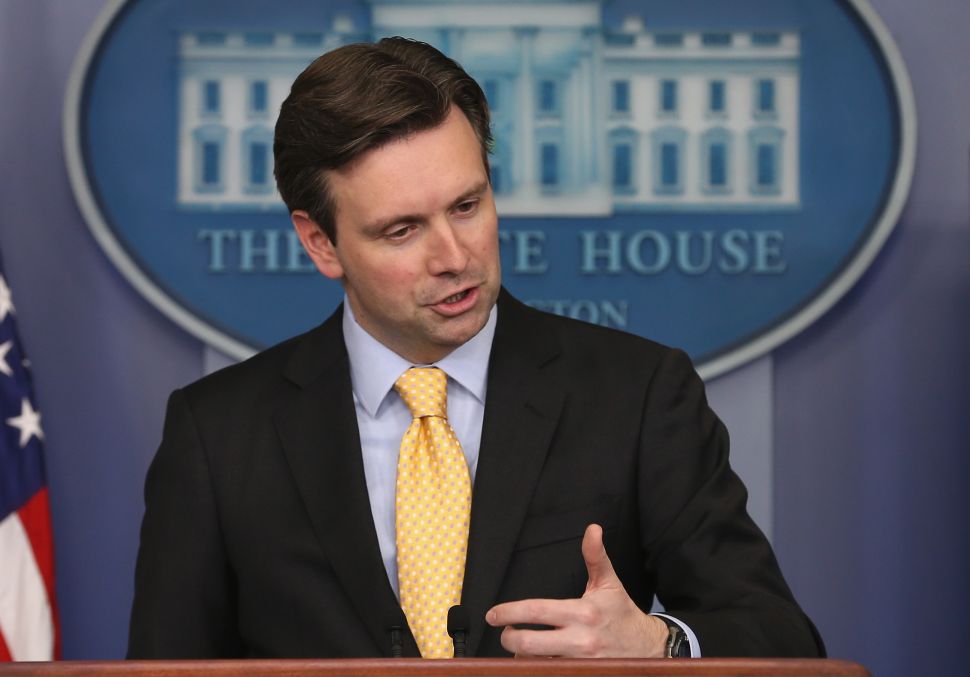