The three of us were having a pleasant dinner rehashing our holiday adventures at Café Clover. A tan Ellie had vacationed in Anguilla and a freckled Mandy had rendezvoused in St. Barts with her billionaire boyfriend, Sam. Meanwhile, I had held down the fort in Manhattan, and even saw The Hunger Games with my mom.

And then the bill came and all went to shit.

“It’s on me,” said Mandy, placing her credit card down.

No one fought her but I couldn’t help but notice Sam’s name on the card. I said something like, “Does he know you have that?” which was admittedly insensitive, because I’ve never known Mandy to be a thief.

Ellie then advised Mandy to use discernment since, surely, there were strings attached.

“You don’t know anything about my relationship with Sam,” Mandy shot back.

Suddenly, everyone was so angry.

Ellie pressed the issue, asking, “Would you stay with him if he lost all his money?”

“Certainly a superficial one,” I said.

“Because we live in a world that oh-so-values integrity,” Mandy spat her words, “and it’s always the woman who carries the shame.”

“I don’t know what kind of world you’re living in,” Ellie said, “but I make my own money and I don’t view myself as a victim.”

“Go fuck yourself with your trust fund,” Mandy said to Ellie, and then pointed at me. “And you, living with your parents in Soho. You have no idea what it’s like to struggle.”

Mandy threw back her cocktail (appropriately named Gold Rush) and gathered her things.

“Anyways it’s not prostitution when you’re in love,” Mandy exclaimed before storming off.

“Go spread your love, Babe,” Ellie yelled after her.

After we part, I think back to my days in Hollywood when auditions were scarce and I scrambled to get by. There were all those weekends I dressed up as Cinderella for little girls’ birthday parties and that dad in Anaheim who asked me if I did adult parties as well. I taught piano lessons, hosted at a restaurant until I met him.

He was a friend of a friend who needed an assistant and I was a month behind in rent.

We met at a café in Brentwood. He was in his early 60s, attractive, in real estate and wore gym shorts. The way he looked at me made my muscles tense (not in an excited way) but, nonetheless, I pretended to be organized and he pretended I was qualified. He would need things like a renewed passport, a tune-up for his Maserati, an itinerary for his family vacation to Machu Picchu—overseeing the everyday minutia. He was cool with me skipping out for auditions and he’d pay a flat rate of $2,500 a month. First, he wanted to spend the day with me as a trial.

I drove, so he was free to use his phone and ask me questions. I attempted to hide the sweat stains under my arms and focused on the road.

“You look great driving a Maserati,” he said.

I learned a bit about him. He had two children; his son was a year younger than me and his daughter was two years older. He was trying to be friendly with his ex-wife, and he traveled a lot.

By day’s end, he had officially hired me. I asked him if I could have an advance and so he handed me a check for $1,000.

I knew I wouldn’t have gotten the job if he hadn’t wanted to fuck me, and even though I found him unnerving, I was grateful to have it. I even grew somewhat fond of him. He would give me fatherly pep talks about my flailing acting career and he wanted to hear all about my troubled relationship with my hot-and-cold British boyfriend.

Several months into the job, we met at an outdoor café near his gym. He was in a great mood thanks to an unusually good workout. I had a note pad in hand, ready to jot down my next tasks. He was heading to London in a few days so there was much to do.

He told me he greatly appreciated all of my work. He valued me. In fact, he had grown to care about me and because he believed in honesty, he wanted to propose something “beneficial” for both of us.

I laughed then stuttered, “What?”

“And you could still see the Brit.”

I said, “But that’s prostitution.

“Don’t you know by now all relationships are financial agreements? It’s just I’m being direct about it,” he said, placing his moist hand on my arm.

I swung between disgust, fear and a giddy bemusement. I couldn’t possibly take the deal but if I did, would I get at least three months guaranteed? If I pulled a back muscle, or got a urinary tract infection would that be like five grand less? I supposed I could always blow him but then there was a possibility of TMJ.

I refused his proposition. Despite the temptation, I figured my psychiatric bills from dissociated sex would outweigh my profit. I continued to work for him though, on and off, for almost a year. We tried to put it in the past, but over time he grew hot and cold, just like the Brit, and I think he viewed me as more of a tease than an assistant.

Sometimes, when I was alone I would think about him in that way. It may have been how I processed the whole thing, to think that someone would put a price on my body. We’d be on a business trip together, sharing a conjoining hotel room and he’d slip into my bed. I’d feign sleep and he’d touch me, but before I could say “no,” it would feel so good.

Mandy calls me. She’s just a block ahead at the Vesuvio Playground on Thompson St. When I catch up, we find a bench and sit in silence.

Finally, I say, “I don’t think beauty and money are an equal trade.”

“Of course not,” Mandy agrees, “there’s always something bigger and better to be bought.”

A rat darts out from behind a pile of trash.

“He makes me feel safe,” she adds.

I understand Mandy’s desire to be taken care of, the fantasy of the knight in shining armor. I know this longing, but I also know it is empty. To act from fear and not love will, ultimately, only imprison her. 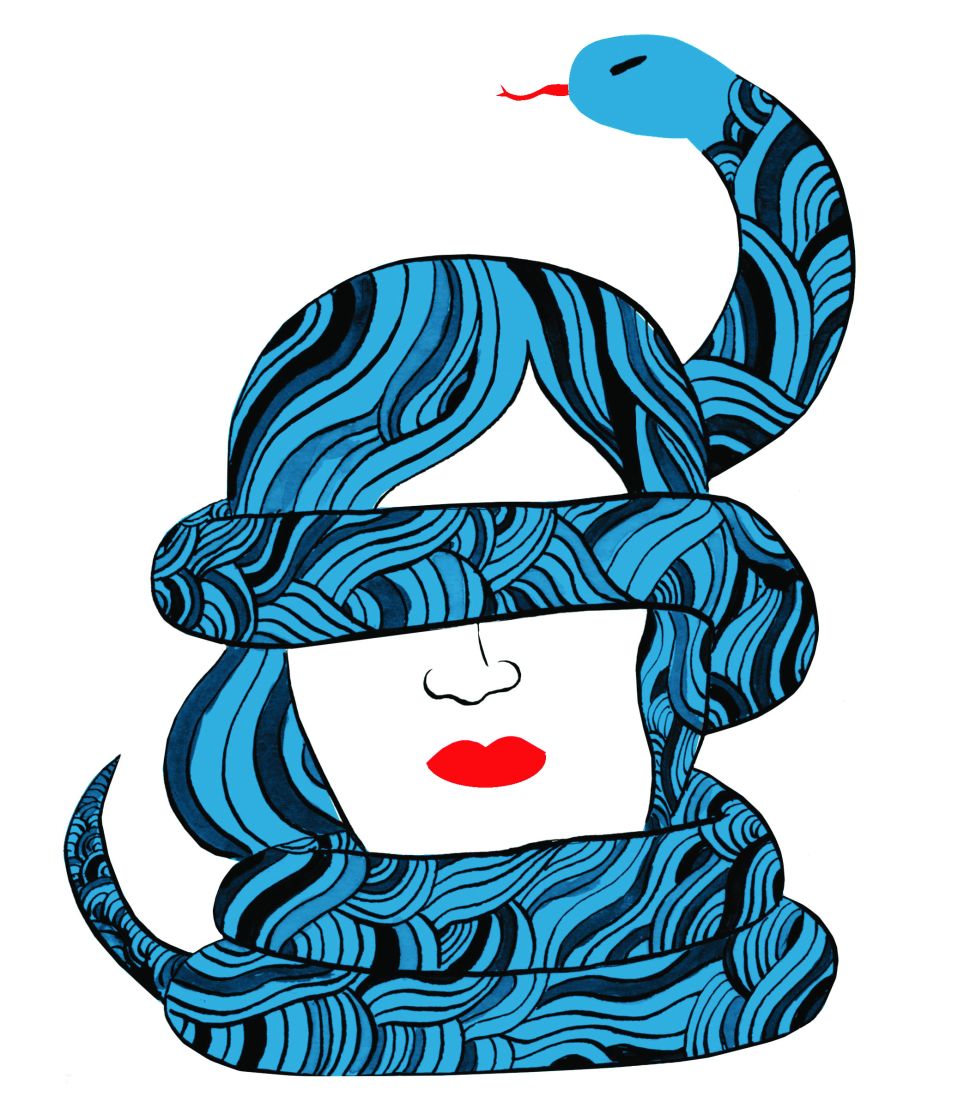