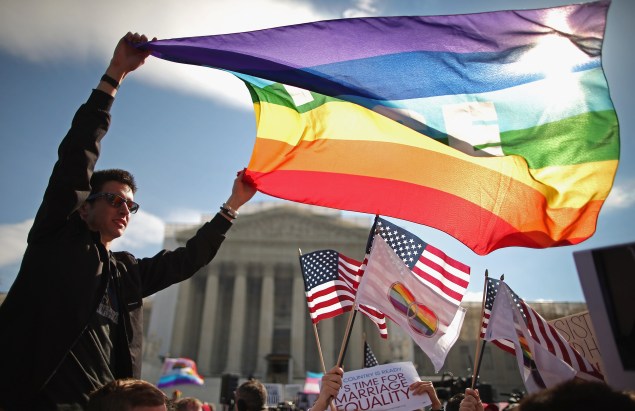 In 2000, Vermont became the first state in the nation to recognize that same-sex couples were entitled to all the legal rights and protections which were afforded under the law to opposite sex couples who chose to marry. The institution created by the Vermont Legislature in the 2000 session, and which I signed as governor, was called civil unions because of politics (marriage would not have passed the House at the time, but did so seven years later). The law entitled same-sex individuals who chose to enter a civil union every legal right and privilege the state could grant to a heterosexual married couple—save calling their union marriage.

In Vermont, which has a national reputation as a liberal bastion (in truth it is more libertarian than liberal), the backlash was intense. In my final campaign for governor, having been re-elected four times by very healthy margins, I squeaked by with 50.1 percent of the vote. My security detail asked me to wear a bulletproof vest during a number of campaign stops that summer, and at parades in some areas I was cursed at and threatened.

Two years later, during the election to fill the open seat for governor as I prepared to run for president, the fury had subsided. There was no talk of repealing civil unions, and all but the small far right in Vermont chose to let the issue lie.

This year, the Supreme Court of the United States, perhaps the most conservative court since the New Deal, seems poised to rule that married gay couples are entitled to the same rights and privileges which accrue to married heterosexual couples, including the right to have their union recognized throughout the entire United States.

What does this profound change mean?

The change is obvious for America’s LGBT community: They are finally out of the legal shadows. There is still anti-discrimination legislation to be passed, but if the courts grant universal marriage rights, no doubt the courts will act again if legislatures fail to do their duty. 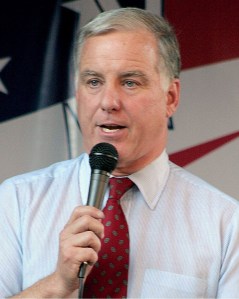 What does this mean for rest of us?

A more just society is at the top of the list. We can cross another minority off the list of being subjected to legal scapegoating. Over time, the end of legal scapegoating usually leads to making intolerance unacceptable in our personal and public lives (even though as human beings, we continue to do so too often privately). While discrimination against African-Americans and Hispanics persists, for example, it is not only unacceptable to do so publicly, but the younger generation of Americans who grew up in the post-civil rights movement era have done so with the understanding that bigotry is not only morally wrong, it is a sign of ignorance and fear.

Our politics have been particularly vitriolic and divisive for the last two decades. This is the first sign that as our children attain power, that generation’s inclusiveness will create a new political paradigm. The GOP, while being unable to avoid anti-gay marriage rhetoric in what will no doubt be a spirited 2016 contest for base voters in crowded primaries, is starting to make a concerted effort, for political reasons, to put the issue behind them. And there are increasingly admirable GOP politicians like Sen. Rob Portman of Ohio (whose son came out in 2013), who are choosing what they know from experience is right, over what they think may be good politics.

Will this turn young voters to the GOP in 2016? No. The presidential primary rhetoric and the relentless appetite of the media to go national with every antediluvian statement from any Republican legislator in the country will still brand the GOP as intolerant. But a turning point has been reached. Just as the GOP is recruiting talented people of color to run for office, the leadership of the national Republican Party is no longer ostracizing openly gay office holders, or at least not as much as they once did.

Brands can change; not rapidly, but with concerted and sincere effort, brands do change. That is a good thing for the GOP and it is a good thing for our country. We are stronger as a nation at home and abroad when we set an example by living our ideals of democracy and equality of all under the law, rather than simply talking about our “beliefs.”

The Supreme Court has not yet spoken, and final arguments have not been made. But the tea leaves, which are so notoriously difficult to read when observing the nation’s highest court, seem to unmistakably indicate that on unpublished vote after unpublished vote, the Court’s majority will choose equal rights under the law for gay couples and in doing so, may change the political dialogue in the United States toward a badly needed new direction. 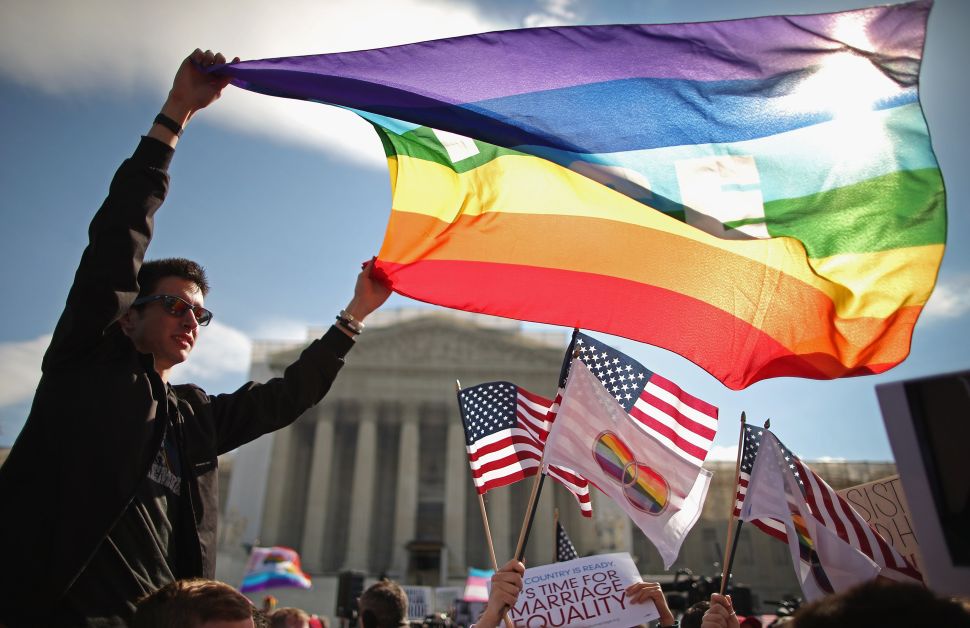