With news of the latest measles outbreak, this time originating in Disneyland, I found myself somewhat relieved that at the very least, we weren’t seeing a resurgence of polio. Finally, after dozens of outbreaks of diseases once relegated to the Oregon Trail, Americans have taken notice of the danger posed by the anti-vaccine movement and its adherents. They are your friends, they might even be your family. But they are putting the lives of all of our children, not least their own, at risk.

In the year 2000, the measles disease was eliminated from the United States. We had taken a major step forward in the field of public health. In came Jenny McCarthy and her false belief that the MMR shot caused her son’s autism (which, in the end, wasn’t even autism), and we took a big step right back. Polio, like the measles, is a disease still present in the rest of the world, but largely forgotten here in the U.S. There are Americans who still remember it; just ask Senate Majority Leader Mitch McConnell, who survived a bout of it when he was 2 years old. We’ve come close to eliminating it worldwide, thanks to the decades-long work of Rotary International, but we haven’t quite gotten there yet. World events keep getting in the way. Vaccination workers are killed by terrorists, vaccination drives interrupted by war, highland villages are isolated by mudslides. There are, thus, tragically still cases of polio emerging even in the year 2015.

As we saw when Ebola arrived on our soil, we live in an ever-shrinking world. What is a problem for Nigeria or Pakistan can become ours with one short international flight. As much as international health professionals do wonderful work, they also are afflicted with the same God complex that doctors here possess, and break quarantine rules designed to protect the rest of us because they think they know better. We saw it with a doctor who went bowling in Brooklyn and a CNN correspondent who deemed takeout soup more important than the health of the occupants of the restaurant she walked into to pick it up. Between patients and the doctors who treat them, the distance between a remote village in Pakistan and our nation’s shores isn’t very far.

One doesn’t even have to go so far as the highlands of Pakistan to find polio. Recently the virus was discovered in the groundwater in Israel. Thanks to the upheaval neighboring Syria experienced during their civil war, the virus made an appearance there. During a recent outbreak of the measles in New York City’s ultra-Orthodox enclaves of Brooklyn were hard hit due to anti-vaccine sentiment (which holds no basis in Judaism) within the community. Imagine an individual contracting the disease in Israel (which had been conducting emergency vaccination clinics) and landing in the middle of the unvaccinated capital of Hasidic Judaism in Boro Park, with a stopover perhaps in the Land of Kale: Park Slope. The scenario, entirely plausible, is every epidemiologist’s worst nightmare.

This being America, the vaccination issue has become political. Several politicians, including New Jersey Governor Chris Christie, have indicated that while families should vaccinate, they should be able to choose what is best for their children. NBC reported on his remarks:

Pressed by reporters about whether he believes vaccines are dangerous, Mr. Christie responded: “I didn’t say that – I said different disease types can be more lethal so that the concern would be measuring whatever the perceived danger is by a vaccine and we’ve had plenty of that over a period of time versus what the risk to public health is. And that’s exactly what I mean by what I said.”

To be clear, there is no proven danger to any vaccine currently on the market, and every vaccine prevents a lethal and dangerous disease.

What goes through the mind of anti-vaccine parents? Some refuse all vaccines, others pick and choose, as Mr. Christie suggested they could and should. How does a parent educated by Google University choose a schedule better than their pediatricians, medical associations, and epidemiologists? In my mind the debate goes something like this:

“Diphtheria? I’m not even sure what that is, but that one sounds serious. Yes, let’s do that.” “Polio? That hasn’t been around since my grandparents’ time! Who ever heard of anyone getting polio these days? That’s  one we can definitely skip.”

With search engines and now, unfortunately, politicians telling parents they can pick and choose vaccines, the fear should be that the polio shot will be dropped by the wayside even more than it already has. If so, the next outbreak we see will be far more serious than measles. Soon, we will be referencing blueprints from the 1950s to build iron lungs for not only their children, but also our own, who might be too young or immunocompromised to receive the vaccine themselves. 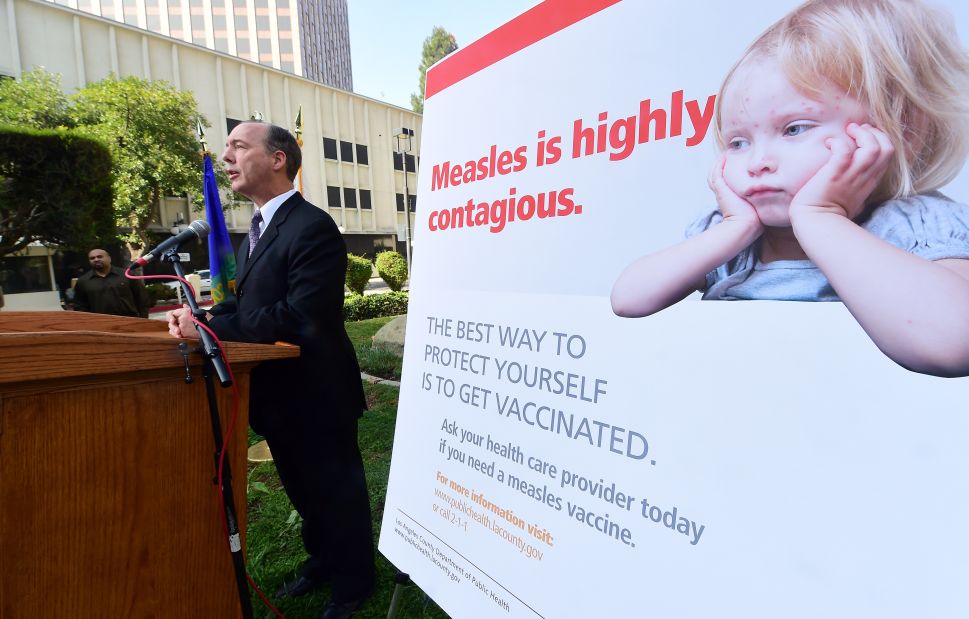