Following a fiery campaign kickoff in December, the team of challengers looking to oust incumbent West New York Mayor Felix Roque from city hall in the upcoming May municipal election submitted their formal petitions to run as commissioners this morning, according to a statement by the campaign.

West New York United, headed up by current city Commissioner Dr. Count J. Wiley, filed the petitions at 9 a.m. this morning along with the rest of the slate, which includes Carlos Betancourt, Myrli Sanchez, Hector Hernandez, and Thomas Leung. Promoting the slogan, “Bringing Unity to the Community”, the United Team said they are looking to “bring a better quality of life, improved basic services, lower taxes, and a government that represents the people, and not a selected few.”

Last week, Roque — who is entering the contest with the full backing of Hudson County’s Democratic establishment — formally launched his own re-election bid last week. His own slate includes commissioners Gabriel Rodriguez and Cosmo Cirillo, as well as Susan Colacurcio, a science teacher for more than 40 years at West New York’s Memorial High School.

Lame duck Freeholder Director Jose Munoz officially announced last week that he would not be joining Wiley or heading up his own ticket in the race. 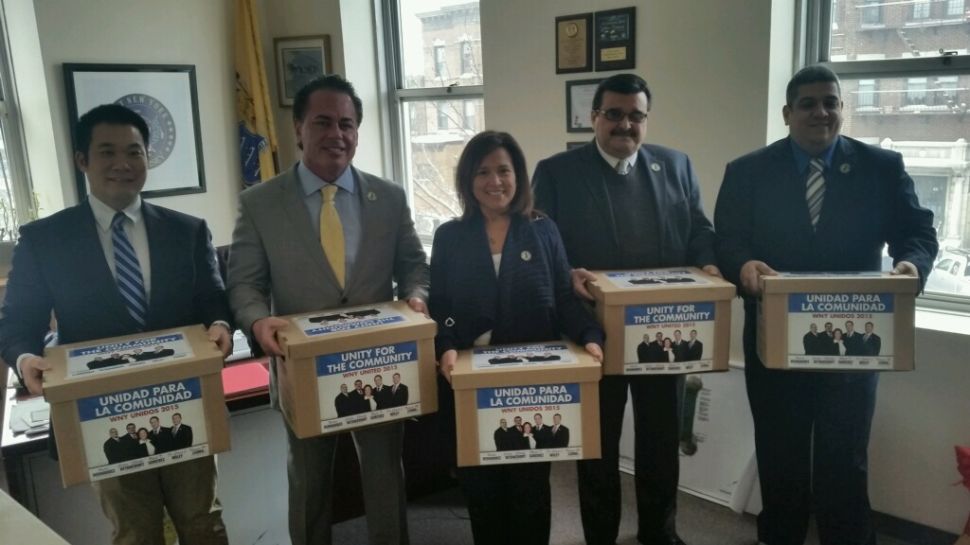