On the way out of Union Station, PolitickerNJ caught the eye of a familiar New Jersey political insider, who looked decidedly irritated as he stood on line amid a crowd of similarly herded hundreds.

How did the trip go?

“Not well,” the insider groused.

“This event is supposed to be about networking? All the people I talked to were too drunk to remember the conversations. I came down here to meet people. Those people won’t remember that we made contact.”

Asked to identify the difference between the League of Municipalities conference and the New Jersey Chamber of Commerce’s Walk to Washington, the insider said, “The chamber is sloppier.”

Maybe that’s why we loved it!

Last year’s surprise victor in the Bergen County Executive’s contest quietly made the rounds of events like an unpretentious B movie character actor who suddenly wins the Best Oscar Award as a leading man and has spent too many years never playing an egomaniac to suddenly play one now. At power cocktail hours, the veteran firefighter all but showed up in turnout gear. Sources sharing information about events routinely bragged about the presence of Tedesco, and while his handlers point out that he has absolutely no interest in running for governor – he may help Bergen County Democratic Chairman Lou Stellato make that pick. Certainly, the presence of Tedesco makes it difficult now for Essex County Executive Joe DiVInceno to prowl North Jersey as the most significant Democratic county executive on parade. His presence in D.C. – Joe D’s first in seven years – coincided with the appearance of the party’s star attraction. The sight of the two of them showing up at the same events -separately and at different times – almost had the effect of causing one looking for power projection to see double.

Okay, maybe he takes it too far. But in this game, county party leaders like to be courted, stroked and massaged – preferably in that order. With Murphy around, there isn’t a hand in his vicinity that doesn’t get grabbed, a shoulder that doesn’t get warmly squeezed or a pair of warm bodies with drinks in their hands who don’t find a friendly Irishman suddenly draped over them. We ran out of the number of times people made the following observation about the former U.S. Ambassador to Germany: “He’s working.” Even if the worst case scenario proves true: that new-on-the-scene Murphy – who’s convincingly channeling Boston retail politics – has little more than larceny in his heart, along the way he’s showing a skill long valued by party pooh-bahs. That contrasts too with the cool, BlackBerry friendly style of Murphy’s main rival, Jersey City Mayor Steven Fulop.

The golden throated NJTV star political correspondent once again proved to be the only person to escape Washington, D.C. with his dignity intact, presiding over a particularly incisive Reporters Roundtable at breakfast on Friday morning.

The openly gay assemblymen from the 15th and 38th districts respectively held the D.C. bash that every Democrat wanted and then had to attend.

The assemblywoman from the 22nd district looks damaged as she tries to fight headlines about her husband’s application for Hurricane Sandy relief funds to rebuild a shore home. Sources say Union County Democratic Chairman Jerry Green and state Senator Nick Scutari (D-22) are now in huddle-up mode as they try to figure out what to do about their running mate. Fanwood Mayor Colleen Mahr could stand to win if Stender goes down, sources say.

As he heads into his budget address on Tuesday, 58% of New Jerseyans say Christie wouldn’t be a good president, according to a Rutgers-Eagleton poll, while would-be Democratic rival Hillary Clinton beats Christie 58-35% in the Republican governor’s home state. The other bad piece of news for the prospective presidential candidate was New York Jets owner Woody Johnson’s decision to back Jeb Bush for president over Christie, in a piece published by The New York Times.

The Roselle councilman stepped down after an NJ.com story dropped on him that he had missed multiple council meetings and Roselle Mayor Jamel Holley – set to get sworn in next week as the next assemblyman from the 20th District – called for his resignation.

Speaking this week at an event attended by Wisconsin Governor Scott Walker and corporate business executives, the former mayor of New York this week said of President Barack Obama: “I do not believe, and I know this is a horrible thing to say, but I do not believe that the president loves America. He doesn’t love you. And he doesn’t love me. He wasn’t brought up the way you were brought up and I was brought up through love of this country.” 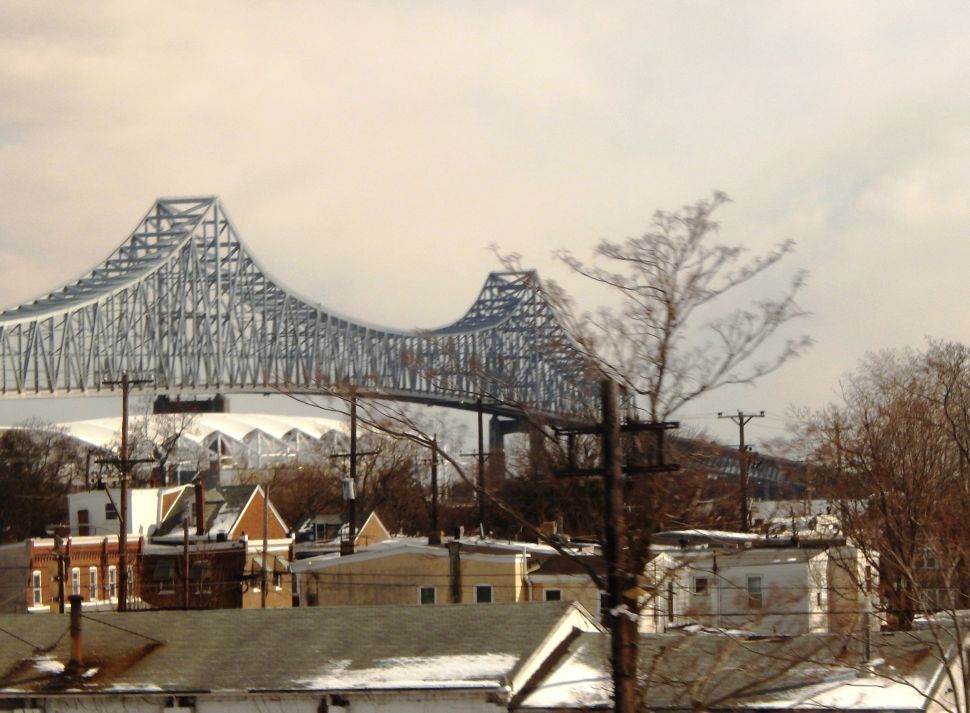