Two days ago, three young and promising American Muslims were murdered. Deah Barakat, his wife Yusor Abu Salha, and her younger sister Razan Abu Salha, college students, were shot at close range in the head by a neighbor. Craig Hicks, a 46-year-old white, vehemently liberal anti-theist, had been known to get into altercations with the couple over parking, noise and other issues, allegedly carrying a visible gun twice when confronting them. This time he put a bullet into each of them, including Razan, a 19-year-old who happened to be visiting her sister. The killer then turned himself in to the authorities.

Mr. Hicks’ Facebook page shows a clear disdain for religion, sometimes specifically toward Islam and Muslims. It also features a photograph of his loaded pistol, which may even have been the murder weapon. Yusor had previously told family that Mr. Hicks had said her appearance, in a head scarf, made him uncomfortable. For all intents and purposes, and to the Muslim community certainly, it seems Mr. Hicks was driven by anti-Muslim sentiment. This was probably a hate crime.

While it is clear that Mr. Hicks is responsible for these horrific murders, he does not carry the blame alone. The blame of this and many other hate crimes against Muslims in the U.S. can be traced back to the impunity with which Muslims are demonized in the public discourse.

The blame can be traced back to GOP candidates, like Bobbi Jindal, who curry favor with constituents by “otherizing” Muslims with fervor during election season, which we are currently witnessing. Mr. Jindal has upped his game, recently calling the immigration of Muslims to the U.S. an “invasion” and “colonization,” and warning of the imposition of Sharia law resulting in areas in which only Muslims will have control. In America, folks. In America.

Oklahoma state representative John Bennett said during a highly inflammatory “presentation” about Islam that Muslims are a cancer that need to be cut out of the country—and was met with applause as well as the backing of the Chairman of the Oklahoma Republican Party. New U.S. Congressman from Georgia, and Baptist pastor Jody Hice, ran openly on a platform that was anti-many-things but with regard to religion, specifically anti-Muslim, stating that Islam is not an actual religion that deserves First Amendment protection. Too bad for Mr. Hice that the courts of this country don’t agree.

The blame can be traced to pundits who routinely bash Muslims and Islam, like Bill Maher, who has spent years arguing Western culture is superior to “Islamic culture” (as if that’s a thing). Mr. Maher often compares the worst Christian extremists to the worst Muslim extremists while conveniently leaving out Western military aggression that has killed hundreds of thousands of Muslims. Both Bills, including his conservative counterpart O’Reilly, point to a “Muslim problem” in language reminiscent of pre-Holocaust Europe when the “Jewish problem” was hotly debated. Judge Jeanine Pirro of Fox, who recently called on President Obama to “stop defending Islam” after he pointed out that other religious groups have historically been prone to violence as well, is an egregious fear-mongerer. Ms. Pirro has warned of a “reverse Crusade” in which Muslims will wipe out Christians, advises “putting the fear of God in them,” noting even Guantanamo is “too good for them,” and saying this a war of “us against them.” The “them” is vague, and the “them” is in “our schools, malls or homes,” a terrifying prospect for the average Fox listener. Richard Dawkins and Sam Harris, both of whom have attacked and belittled Muslims repeatedly, were role models for Mr. Hicks as leaders of a movement who have gone from being atheist to anti-theist extremists.

The blame can be traced to an industry committed to harassing and maligning Muslims across the country. This industry funds professional anti-Muslim bigots such as Robert Spencer and Pamela Gellar, who organize mosque protests and anti-Sharia legislation campaigns. North Carolina, where the students were murdered, happens to be one of the states that have passed such ridiculously bigoted and unnecessary legislation.

The blame can be traced to the silent complicity with which we largely accept such overt bigotry and fear mongering, a complicity that stretches across the political spectrum. This silence allows public personalities to attack a religion and its followers with impunity, without calls for resignation, without any ramifications. The silence becomes fertile ground for sowing distrust and fear by conflating and confusing the small minority of Muslim violent extremists with Muslims in general. The silence is tacit approval of what, in any other context, would be considered hate speech. And this silence leads to deadly consequences, when people constantly pumped full of suspicion and anger toward Muslims finally lose control.

I am not surprised by the Chapel Hill murders, as horrific as they are. Considering rising Islamophobia across the country, coupled with the rise of violent extremism overseas, I have been braced for such an attack. Every day for the past few years I’ve felt trepidation as I send my daughters to their Islamic school. Muslims have been attacked, mosques have been attacked, and I cannot help but wonder when an Islamic school will be attacked.

But I still send them every day, refuse to give in to fear, and refuse to accept that Muslims do not have a place and future, as we have had a long past, in America. While the deaths of Deah, Yusor and Razan will always haunt us, their short but exemplary lives, committed to service, should guide our hope. While times are not easy for Muslims in America, thousands of such extraordinary young American Muslims exist across the country, serving the needy, leading social justice campaigns, developing innovative and creative ways to raise their voices above the ugliness. Justice for the slain students means not only prosecuting their culprit, but also breaking the silence about anti-Muslim bigotry that allows hate to fester, and honoring their legacy by embracing future generations of Muslims in this country.

Rabia Chaudry is an attorney in Maryland whose inquiries to Sarah Koenig inspired the creation of the podcast Serial. You can read her blog at splitthemoon.com and follow her on Twitter at @rabiasquared. 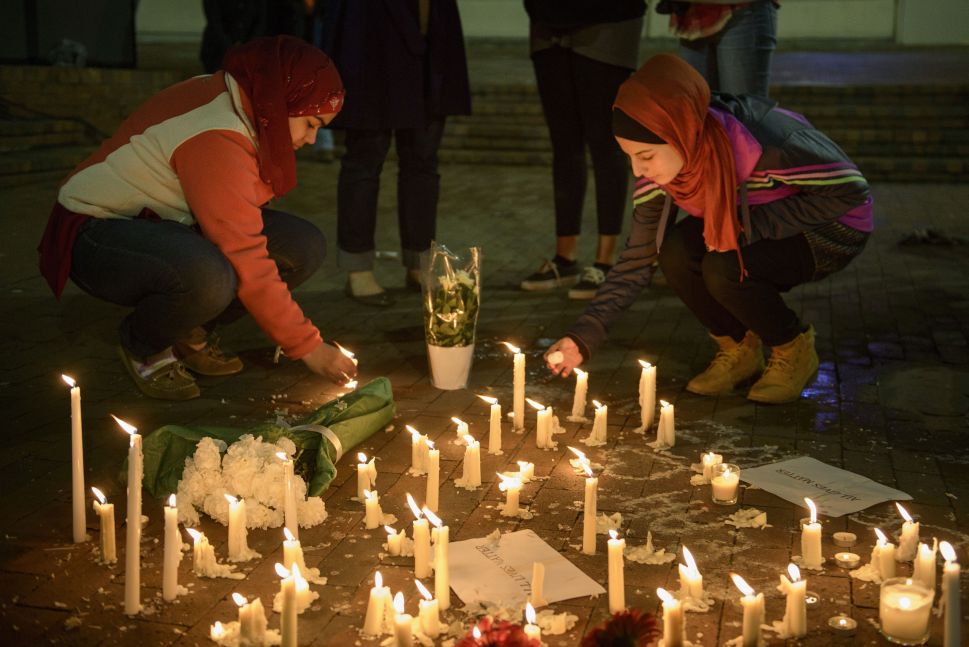