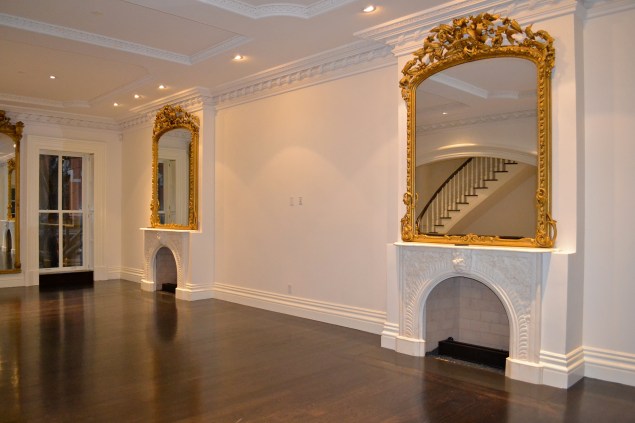 Even the dumbwaiter at 47 West 9th Street has been refurbished—no rickety contraption of frayed ropes and rusting pulleys, this, but a sleek metal box resembling a miniature elevator.

While most people might consider dumbwaiters trop 19th century, at this Greenwich Village brownstone, which recently re-entered the marketplace asking $26 million, Victorian accouterments are strictly necessary given the lingering upstairs/downstairs configuration, with two stories in-between the parlor-level dining room and the garden-level kitchen. 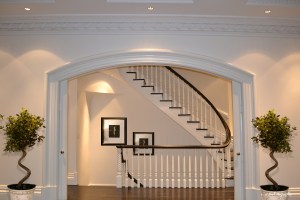 The very, very elegant staircase offers inspiration not to take the elevator.

“You really do need a staff in this house,” said William Rogers, the Fenwick Keats broker who shares the listing with colleague Michael Sieger, noting that it totals 9,200 square feet. Certainly, at least, you’d probably need one to make good use of the kitchen, which comes equipped with two dishwashers, two ovens, two refrigerators and an untold number of freezer drawers hidden behind chic white lacquered cabinets. Fortunately, there’s a staff suite in the basement, with a kitchen and full bath, as well as a separate entrance.

This being 2015, residents might also want to tend to themselves whilst sitting in the 40-foot-long parlor outfitted with the home’s original gold mirrors and two (two!) wood-burning fireplaces. Thankfully, a wet bar has been tucked away in a nook off the south side of the room, lest a group of friends requires a champagne toast when the maid has the day off. There’s also has a 1,000-bottle wine cellar, to ensure that one’s favorite vintages are always on hand. When we peeked inside, its contents were resting comfortably in climate-controlled perfection.

There aren’t many houses with both an in-service dumbwaiter and a modern 1,000-bottle wine cellar, a state of affairs that is thanks to a massive renovation the home underwent several years ago, trading in 2011 for $16.8 million after a stint as one of the most expensive downtown houses on the market, asking at the time $28 million. 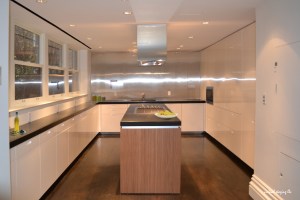 The kitchen is also sharing averse. It basically has two of everything.

The result of all that refurbishment and renovation has made for an impressive mix of period details and modern conveniences spread among the home’s four floors: For example, the master bedroom suite, which consumes an entire floor and boasts a working fireplace, provides for ample time apart as well as together with his-and-her dressing rooms leading to separate full baths.

Upstairs, three additional bedrooms, two with attached baths, are arrayed beneath the elegant skylight that caps the gracefully spiraling staircase. Though this, too, had been retrofitted, at least temporarily, with Plexiglas at each perilous turn—the current renters have children, and while things like dumbwaiters will never go out of fashion, somewhat cavalier attitudes toward child safety are most definitely passé. Of course, at 47 West 9th, the staircase is entirely optional: One can always take the elevator. 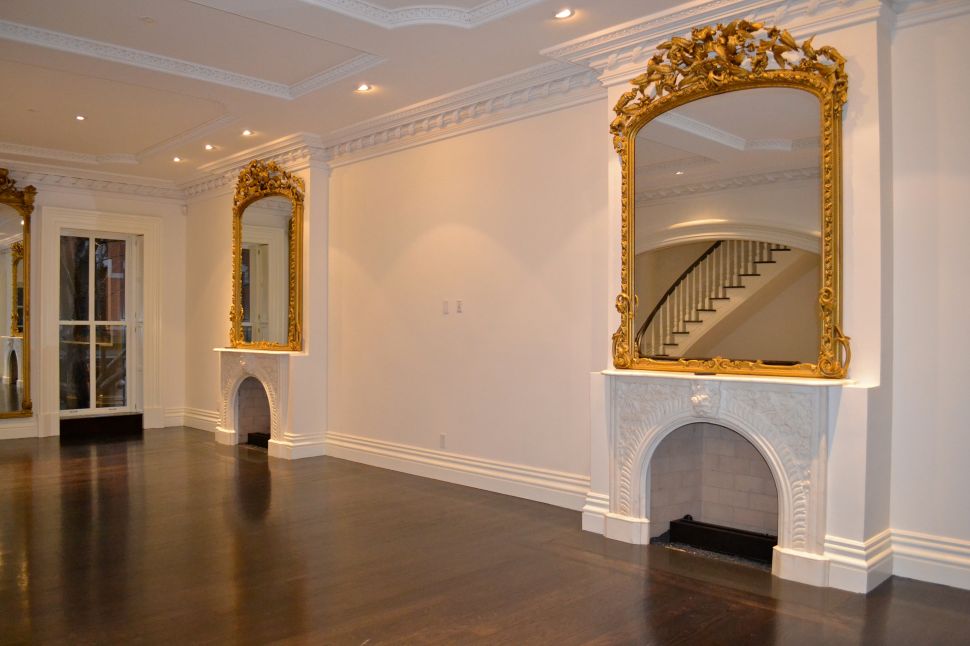