The revival of the Republican Party in New York City was supposed to begin with Bob Turner.

Mr. Turner, an avuncular former television executive, slayed a favorite son of the Democratic machine, winning an open House race for a Brooklyn and Queens seat that once belonged—lock, stock and barrel—to liberals like Charles Schumer and Elizabeth Holtzman. His victory in 2011 over Assemblyman David Weprin, months after a sexting scandal felled Anthony Weiner, drew national headlines and led some Republicans to believe that a conservative comeback in the outer boroughs was not only possible but inevitable.

It was not to be.

Mr. Turner’s brief tenure in Congress unceremoniously ended when he was redistricted out of office; he lost a Republican primary for the United States Senate in 2012. A year later, one of the City Council’s four Republicans, Dan Halloran, was indicted in a bribery scheme that would eventually  earn him a 10-year sentence. Months later, a liberal Democrat named Bill de Blasio was easily elected mayor. He annihilated the Republican Mr. Turner endorsed, Joseph Lhota, by 49 points.

But Mr. Turner, after a failed bid to take over the party in 2013, is back. His home has been rebuilt. In September, he will officially be named the new chairman of the Queens Republican Party, a once formidable organization that is now almost irrelevant, ruined by infighting and the GOP’s overall slide in New York.

Mr. Turner thinks he can change that.

“A lot of energy was wasted in intramural battles. Our job is to begin a registration campaign to bring more people in to spread the word, to form the right committees to find the best candidates and to do outreach to various ethnic groups in New York,” Mr. Turner told the Observer in an interview last week.

“We haven’t done a really good job at all, especially in Queens,” he added. “I’m hoping that some of the practical experience that I had in campaigning and getting people motivated will apply to overall efforts here in Queens.”

For decades, Queens Republicans were bitterly divided into two factions along geographical lines. Power resided in the north, where former chairman Phil Ragusa ruled until succumbing to leukemia last year. So rancorous was this division that the Ragusa-led GOP launched a primary challenge against Queens Councilman Eric Ulrich, a leader in the southern faction, when he unsuccessfully ran for State Senate in 2012.

Mr. Turner is close to Mr. Ulrich and the southerners, but after Mr. Ragusa’s death and the conviction of his right-hand man, Vincent Tabone, in the same bribery scheme that Mr. Halloran quarterbacked, the former congressman emerged as a consensus choice to save the moribund party. A decade ago, Queens had two Republican state senators and a city councilman. As recently as 2009, the borough boasted three GOP councilmen.

The lone Republican in the borough is now Mr. Ulrich, 30.

“A lot of this feud seems to go back 25 years, long before I was in politics. Many people on one side or the other don’t even remember what they were mad at,” Mr. Turner said. “I think everybody is content to say, ‘Look, this has gone on long enough.'”

Mr. Turner is hopeful that Queens, more Democratic than ever, can be home to a Republican revival, especially if corruption scandals and bad headlines continue to hit Democrats statewide.

He also hopes a backlash against the progressive priorities of Mr. de Blasio can spark a resurgence for Republicans in Queens, particularly in the home-owning and more suburban stretches of the borough.

“I think taking on the police department was just wrongheaded and it’s undermining public confidence and public safety,” Mr. Turner said of Mr. de Blasio’s much-publicized disagreements with the police unions. “He has backed the teachers unions at the expense of kids. I think that will be another issue.”

Mr. Turner argued the mayor “inherited a pretty good financial system” but could see reversals by 2017, when he is up for re-election. “I think the pendulum swings back the other way,” he said.

“The City Council is in lockstep with him on a lot of bad policy decisions, particularly in Queens,” he continued. “The government’s primary responsibility is to preserve and protect. Whether you think [liberal] policies are rightheaded or wrongheaded, it will come to a head soon—most people agree we’re on the wrong path.”

The big issue, Mr. Turn said, is “the economy and I think Obama’s handling of this, in almost all areas, has been poor. We have to emphasize a message of prosperity through free enterprise and investment in private sector initiatives.”

On a grassroots level, Mr. Turner is hoping to build the strength of the Queens Republican clubs, recruit more people to carry petitions, and contest more races. In recent years, the party has allowed many Democrats in the borough to run virtually unopposed.

With the internecine warfare winding down, Mr. Turner believes more activists and donors will be drawn to the party. The organization had been overly reliant on a limited number of benefactors, like billionaire John Castimatidis.

“I think a lot of our contributors were concerned that they were putting money into seeing Republicans fight other Republicans. That’s pretty crazy and pretty difficult to ask people to contribute,” Mr. Tuner said. “With a cohesive unified front and good candidates, getting people who want to be involved–it’s a good start.” 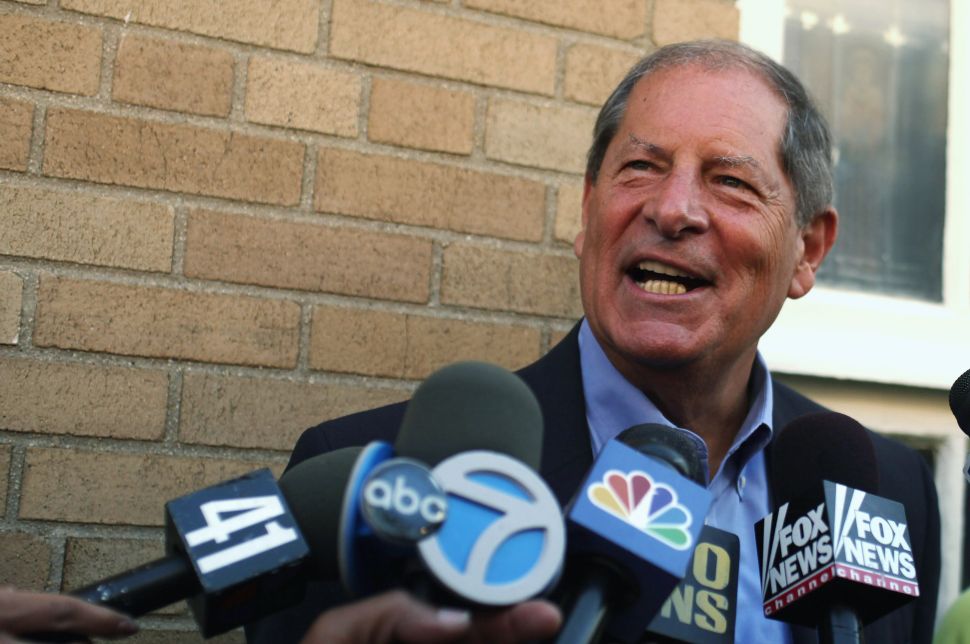