Congressman Steve Israel claimed he only wanted to be three things in life: a published novelist, a member of Congress and a ballplayer for the New York Mets.

The Long Island Democrat, not much of an athlete, is batting .666 on that front.

Mr. Israel, 56, had a rough few months before The Global War on Morris, his satiric novel on the Bush years, was published in December. He was chairman of the Democratic Congressional Campaign Committee when Republicans routed Democrats just about everywhere, cementing their biggest House majority since the Harry Truman administration. Shortly after Election Day, he stepped down as chair of the DCCC–but he’s been plenty busy since.

“Sales and reviews have been very strong and a lot of people think, not that the book is that good, it’s just that a book by a member of Congress is presumed to be that bad. They’re pleasantly surprised by it,” Mr. Israel told the Observer on Monday.

Mr. Israel is also writing satire–a mockery of the Bush years, when the Iraq War raged and Democrats derided an imperial Republican presidency. The novel follows Morris Feldstein, a nebbishy nobody from Long Island, and the bizarre ways he’s ensnared in an ever-expanding Bush counter-terrorism machine.

It’s easy enough for a New York Democrat to skewer Bush Republicans. Mr. Israel’s second novel, already in the works, will take on the National Rifle Association. But the congressman said he’s not afraid of wrangling with elements of his own party orthodoxy.

“I’m comfortable with satire. I think if you’re gonna be a member of Congress, particularly this Congress, the whole country is laughing at you,” he said.

He added: “If I had written a dry policy book on the war or on the NSA surveillance, no one would have read it. I chose to comment on that program by turning it into a parody of Washington. And everyone who loves Washington.”

Mr. Israel wakes up at 5 a.m. every day to write for an hour. He’ll write throughout the day on his iPhone. His literary tastes skew mainstream: favorites include Nelson DeMille, the thriller writer with glossy advertisements at Long Island Rail Road stops, satirist Christopher Buckley, ironically the son of conservative icon William F. Buckley, and Carl Hiaasen. Mr. Israel was thrilled when a Washington Post review likened his writing to the work of Mr. Hiaasen, a journalist who has written acclaimed adult and young adult fiction.

Mr. Israel likes to read fiction and nonfiction simultaneously. Right now he’s ripping through Ernest Hemingway’s For Whom the Bell Tolls and an autobiography of Che Guevara. (Fox News, you’ve been warned.)

On Capitol Hill, Republicans and Democrats bond over just about nothing, but Mr. Israel is hoping to change that. He’s forming a congressional writer’s caucus to unite members of both parties who just want to work on their writing–not debate the Keystone Pipeline. Members include one California Democrat, Adam Schiff, and one California Republican, Dana Rohrabacher.

“We have our first meeting when we return to Washington,” Mr. Israel said.

Congress, where he is doomed to the minority and bipartisanship is otherwise a pipe dream, is not the most fertile ground for Mr. Israel these days. But his literary career is another matter.

Fresh off a spate of positive reviews, Mr. Israel is undertaking a book tour, with a stop this Sunday at the Bay Terrace Barnes and Noble in the eastern Queens sliver of his district. From 2 to 4 p.m., Mr. Israel will chat about his novel and sign copies. More events are planned at bookstores throughout Long Island.

For Mr. Israel, writing really is all about the love of the game and not a quick buck–congressional rules severely limit how much income he can earn from his books. He can’t collect an advance from a publisher, unlike Gov. Andrew Cuomo, who reportedly netted more than $700,000 for his poor-selling memoir.

“The book is earning my agent money and earning [publisher] Simon and Schuster money. I haven’t seen anything yet,” he said. “At a certain point, there may be some remuneration. Up to now, the pay has been getting good reviews.” 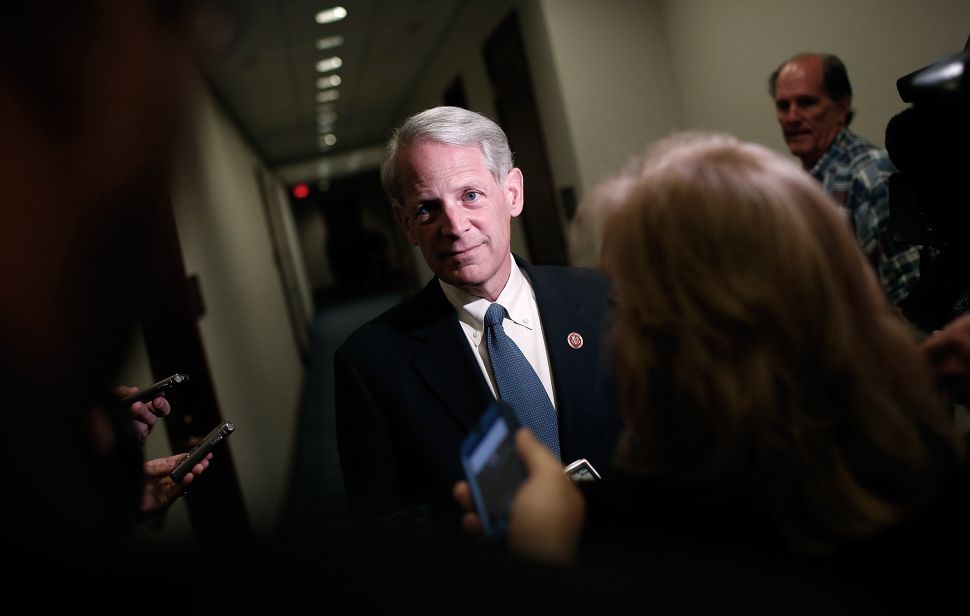