Nightmare became reality Sunday morning when passengers on Coney Island’s famous Cyclone roller coaster stopped mid-ride at one of it’s highest points, forcing those on board to scale down the wooden tracks for safety. Not only was it Luna Park’s opening day, but the Cyclone’s opening ride, with promise to amusement park fans that the first 100 to arrive would get a free ride on the 87-year-old coaster. Despite the malfunction, a representative for Luna Park told the Times that it was an isolated mechanical issue, which was followed by exemplary safety precautions and a successful evacuation. (New York Times)

Once 2017 rolls around, President Obama will be looking for new digs outside of Washington D.C. and, according to sources at Buzzfeed, New York City is very much on the table. Along with a family move, President Obama will likely bring his Presidential Library to his undergrad alma matter, Columbia University in Harlem. (Buzzfeed)

After a two day search, the bodies of two men who went missing in the East Village explosion were recovered Sunday. The gas explosion, which shook Second Avenue in the East Village Thursday afternoon, left at least 19 injured and three buildings completely destroyed. Distraught family members confirmed the identity of 23-year-old, Nicholas Figueroa, who was on a date at Sushi Park at the time of the explosion. The second body, thought to be that of Sushi Park’s busboy Moises Lucon, will be identified using dental records. Authorities now believe that there are no other victims in the rubble. (New York Post)

Pesky Citi Bike riders and space-consuming bike racks are about to double. Citi Bike owner Motivate is planning some big changes for the program, including software updates and more accessible usage by summer’s end. Most importantly, by 2017 the current 332 docking systems will jump to 700, and 6,000 bikes to 12,000. Motivation is working hard to address complaints of both riders and New Yorkers that were often overlooked before they bought the program in October. (NBC 4 New York)

Traffic cameras aren’t just coming for red-light runners anymore. According to a Freedom of Information Law request by the Daily News, nearly 450,000 speeding tickets in 2014 were issued via Speeding Cameras, generating $16.9 million in revenue for the city, as opposed to the NYPD’s 120,000 tickets. The staunch increase in tickets, which are given to those driving more than 10 mph over the speed limit, are apart of Mayor Bill de Blasio’s Vision Zero initiative to make the streets of New York safer; by the end of 2015, he hopes to have all 140 speeding cameras active and functioning. (New York Daily News) 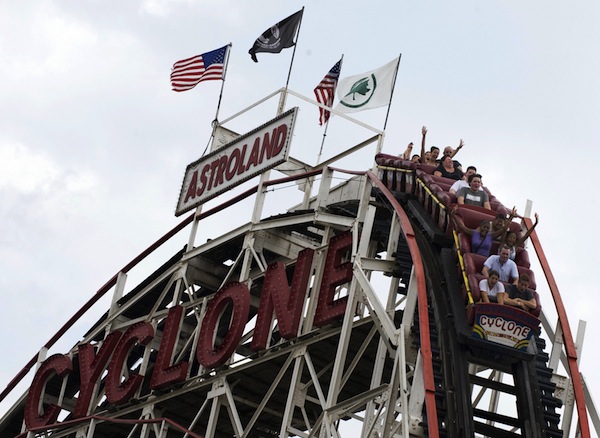