A woman was fatally struck by a flying piece of plywood while walking down a Manhattan sidewalk. The 37-year-old was on West 12th Street near the former St. Vincent’s Hospital when she was hit by a 4-foot-by-8-foot hunk of wood, causing her to slam her head into the wall of a parking garage. The loose piece of wood was traced back to construction work on the old medical building, where a high-end Village condominium is being developed. Winds at the time of the incident reached 38 mph, according to the National Weather Service. (Daily News)

Rent in New York City is certainly not child’s play, and Toys R Us may be Gotham’s latest victim. The giant toy retailer announced yesterday that they will not be renewing their lease on the 110,00-square-foot flagship store in Times Square due to the escalating real estate market. The iconic store, that includes a life-sized T-Rex dinosaur, a 60-foot indoor Ferris wheel and a 4,000-square-foot Barbie Dollhouse, will be vacated next February. A spokeswoman for the company said that they have not yet decided on a new location, although it has been rumored that the toy conglomerate may be moving nearby to the large retail space at the base of the Marriott Marquis at 1535 Broadway. (Commercial Observer)

For the first time since travel restrictions were loosened by the Obama administration in January, New Yorkers were able to take a direct flight to Cuba. The chartered flight left Kennedy Airport Tuesday morning on route to Havana, avoiding a stop in Florida which has been previously required. While the two nations attempt to heal their historically contentious relationship, travelers are still required to declare a purpose for their trips, which must fit into one of 12 approved categories that includes journalism, family visits, religious activities and others. Flights will be offered by Cuba Travel Services once a week on Tuesdays for a steep $849 a ticket. (New York Post)

If your work week feels never ending, that’s because it is–New York City residents have the longest work week among the country’s 30 biggest cities. The report was made public by city Comptroller Scott Stringer who said that a typical work week for New Yorkers lasts more than 49 hours, including an average of more than six hours of commuting time. The long commutes hit lower-wage workers the hardest, who are more likely to live in areas of the city that are not as well-served by public transportation. While some New Yorkers may take pride in the reports findings, Mr. Stringer believes it illustrates a need for the city to expand and improve its transit networks. (The New York Times)

With spring may be only two days away, but forecasters are predicting temperatures around 10 degree below the normal average for the remainder of the week, culminating with three inches of snow on Friday. Despite seasonably late snowfall approaching, the weather has provided another reason New Yorkers can be thankful that they do not live in Boston. (DNAinfo) 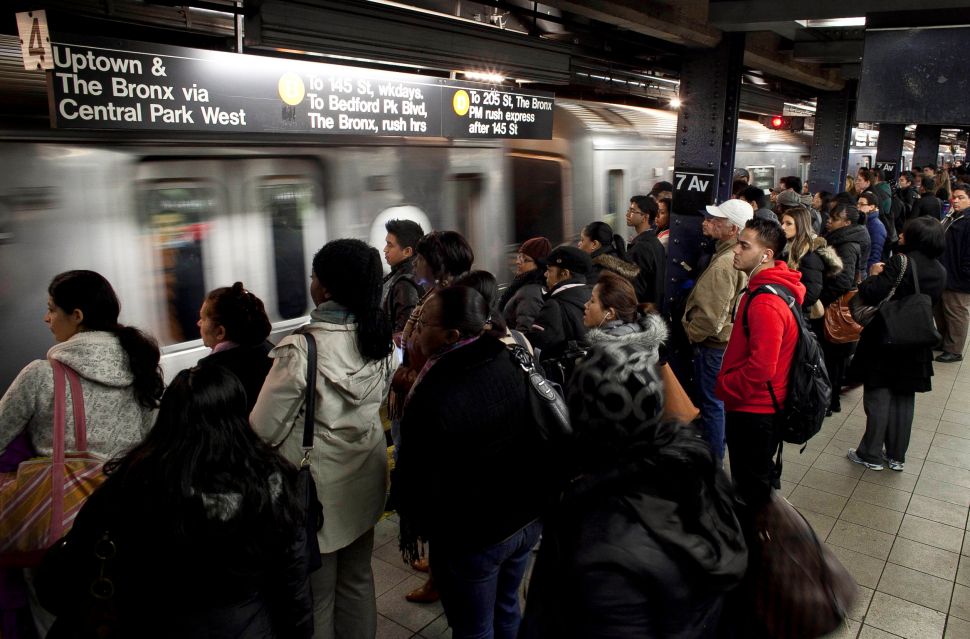