The seemingly eternal issue of ethics reform is up for discussion in Albany again, and thanks to the heat applied by U.S. Attorney Preet Bharara and others, issues of transparency and accountability have taken center stage in the ongoing legislative session.

But another kind of reform, one touching on the everyday lives of millions of school children, seems on the cusp of implementation. If Albany comes together across party lines to embrace continued change in the state’s public schools, Gov. Cuomo and legislative leaders will have good reason to take a bow when the session ends later this spring.

Several key issues are in play at the moment. One is continued mayoral control over the city’s school system. Mayors had been pleading for power over the public schools for decades, but it wasn’t until Mike Bloomberg found a way into the hearts of legislators in 2002 that such accountability was granted.

But even Mr. Bloomberg could not achieve complete success: Mayoral control will expire in June unless the governor and the legislature act. Mr. Cuomo has proposed an extension of just three years, meaning that this fight will unfold again in 2018. Assembly Democrats want to extend control for seven years. To which some might say: Why have a sunset provision at all?

Mayor de Blasio and former Mayor Rudy Giuliani, two men who do not agree on much, came together to ask Mr. Cuomo and legislators to continue mayoral control. It’s a system, they said, that provides “direct accountability.” No faceless boards to blame if the schools are not performing.

In addition to continued mayoral control, Albany is considering several other promising measures that will bring more accountability to education. Mr. Cuomo is pushing to expand charter schools and to increase the state’s reliance on standardized tests as a measure of teacher performance. Neither of these proposals is especially popular with the defenders of the unacceptable status quo. That’s why the Observer supports them.

The governor’s office recently released a report showing that at least 50,000 New York City public school students attend 91 failing schools. The human cost of this unconscionable state of affairs is beyond calculation. From a purely fiscal standpoint, the administration figures that it costs about $20,000 a year to not educate each student in those failing schools. That’s a billion a year.

Something has to change, and credit to the governor and many legislators for trying to bring about change despite adamant opposition. As Mr. Cuomo’s spokeswoman, Dani Lever, put it, “the louder special interests scream … the more we know we’re right.”

The special interests are also screaming about the governor’s support for a proposed Education Tax Credit that would give taxpayers credit for contributions to educational institutions—public, private and parochial. Mr. Cuomo’s motives are refreshingly transparent: The purpose of the legislation, he recently wrote, “is in part to aid parochial and religious schools.”

Non-public schools have a part to play in the push for education reform. The governor recognizes that. The question is whether the Legislature will turn a deaf ear to the screams of special interests. 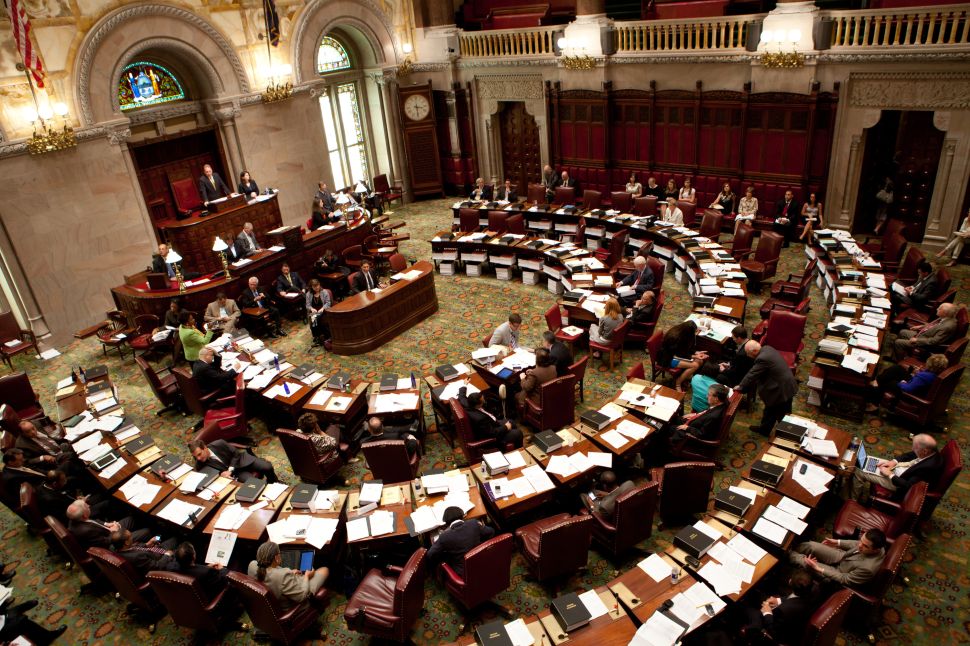