What (arguable) luxury did buyers around the world spend $54 billion on in 2014? Art.

The art market in 2014 broke all existing records, according to the annual TEFAF Art Market Report by Art Economics founder Clare McAndrew, which was released today. The global art market raked in over €51 billion ($53.9 billion U.S.)—an all-time high. Moreover, the annual sales figure has finally surpassed the 2007 pre-recession high of €48 billion ($51 billlon).

“The art market reached its highest ever record level of sales with continuing strength in Modern and Post-War and Contemporary art,” she noted.

But there is some evidence to indicate that art is something of a hobby of the 1%: “It continues to be a highly polarized market, with a relatively small number of artists, buyers and sellers accounting for a large share of value,” said Ms. McAndrew in a statement (emphasis the Observer’s)

“However, a promising trend counteracting this to some extent is the growth in online sales, which has encouraged a greater volume of sales in lower priced segments,” she concluded.

Plus, Ms. McAndrew found that the art market’s impact on the wider global economy was significant: approximately 2.8 million people work for 300,000 companies that buy and sell art and antiques, and €12.9 billion ($13.6 billion U.S.) was spent on support services for those businesses.

Commissioned each year by the European Fine Art Foundation—who are also the organizers of The European Fine Art Fair in Maastricht, which opens this Friday—the report examines the health of the global art market, the success of individual sectors, and patterns in collecting. It also considers the cumulative impact that art fairs, online art sales, and auctions have on the global economy. It is considered the definitive annual analysis on the art market’s overall status.

We’ve picked out three major highlights from the data:

The U.S. is the Biggest Player

Not only was the U.S. the leader in the global art market on the whole last year, but also accounted for 46 percent of Post-War and Contemporary sales—which in turn accounts for 48 percent of all fine art auction sales, making it the frontrunner by far. Modern art auction sales come next, and the U.S. shared that section of the market with China.

In 2014, there were close to 180 art fairs worldwide, and 39 percent of them were in the U.S., while Europe held 38 percent and Asia 12 percent. Ms. McAndrew’s research highlights that while €9.8 billion of art changed hands at art fairs last year, that number doesn’t include sales made after fairs close that were a direct result of networking done on-site. But while art fairs may be making money, they certainly don’t come cheap for dealers. Last year, dealers spent €2.3 billion to attend fairs.

Online Sales are Making Strides and Making an Impact

There’s been plenty of speculation about the impact of online sales, and Ms. McAndrew’s report should silence the doubters and please the fans: the market for art online is only getting stronger. Sites like Art.com, Artspace.com, and Gagosian.com were the highest ranking in 2014, paving the way for online sales of art and antiques to make €3.3 billion—6 percent of total sales. The price point for buying online still hasn’t reached the same threshold as auction and art fair sales, however, and on average most purchases are between $1,000 and $50,000.

More information about the 2015 TEFAF Art Market Report can be found on the TEFAF website, here. 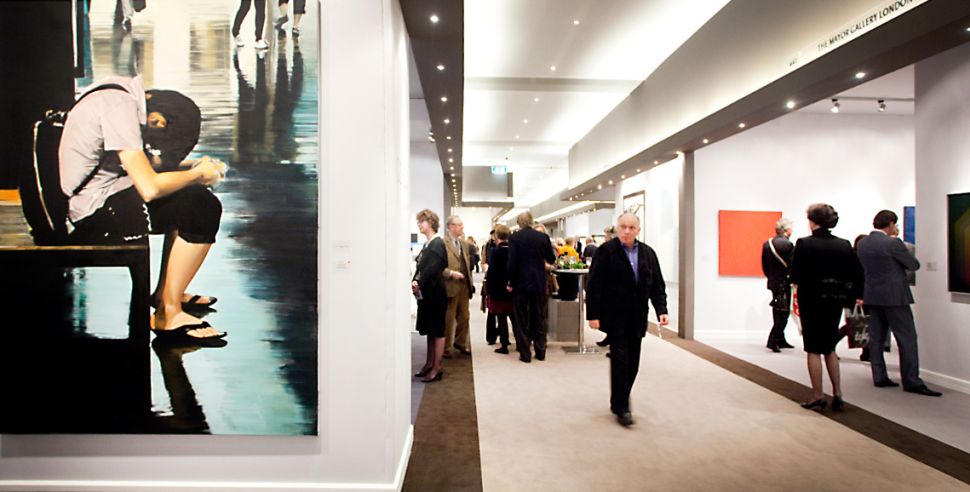