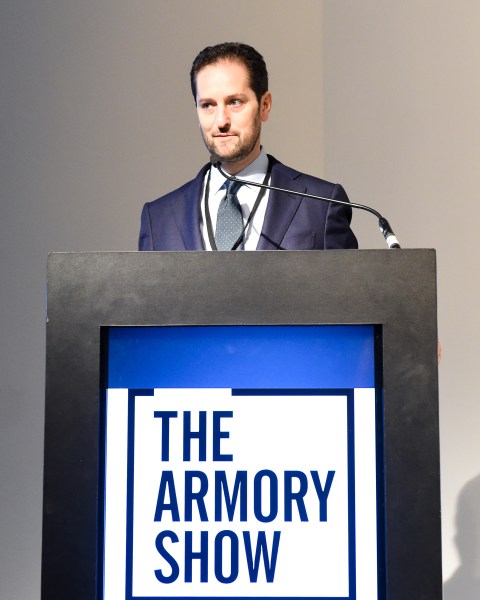 Noah Horowitz at The Armory Show. (Photo by Billy Farrell)

As you may be aware at this point, it’s Armory Week in New York City. And that means we’re seeing wall-to-wall coverage of the fair and its related hubbub. So here’s a nice interview with Noah Horowitz. It seems that Mr. Horowitz, the director of The Armory Show, has revived a dying brand, and this year is just another step forward. Here’s a bit from the T piece: “At the age of 35, Horowitz, who penned the art-market manual ‘Art of the Deal’ and is a faculty member at Sotheby’s Institute of Art, commands expert status in the ways of the contemporary scene, and has made the fair his own. ‘Overall, I think the feeling is of renewed strength to the fair. We’ve made a huge emphasis on quality, in the stature of the galleries themselves—and I don’t mean just blue-chip galleries, but also young and mid-career ones, too,’ he explains of his strategy.” [T]

A carpetbagger from Washington, D.C. came up to New York to investigate Wafaa Bilal’s works in Focus, and reported the following exchange as if it were scandal: “‘I’m thinking $80,000 to $100,000,’ Bilal said casually to the director of his Dubai-based gallery, as if he were discussing which toppings to put on a pizza.” [The Washington Post]

The local blogs are getting into the local fairs, the fairs that don’t go for all that glitz and glamor, because, um, “There’s a ton of glitz and glamour and MONEY at most of these art fairs, which certainly can be entertaining in and of itself.” But if you’re into fairs with “a bit more of a homegrown feel to it” then go to Spring Break. Glad you figured that out, local blog. [Gothamist]

One awesome thing at the fair I forgot to write about: the Andrew Ohanesian installation, Slots, at the Pierogi Gallery booth. The installation consists of just slot machines and you can play them. Maybe the metaphor is very much there, but, like, you know, no one’s gunning for the subtlety award at an art fair. Bring on the big message! An art fair is like a casino—the house always wins! [ARTnews]

Oh, and in the middle of all of this, David Geffen gave $100 million to Lincoln Center, and so Lincoln Center is renaming Avery Fisher Hall for David Geffen. David Geffen Hall. Say it, say it again, get used to it. And, you know what, that’s great. $100 million for the arts! But one must think, like, is this a big chunk of funds—$100 million!—that’s not funding a presumptive presidential campaign for Mr. Geffen’s old friend, Hillary Clinton? $100 million can sway a ton of tractor owners in Iowa. Oh, but I’m not here to speculate. Let’s just listen to a song by Joni Mitchell about a free man in Paris who felt unfettered and alive. [Artforum] 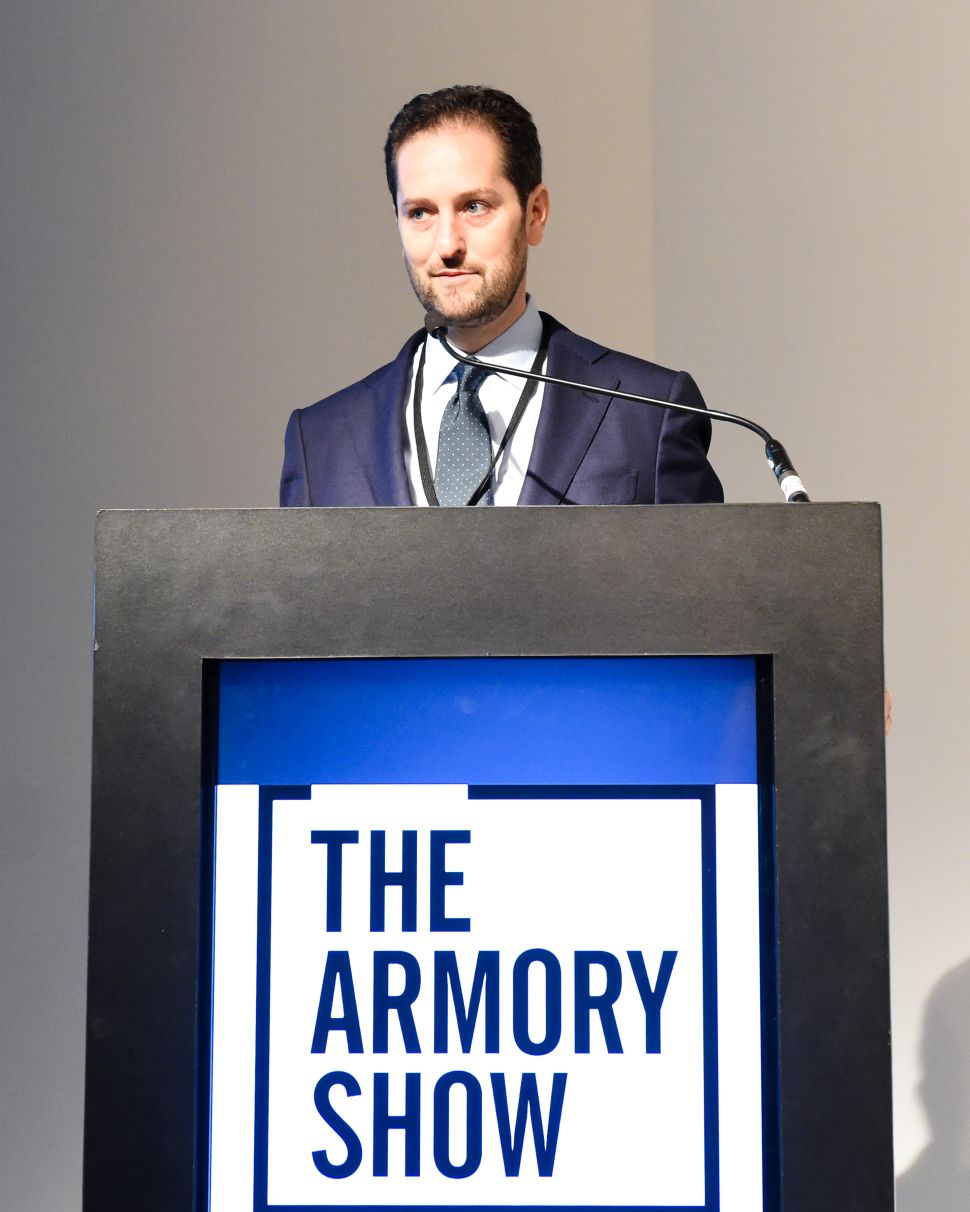