A small bronze statue of J.M. Barrie’s famous children’s book character Peter Pan by artist Sir George Frampton could fetch between £25,000 and £30,000 at Bonahams New Bond Street sale of Fine English Furniture, Sculpture and Works of Art on March 11. The work is a smaller version of Frampton’s world famous life-size sculpture, which stands in London’s Kensington Gardens and inspired duplicates to be erected in Liverpool, Canada, Brussels, Australia, and New Jersey. [Art Daily]

The count for museums in Miami without directors now stands at four. Cristina Ruiz writes: “The circumstances of each may differ but the challenges faced by their directors are similar: increased competition for funding amid paltry local support, unruly trustees and, in the case of galleries run by private collectors, overbearing patrons whose decision to run their own spaces instead of supporting municipal museums has given Miami a series of identikit collections with rarely changing displays.” [Art Newspaper]

A rare show of personal works by British artist Henry Moore will take place at London dealer Osborne Samuel. Some of the works will be for sale, but many will be loans. On view will be the sculptures and drawings Moore gave to his sister Betty, which includes a cement case of her infant son’s head, as well as some of the artist’s first lithographs, and drawings of Londoners sheltering in the Tube during the war. [Guardian]

French government official Serge Lasvignes has been nominated to be the new head of the Pompidou Center after Alain Seban departs after eight years. The nomination awaits approval from a government council. [New York Times]

American archaeologists have discovered a 3,000-year-old tomb in Egypt that belongs to a nobleman named Amnehotep who guarded the temple of ancient Egypt’s most revered Gods, Amun. Egypt’s Ministry of Antiquities released a statement about the discovering on Tuesday, and announced that the site, which is near Luxor, dates to the 18th dynasty, and described the tomb’s murals as “stunning scenes with bright colors.” [NBC News] 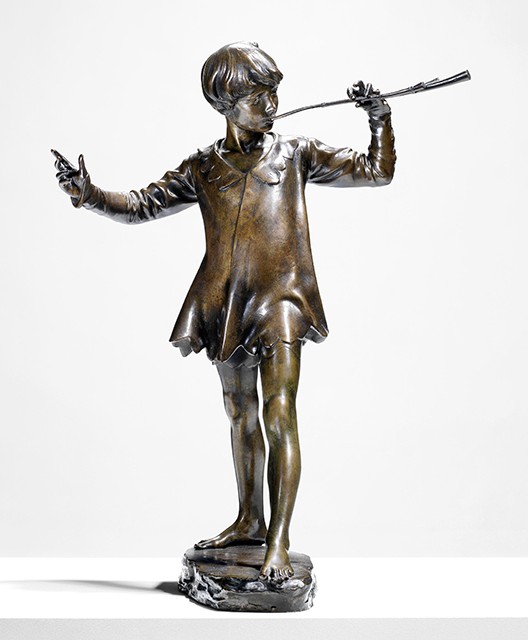