Do you remember that time at Art Basel—whether it be in Miami, or Hong Kong, or Basel—when someone started handing out Davidoff cigars? I remember pretty much precisely. It was at a party for Gladstone Gallery at an 18th Century castle in Switzerland, my first time in Basel, that fairytale of a town with ancient buildings frosted like birthday cakes, the land of free public transportation and $70 whiskey sodas. So when someone started handing out Davidoff cigars, I figured it was simply a perk of the party, some extension of the largess that landed us in a castle in the first place. Not quite! The Davidoff cigars were there because Davidoff cigars is bludgeoning itself into the art world through brute force and a ton of funds. There is the Davidoff Art Initiative, which promotes contemporary art in the Dominican Republic, where the tobacco for the cigars is grown and rolled (Davidoff is owned by Imperial Tobacco, the fourth-largest tobacco conglomerate in the world, and Davidoff is a tiny slice of its billions of annual revenue—just for context!). And, in general, Davidoff is spending a ton of money trying to get people like me and The New York Times to write about its arts initiatives, and I guess it’s working because here’s a story in the Times that mentions that Davidoff is “selling humidor boxes designed by the French artist Lison de Caunes, at 19,500 euros apiece” at Art Basel Hong Kong this week, and quotes a Davidoff executive at a lunch at Art Basel Miami Beach saying some mindless PR nonsense like “Art is part of corporate social responsibility”—and here I am writing this thing about Davidoff where I mention Davidoff a dozen or so times. So I guess all the millions spent by Davidoff’s parent company establishing itself as an art-forward brand or whatever is paying off, even if it’s just a blip on a budget sheet for one of the world’s biggest tobacco companies. Brands! They have taken over everything. Have fun in Hong Kong, everybody. [NYT]

“I guess all of these artists live in the Bronx?” said Alan Alda, at a cocktail party for the Bronx Museum of Art, which was held at a hotel in Manhattan, far from the Bronx. And considering this reporter’s history of going to cocktail parties for museums where actors are present, there probably weren’t any artists there at all, from the Bronx or otherwise. [Artforum]

Here’s another profile of Hans Ulrich Obrist that calls him “eccentric” and mentions that he has weird sleeping habits. [The Guardian]

And now we get a trend story about hotels installing contemporary art in the lobbies, the rooms, wherever. The Armory Show did have its kick-off cocktails a week ago—a week ago! it feels like legitimately a month ago, God, Armory Week—at Langham Place, which the Journal refers to as Langham Palace for some reason. They fire all the copy editors over there? Anyway, it’s an otherwise inconsequential hotel that happens to have some Alex Katz paintings in the lobby, and you know what? They looked pretty good. It’s better than spending money stocking the rooms with fancy soap. [WSJ]

And here’s fun example of a publication devoting its editorial real estate writing about the advertisements in its competitor: “Lynda Benglis achieved early and lasting notoriety when she appeared in the November 1974 edition of Artforum magazine wearing only a pair of sunglasses and brandishing a cartoonishly large dildo between her legs. Two of the magazine’s editors resigned and the ad has since become one of the iconic images of feminist art history. Today, the 73-year-old Benglis may be less confrontational, but she has continued to push the boundaries of artistic acceptability and to challenge orthodoxies with her exploration of a wide and often vividly coloured range of materials, from pigmented latex, luminous polyurethane, beeswax and glitter to lead and bronze.” [The Art Newspaper] 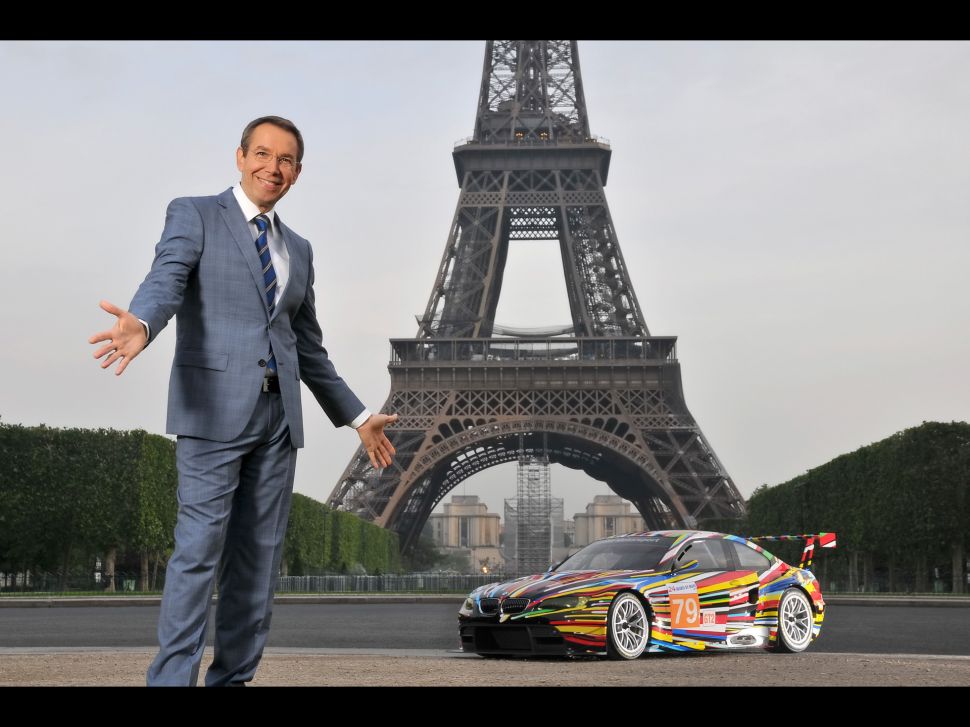