A few days back, a Paris court ruled that a a man in Paris could, in fact, sue Facebook for censoring their posts—in this case, a post that shared an image of L’Origine du Monde by Gustave Courbet. And yes, that is a very explicit painting, but that is exactly the point, and seeing as Facebook employs hundreds of thousands of people around the world to flag anything it deems inappropriate for the squeaky clean environs of Facebook, hopefully this lawsuit will at least alert people to what’s happening. Banning art is bad, Facebook. Stop banning art! [The Telegraph]

A Maurizio Cattelan work that lists every time the British soccer team lost was bought—and by a Frenchman, naturally. Let the gloating begin. [artnet]

The Sacramento City Council has unanimously approved a contract that will bring a work by Jeff Koons outside the stadium of the Sacramento Kings, the city’s NBA basketball team. If you have truly nothing to do with your life for the next three hours, you can watch three hours of people in Sacramento arguing about Jeff Koons. Or maybe just look at the protester pictured with this article, who stands outside the city council with a sign that says “No 1 will come to see this!!!” [The Sacramento Bee]

Moscow’s culture czar—who brought an open mind and liberal bent to the administrative job, creating progressive art spaces and the like—is leaving his position, and he implies that he’s being forced out for unsavory reasons. The new guy, who looks extremely serious in this picture, is apparently known for his “efficiency and patriotic views.” Having been in Moscow late last year, the place is already oozing signs of artistic suppression, and to off a guy for being open to outre art and replace him with a bureaucrat is an extremely bad look, guys. The world wants to take you seriously, and this is not helping! [The Art Newspaper]

And so now the word is out about MOCA’s decision to give a retrospective to Matthew Barney as part of a big celebration of his work at several institutions in Los Angeles, so instead of reading the same blog post about how he abandoned his family by cheating on Bjork with another woman (and we all know who that other woman was, right?) let’s just revisit the profile of him by Calvin Tompkins, published in The New Yorker in that distant year of 2003. [The New Yorker]

And for good measure, here’s the New Yorker profile of Bjork, from a year later. If you were really pulling for mommy and daddy to stay together for Isadora, the kicker is pretty brutal to read now. [The New Yorker] 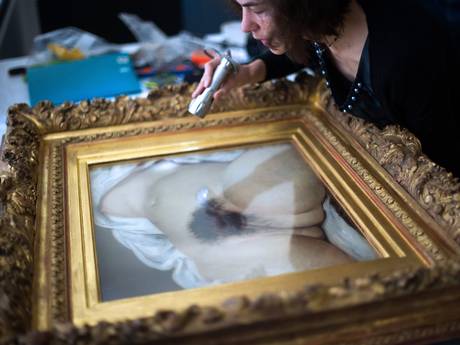