The main meal of Armory Week has been served and consumed, and now it’s time for dessert: Roberta Smith’s review of “Bjork” at MoMA. It manages the tightrope walk of being very kind to Bjork and absolutely brutal to “Bjork,” making the case that one can love the artist and hate what the art museum has done to her. And it has some nice things to say about her music videos. But this is a scathing thing to behold. Like movie posters, let’s pull a few adjectives and phrases from the copy, add exclamation points, and leave them for you completely out of context. “Tacky!” “Disappointing!” “A logistical nightmare!” “Reeks of ambivalence!” “Little short of hostile!” “Even more unpleasant than usual!” “Intestinal!” “Trifling!” “Excessive!” [NYT]

And here’s Holland Cotter on Independent: “Now there’s an entry fee ($20) and many more partition walls than there were of yore, enough so that some gallery spaces are all but self-enclosed. Despite such bows to convention, though, one thing is the same: Independent still feels more like an art experience than a shopping experience, and that sets it apart from the competition.” [NYT]

Such is the state of art fairs in New York in the midst of a global art bubble: a booth at The Armory Show selling several paintings for $1 million in three hours is worthy of a headline. At Art Basel in Switzerland, a single buyer snaps up a single painting for $30 million in the opening minutes—that’s the headline. I realize it’s a big difference between our little fair and the world’s biggest, but still. [Bloomberg]

Our friend Jason Farago investigates the state of painting in a world where Instagram-worthy performance and installation are king. He comes away optimistic! [The Guardian]

The mystery savior of the Cleveland Museum of Art, who donated $23 million over the past few years, is Scott Mueller, the CEO of Dealer Tire. [The Cleveland Plain Dealer]

And now we look to the Venice Biennale. Okwui Enwezor, the director, said the overarching theme will be how we live in an “age of anxiety. More details: “The director himself has revealed a number of high-profile artists whose works will be included in his main show—Raqs Media Collective, Walead Beshty, Philippe Parreno, Oscar Murillo, Fabio Mauri, Jeremy Deller, Marlene Dumas, Hans Haacke, Isa Genzken, Glenn Ligon and Allora & Calzadilla.” [The Art Newspaper] 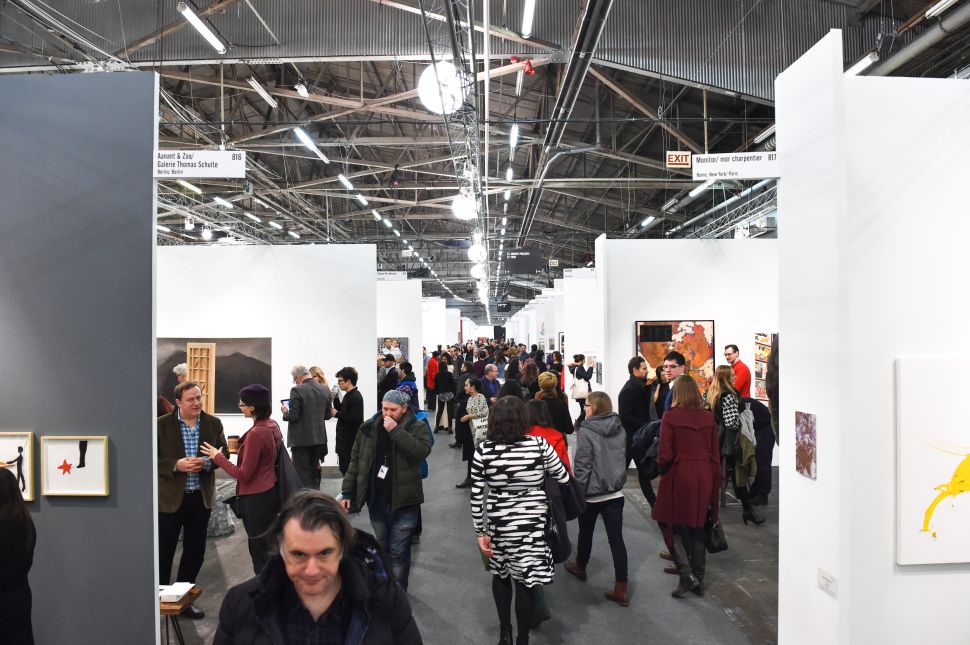