There are only two existing versions of Emanuel Leutze’s iconic Washington Crossing the Delaware, and one has just found a new home at the Minnesota Marine Art Museum in Winona, Minnesota. The 1851 painting was acquired by museum’s founders from a private collection, and had been on loan to the White House for the past 35 years. Its sibling is owned by the Met. [ABC News]

LACMA has struck a corporate sponsorship deal with Hyundai that will last ten years—the longest deal of its kind in history. The partnership will make possible a series of exhibitions on Korean art and support the museum’s art and technology initiatives. Hyundai also helped fund the acquisition of contemporary works: Robert Irwin’s Miracle Mile and James Turrell’s Light Reignfall. [Los Angeles Times]

The next stop for Doug Aitken’s Station to Station project—a sort of art caravan via train that has made nine stops between New York and California—will make its only stop overseas at the Barbican in London this summer. According to the Guardian, this is to be the “biggest cross-arts project ever staged by the Barbican,” and it will feature projects y Olafur Eliasson, Martin Creed and up to 100 other artists. [Guardian]

The High Museum of Art is mounting a Coca-Cola-themed exhibition through October 4 titled “The Coca-Cola Bottle: An American Icon at 100.” Featured among the many iterations of the bottle will be Andy Warhol’s imagery of the curvy soda bottle, which he used frequently in his work for four decades. [Forbes]

Antwerp’s Rubenshuis museum has decided that Portrait of a Young Girl, Possibly Clara Rubens—which was sold by the Met in 2013 after the museum decided it wasn’t by Peter Paul Rubens—was actually painted by the master himself. [New York Times] 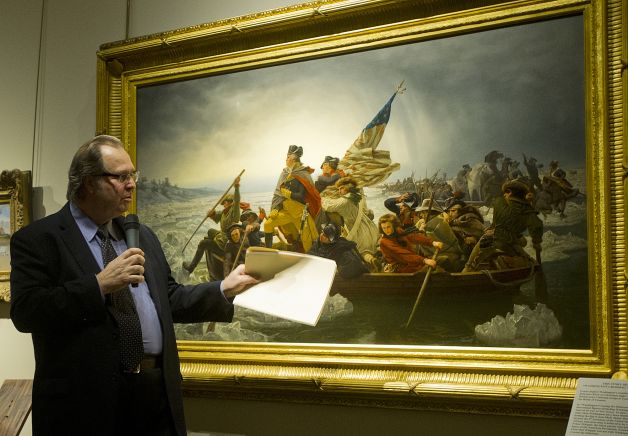