In what may be a very telling look into the future of one of the world’s biggest auction houses, this article about Sotheby’s mentions not a single artwork or artist. There are no references to collectors or sales that have taken place. Auctioneers seem to no longer be of import or interest. Instead, it focuses on the new CEO, a guy who worked at the stadium that’s home to the worst team in professional basketball. He readily admits that he knows zilch about art, but that’s just fine, because he’s chasing not genius paintings but instead that quixotic unknowable entity—he’s trying to find the Sotheby’s brand. “During a March 16 conference call to introduce Smith to investors, executives used the word ‘brand’ 12 times in less than 12 minutes.” Good luck with that, guys! [Bloomberg]

Kate Sutton frames her Scene & Herd at the go-go Art Dubai in the context of the new Marshall McLuhan-indebted book masterminded by Hans Ulrich Obrist, The Age of Earthquakes: A Guide to the Extreme Present. [Artforum]

“Art historians agree on the greatness of early Netherlandish artist Rogier van der Weyden, but they tend to disagree about what he actually painted. Of the 25-odd surviving works now generally attributed to van der Weyden, historians are certain about only three. Now, those three works will be brought together for the first time when Madrid’s Prado Museum opens its landmark show about the artist today.” [WSJ]

The Victoria & Albert Museum in London will pull its latest chairman from the publishing world, as it announced that Conde Nast International’s Nicholas Coleridge will take over the board of the London institution. [The Art Newspaper]

Someone alert that classic Tumblr, My Daguerreotype Boyfriend: the Beinecke Rare Book & Manuscript Library at a university in New Haven has acquired one of the world’s largest collections of 19th century photography. [NYT] 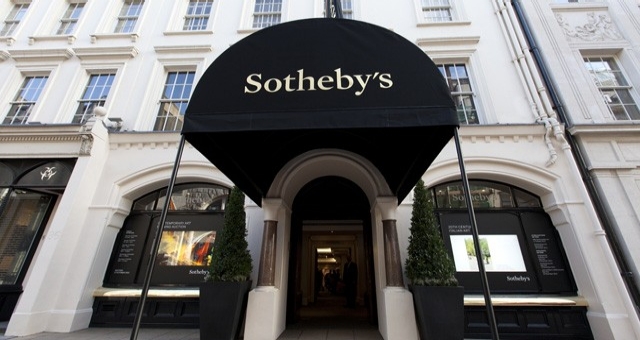