You know, Peter Pan is kind of a dick.

Okay, maybe much less so Disney’s version, but even then, yes, the boy who never grows up could really stand to, well, grow the hell up. The idea of forever-youth, shunting responsibilities in favor of mischief and adventures for all eternity in Neverland, is attractive of course to the never-ending optimism of wide-eyed children. But with age comes some wisdom, and you realize that the Peter Pan option also leaves you without the experiences that come with getting older — responsibility, companionship, sex, love, family, and the lessons that come at the other end of hardship. Refusing to grow up and by extension refusing to experience all the things I listed back there can sometimes leave you stunted or wanting in the emotional department. And Peter Pan, that crazy sprite, is just such a dick because it’s literally his mission in life to get as many people as possible to join him in this ass-backward way of living.

Norman Bates isn’t exactly Peter Pan, because he isn’t willfully stuck in his childhood. He’s a product of a mixture of his upbringing and his surroundings. But there’s no doubt that he is stuck. Things like isolation in the basement with his hobbies or praise and contact from his mother make him happy in the most child-like sense. But something as adult as the topic of sex changes that. He’s enticed just as much by the idea of sex, but he understands it far less.

Look at his face when Emma asks him “Do you want to be Peter Pan” on their delightfully awkward first date (complete with a pitcher of fruity drink, to share of course). He smiles like a kid, at both the idea of staying young and at being in a conversation territory that’s comfortable. Compare that to after Emma responds: “Peter and Wendy never got to have sex.”

Not only does that throw Norman for a loop, it’s something he never even considered. Why would Peter and Wendy have sex? Sex is for adults. There’s no sex in Neverland. But again, it’s enticing. Norman is constantly being pulled in two different direction between growing up like a “normal” person or regressing into his more childlike and more reactionary state. He murdered Miss Watson during sex. He (presumably) murdered Annika after she went into great detail about what it is that prostitutes do for money. It’s that pull that makes him violent — the pull between youth and maturity, confusion and arousal. It’s telling that on either side are two women doing the pulling, Emma and Norma.

Because Norma, despite being neither a boy nor a child, is perhaps more like Peter Pan than anyone on the show. She’s got a hold on Norman, dragging him into Neverland with her.

If you really weren’t sure that his parentage had something to do with Norman’s cum-fusion (you know, besides the incest and the inappropriate sleeping arrangements and his brother also being his cousin and whatnot), just watch how Norma handles simply saying goodbye to Sheriff Alex Romero after he decides to move out of the Bates Motel. She might even be more child like in this situation than Norman, because she just can’t handle all these feelings.

Because those feelings are different, unfamiliar, and the only constant she has in her life is Norman. Which is why she’ll go to great lengths to protect him, even if that means breaking into high society (and possibly secret society?) sex parties to make sure Norman isn’t a murderer — or, I should say, to make sure no one knows Norman is a murderer. She will drive her car through any obstacle put in her way, and that is not even a metaphor. She does that. She does that and she screams “I HATE YOU, YOU STUPID PIECE OF SHIT SIGN.”

In fact, pretty much everyone on this show is dealing with the inability to move on in some way. Dylan and Gunner and even Caleb so far this season are just hanging out in the woods, just a big old gang of Lost Boys, trying to reignite the drug business. Caleb, for his part, doesn’t even plan to leave town even though he is well aware people know he used to make Norma have sex with him. I feel like maybe that should be motivation enough to move on. But nope. And now change has come for them in the form of Chick Hogan (OPIE IS ALIVE!), who despite having a name that sounds like someone mixed a pro wrestler from the 1980s and a pornstar, presents a new danger to White Pine Bay.

So really, two episodes in, we’re still stuck in a status quo, bodies are still showing up and Norman is still on the fast track to spelling psycho with a capital P. He pulls away from a passionate kiss from Emma the end of their date because he says he doesn’t want to “start what we can’t finish,” but maybe it’s because he doesn’t want to hurt her. Arousal of that level confuses him, confounds him, and makes him violent.

Because Peter Pan never grew up, so Peter Pan and Wendy never had sex. But who knows what would have happened if they did? 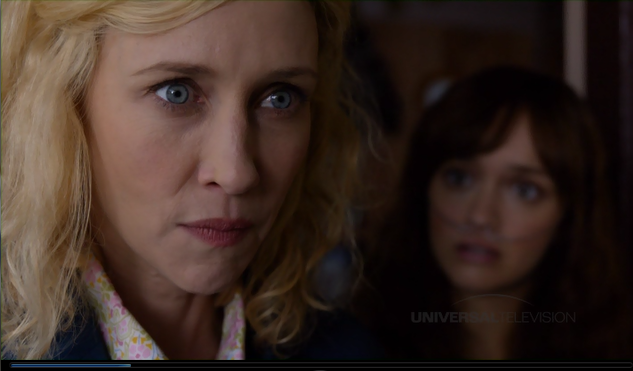 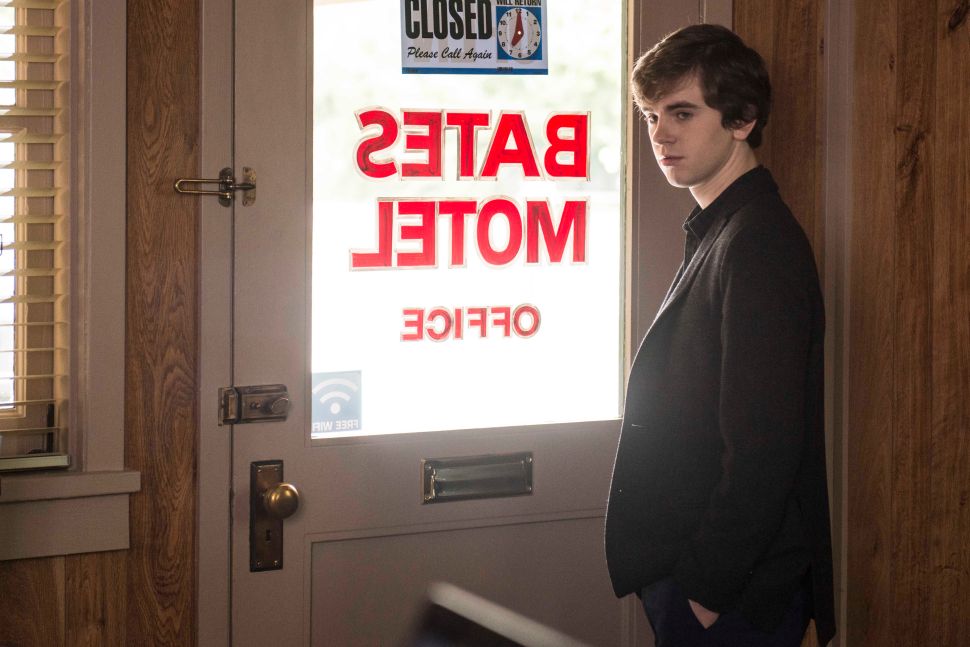