When it comes to the proposal that was before the Board of Health today, Mayor Bill de Blasio wasn’t quite ferret or against it.

The board voted not to overturn a ban on keeping ferrets as pets in New York City, and Mr. de Blasio took the news in stride.

“I thought that was a decision for the Board of Health to make, and if that’s their judgement, I’m comfortable with their judgement,” Mr. de Blasio said at an unrelated press conference in Brooklyn just after the vote.

Ferrets, which are in the same family as the weasel, have been polecat non grata in New York since former Mayor Rudolph Giuliani specifically banned them in 1999. But quite unlike Mr. Giuliani, who once famously told a ferret fan that the “excessive concern with little weasels is a sickness,” Mr. de Blasio has largely avoided making his personal opinion on the ownership of ferrets known.

The proposal didn’t come from within Mr. de Blasio’s administration, according to the mayor’s office, but from a member of the public who recommended lifting the ban to the Department of Health. The department reviewed the request, determined it had merit to be heard based on new vaccinations and sterilizations for ferrets, and then recommended the Board of Health take it up.

Back in May, when the New York Times reported that health department was considering lifting the ban on the critters, Mr. de Blasio said little.

“There will be a lengthy process to determine if that will actually come to pass. I have not been briefed on their rationale, only very glancing, but I have not gotten the full briefing in terms of their rationale for the change, pros and cons, etcetera – we obviously want public input,” Mr. de Blasio said then. “That decision is months away. So all it means is that one agency has proposed a change.”

The Board of Health, which is mostly made up of people appointed by former Mayor Michael Bloomberg, shot down the measure to overturn the ban by a vote of 3-2, according to the Associated Press, with the proposal needing six votes to pass. Mr. de Blasio’s Health Commissioner, Dr. Mary Bassett, abstained from voting.

Those voting against lifting the ban cited the danger the small animals might present, according to reports.

“I’m greatly troubled by this. I have to say that, at this point, I’m not at all convinced that it wouldn’t be a substantial health risk to allow ferret ownership in New York City,” Dr. Lynn Richardson said, according to the AP. 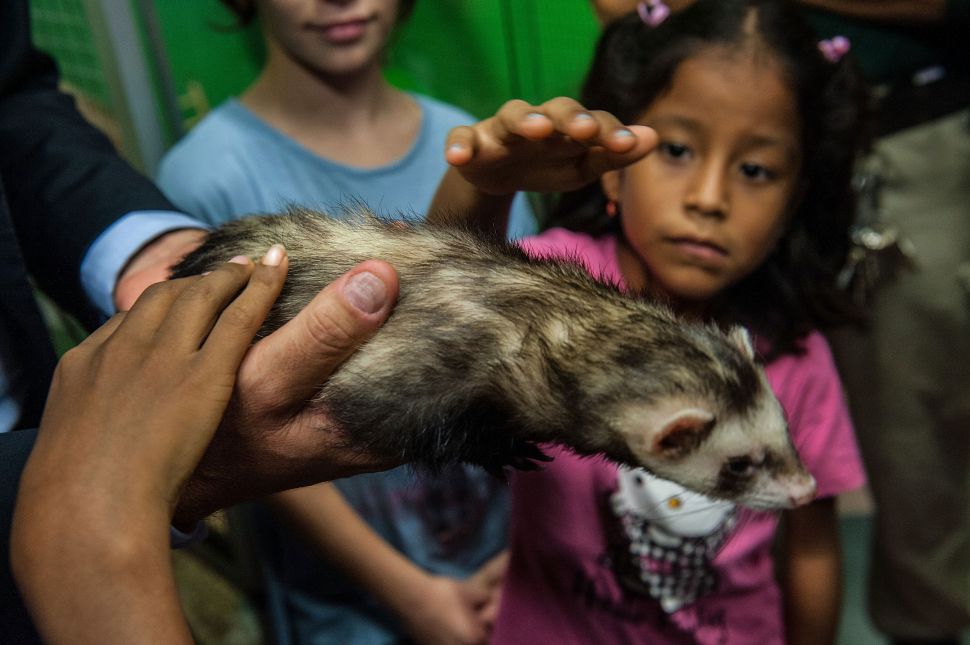