Mayor Bill de Blasio’s press office is getting a bit of a shakeup—with a top spokeswoman moving to a different office and a new position aimed at rapid response to breaking news.

Marti Adams, the mayor’s first deputy press secretary, is leaving that post to serve instead as “Communications Manager for Events and Planning,” according to Mr. de Blasio’s office. The news was first reported by the Daily News earlier this week.

The move comes as the press shop is already without its top position, press secretary. Phil Walzak, who formerly held that title, has shifted to a new position as special advisor to the mayor. He’s filling the role left behind by Peter Ragone, who left the administration to return to his family in California.

Rather than being bumped up to take Mr. Walzak’s former spot, Ms. Adams—who had been dubbed the mayor’s “chief spokesperson”—will instead “implement the communications vision of the Mayor by leading the coordination, planning and execution of events and long-term communications strategies,” according to an email from Mr. Walzak.

Ms. Adams will remain part of the “senior communications management team,” Mr.Walzak wrote, and will report to him and to Communications Director Andrea Hagelgans.

Mr. de Blasio’s press team has faced its share of criticism. Negative stories about a top aide, Rachel Noerdlinger, dragged on for weeks before she finally stepped down. A decision to sit next to Rev. Al Sharpton at a roundtable with police was pilloried by law enforcement unions during their months-long public feud with the mayor. The mayor continues to face criticism for arriving late to public events—most recently for arriving late to a both a Gracie Mansion breakfast and a Mass with Cardinal Timothy Dolan on St. Patrick’s Day.

Top advisors, particularly Mr. Ragone, argued they were taking the “long view,” and that the stories would ultimately not matter to voters.

While City Hall has yet to name a new press secretary—the search is “in process,” Mr. Walzak said—it has made some additions to its press shop.

Peter Kadushin is serving as a communications advisor, specializing in “sharing information about and responding to breaking news items and events,” a role he’s been easing into in recent weeks.

Mr. Kadushin previously served as a communications advisor to Deputy Mayor Richard Buery during the roll-out of Mr. de Blasio’s signature universal pre-kindergarten program. Unlike the vast majority of Mr. de Blasio’s press staff, Mr. Kadushin once worked on the other side of the equation, reporting for both the Daily News and the New York Post before departing journalism for the press shop at the United Federation of Teachers.

Maibe Ponet, a deputy press secretary whose portfolio has contained immigration issues and the Spanish-language press, will become a communications advisor to Deputy Mayor Lilliam Barrios-Paoli. She will continue to run Spanish-language media outreach for the mayor, and serve as his senior Spanish-language spokeswoman.

Two members of the press team will receive promotions from assistant press secretary to deputy press secretary: Ishanee Parikh, whose portfolio will focus on health and human services, and Monica Klein, who will cover criminal justice issues.

Other new staffers include Natalie Grybauskas, who will serve as an assistant press secretary, and Dan Gross, who will work alongside Ms. Adams as communications advisor for events and planning, after filling a similar role at the Mayor’s Office of Citywide Event Coordination and Management. 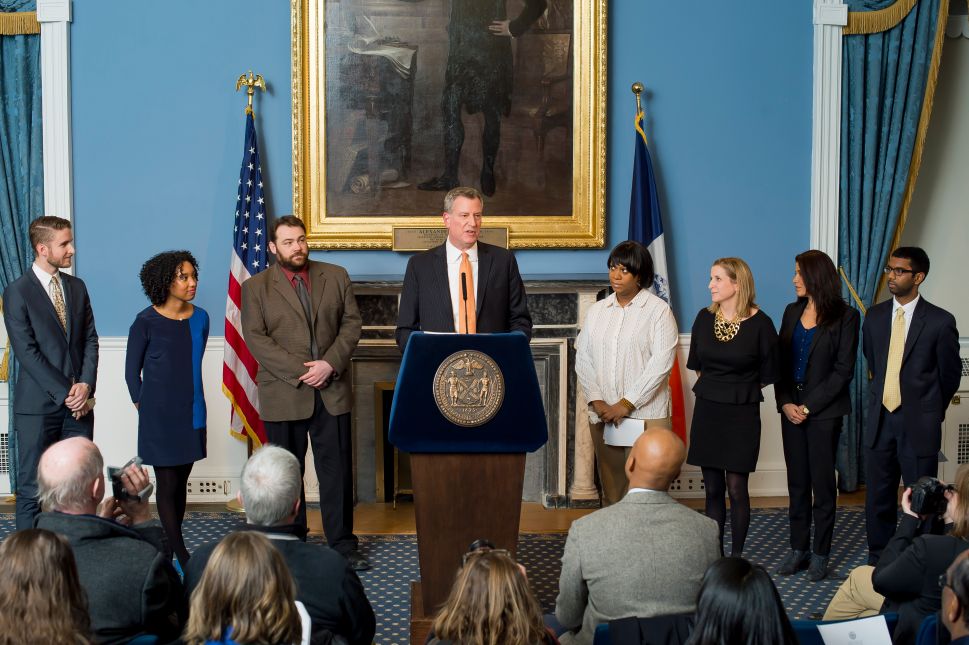