Gail Lumet Buckley once said,  “Family faces are magic mirrors. Looking at people who belong to us, we see the past, present, and future.”

Bloodline, the latest original series to premiere on Netflix, takes a dark and twisted look into these mirrors. A family drama created by the same minds that brought us Damages, Todd A Kessler, Glenn Kessler, and Daniel Zelman, we are introduced to the Rayburns, a prominent family living in an idyllic vacation town in the Florida Keys.

The setting is gorgeous. The sun glistens off the clear blue ocean as an easy breeze ruffles through the palm trees. Women in flowing dresses, and men in light cotton button-downs, pop bottles of champagne, while a local island band plays in the background. White-clothed tables are set up and paper lanterns are strung about for what is sure to be a lovely al fresco dinner party. Everything looks perfect. So it’s safe to suspect this splendid scene will soon go down with the riptide. Especially, since moments earlier, during sweeping aerial views of murky swamplands and marshes, a voice-over narrative told us as exactly as such. “Something is going to go terribly wrong, and there’s nothing you can do to stop it.”

Similar to Damages, brief intense flash-forward and flashback scenes are used intermittently to pull the story along. We get intimate glimpses into each family member’s magic mirror. Moments that let us know there are more than a few skeletons buried in the past and a very gruesome future waiting for all of them. “We are not bad people, but we did a bad thing,” the narrator says, at the end of the episode. We watch this very bad thing take place before the screen cuts to black and the credits roll.

So, we know what’s going happen, but we don’t know exactly how, or why. Complementing the tone of the laid-back lifestyle in the Keys, the present day storyline is in no rush, and tensions build at tempered pace. In the season premiere, the town is honoring Rayburn matriarch Sally (Sissy Spacek), and patriarch, Robert (Sam Shepard), by anointing a pier in their name. They are also commemorating the 45th anniversary of running their seaside inn, calling everyone to gather for a celebration.

“The people you invited this weekend are your family, your friends, they love you. Nothing can go wrong, “ daughter Meg (Linda Cardellini), assures her mother.

And mother is always right. Especially since the eldest child, Danny (Ben Mendelsohn), is making his prodigal journey home for this momentous event.

“I’ll feel a whole lot better when all my children are together in one place,” Sally laments. A sentiment any mother with grown children can relate to, even if one her kids is an untrustworthy, borderline alcoholic, with authority problems.

The other three Rayburn offspring, Meg, John (Kyle Chandler), and Kevin (Norbert Leo Butz), all live nearby, each with firm established roles in the family business. John, the narrator of show, is the sheriff in town, figuratively and literally. Just hearing the familiar voice of Chandler, forever our beloved Coach Taylor from Friday Night Lights, he is unquestionably the family’s rock, the glue holding everything and everyone together. Kevin, the youngest, a hotheaded man-child with a short temper, is in charge of running the docks and boats near the inn, while Meg, a lawyer, is in charge of the family’s finances.

The Rayburns are all about keeping up appearances, which is easier to do when Danny, the black sheep of the family, is not around. Mendelsohn expertly plays Danny with the swagger of a worthless deadbeat; and since everyone, save for Mom, is dreading his return, it should be easy to jump on the Danny hating bandwagon, but it’s not. Due to what we learn in the time jump scenes, we can’t yet make that definitive decision.

Despite appearances and current financial state, Danny is not an idiot. All of his moves are calculated, which is one of the many reasons his family is wary to welcome him with open arms when he asks permission to move back home permanently. Kevin thinks “it’s asinine to even consider this,” Meg doesn’t see how they can turn him away, and John, despite his instincts being similar to Kevin’s, feels that if they turn him away now, they will never see him again.

“I want Danny in my life. I want him to know my children.” John says. “God damnit, you don’t give up on family.”

So, it’s settled. But why does Danny want to move back? Does he need money? Who is he running from? No adult chooses to move back home all of sudden just because he misses his family.

Other than John, whose only faults seem to be high blood pressure (which he dutifully takes pills for) and a son that watches porn, the other Rayburns are far from perfect. In the opening sequence, we see Meg having a quickie in her car with a man we later find out is not her boyfriend of five years, Marco. Kevin wakes up late, alone, in what appears to be his office by the pier, is clearly having serious martial issues with his wife, but no one seems to catch on. That is key. Everyone in this family, minus Danny, believes it is of utmost importance to uphold their perfect family façade.

The morning after the party, everyone awakes at the inn to see Danny lying buck naked, like a beached whale, by the dock. Eyes brimming with tears, Sally approaches her son with a towel, cringing with shame, as a crowd watches in the background. “Cover yourself,” she says. “We have guests.”

This incident pushes John to change his mind. He tells Danny that he can’t stay, squarely placing the blame on stubborn Dad. Seeing right through John’s magic mirror, every line of the argument that ensues between the brothers is loaded with references to the past and decade long gripes. When Danny secedes and says he will leave that night, John asks if he can wait just a bit longer. “The bonfire’s tonight and the pier dedication is in the morning,” he explains.  John again persists, but when Danny asks, “Are you asking me to stay?” John can’t answer. Danny’s inability to dutifully play his part in the royal family of the Florida Keys leads me to believe that even though Danny doesn’t always make the right decisions, he’s a man with a good soul.

The Netflix full season streaming platform is perfect for this show because while the pilot is good, it’s not instantly captivating. But due to that cliffhanger flash-forward ending, I need to watch the second episode now. And I can. The show doesn’t need to throw out that many zingers to hook the audience after just one episode. This could be the beginning of a very satisfying binge-watching experience. The acting performances from this stellar cast elevate the show in many ways, adding layers to what could be stock “I’m the wild child” or “I’m the good son” characters.

Other intriguing story lines are also set in motion during the premiere. As sheriff, John is dealing with a teenaged girl’s body that turned up in the swamp, whose decrepit saltwater damaged figure made me shield my eyes from the TV. And there’s a mysterious dark-haired woman that seems to follow Danny everywhere, whom upon re-watching the episode, I’m not fully convinced is even real.

Are the writers playing with us? Can we even trust our narrator? (Is the voice-over narration even necessary?) The Rayburns are smoke-screen masters. Even Sally and Robert, with their convincing public display of a consummate loving and happy relationship after nearly fifty years of marriage, seems suspect. But what else can we expect from the king and queen of this bloodline? From who else did their children adopt this obsession to keep up appearances no matter what the cost? That noir family dynamic is what makes this show tick. The flashbacks smartly give the audience access to those magic mirrors. We get to understand what the Rayburns see when they look at each other. And like them, we have no idea who can we trust. 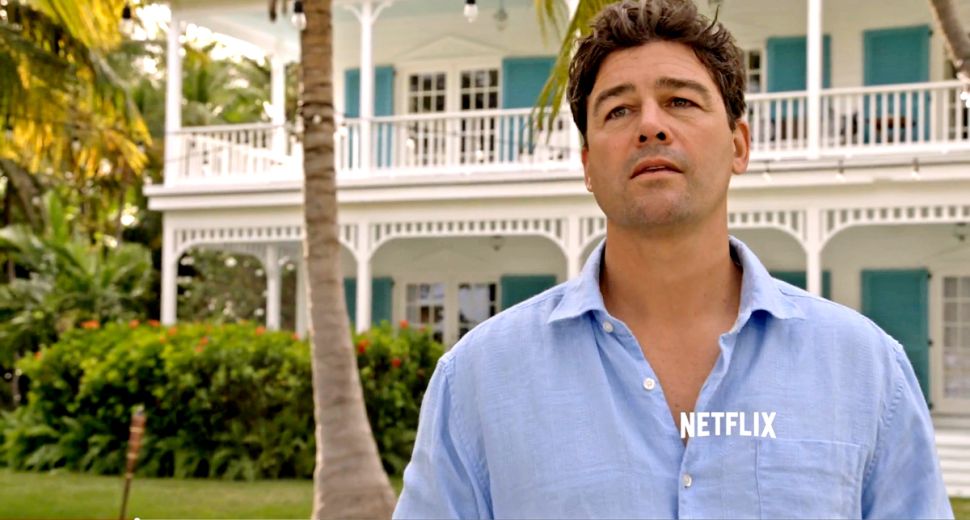