The pseudonymous and solipsistically female Stella Grey, 55, whines at The Guardian that she can’t be old, fat, and have short hair and still expect to attract a man:

“It’s been a week of gloomy thoughts about what one applicant called ‘the packaging.’ In fact, he wasn’t an applicant. He wrote specifically to tell me he wasn’t. ‘It’s a shame I don’t fancy you,’ he said, ‘because otherwise you tick all the boxes.’ Another said I sounded nice, but added: ‘Though unfortunately I have stringent physical criteria.’

“There seems to be a gender imbalance, vis-a-vis the packaging thing. All the women I know are tolerant of middle age showing itself in a chap. We quite like a late flowering, in fact: the silvering, the smile lines, the coming of bodily sturdiness. We read these as signs that life has been lived and enjoyed. We read them as indicators of substance, of being substantial. In general, men don’t seem to grant us the same courtesy, at least not the men I meet online. They are highly focused on the packaging. It’s disheartening.

“‘I bet you were gorgeous when you were young,’ I was told recently, via message, like that was supposed to be a compliment. Yes, I was gorgeous, ish, for a while, and self-absorbed, and shallow, and inexperienced, and over-sensitive and dull. You’re right, mate, you’d have much preferred me then.”

“I’ve been thinking a lot about this. What does it mean to us, as women, to be told that we’re worth less than we used to be? No man I know has ever been told that his powers, his allure, his charm have faded, and that he has to face up to that redundancy. Many women I know in their 50s talk about their invisibility in public places. I’m sure a case could be made for invisibility as a liberating force in a woman’s life, but I am not the woman to make it, not this week at least, when I’ve been dissed or else flatly ignored by all the men I’ve said hello to.

Welcome to real life, Stella! (P.S. It would be less of a stranger to you if you read a little evolutionary science.)

Evolutionary psychologists David Buss and David Schmitt theorized that men and women have “conflicting strategies” in seeking romantic partners, emerging from our differing physiologies and the ensuing differences in what sex can cost us.

Because a woman can get pregnant from a single sex act and be stuck with a kid to drag around and feed, women evolved to care a lot less about a man’s looks than his ability and willingness to be a “provider.” A veritable mountain of research suggests Buss and Schmitt’s theory is right.

For example, anthropologist John Marshall Townsend and psychologist Gary Levy showed women photos of an ugly guy in a Rolex and business attire and a handsome guy in a Burger King uniform. Women overwhelmingly went for the business lizard over the burger stud.

But back to the guys. Ancestral men could just walk away after sex and still pass on their genes. So men evolved to want to have sex with as many of the most healthy, fertile women they could. And what does health and fertility look like? Well, female beauty: Youth, clear skin, symmetrical features (reflecting health and no icky parasites); long, shiny hair; and a figure that’s more hourglass than beer vat.

The difference in what men and women prioritize in partners is best summed up by my friend Walter Moore. A guy complained to him that women are only attracted to wealthy men. Walter joked back, “That’s so unfair because we don’t expect them to be wealthy; all we ask is that they look like models.”

More on the truth about beauty here, in a piece I wrote for Psychology Today:

“It turns out that the real beauty myth is the damaging one [Naomi] Wolf and other feminists are perpetuating–the absurd notion that it serves women to thumb their noses at standards of beauty. Of course, looks aren’t all that matter (as I’m lectured by female readers of my newspaper column when I point out that male lust seems to have a weight limit). But looks matter a great deal. The more attractive the woman is, the wider her pool of romantic partners and range of opportunities in her work and day-to-day life. We all know this, and numerous studies confirm it–it’s just heresy to say so.

“…A healthy approach to beauty is neither pretending it’s unnecessary or unimportant nor making it important beyond all else. By being honest about it, we help women make informed decisions about how much effort to put into their appearance–or accept the opportunity costs of going ungroomed.

In other words, sure, you can keep moaning about how unfair it is that men are focused on looks. You should find this about as successful a strategy for finding a romantic partner as it would be for a man to complain that women won’t date him until he has a day job beyond lying on his parents’ couch playing video games and complaining about how ‘shallow’ women are.

Sure, there are guys out there who do this. But the main difference between men and women in dating that I see? More men seem to accept the harsh reality — that they have to earn a living and be somebody to get the girl.

So, Stella, to answer the question you ask at the end of your piece:

“The question is, should I be prepared to change?”

Yes, Stella — into somebody who accepts reality and does her best to work within its constraints.

Or, to put it another way: The day men will no longer care about your looks is the day you’ll have the hots for a very sweet 62-year-old barista. 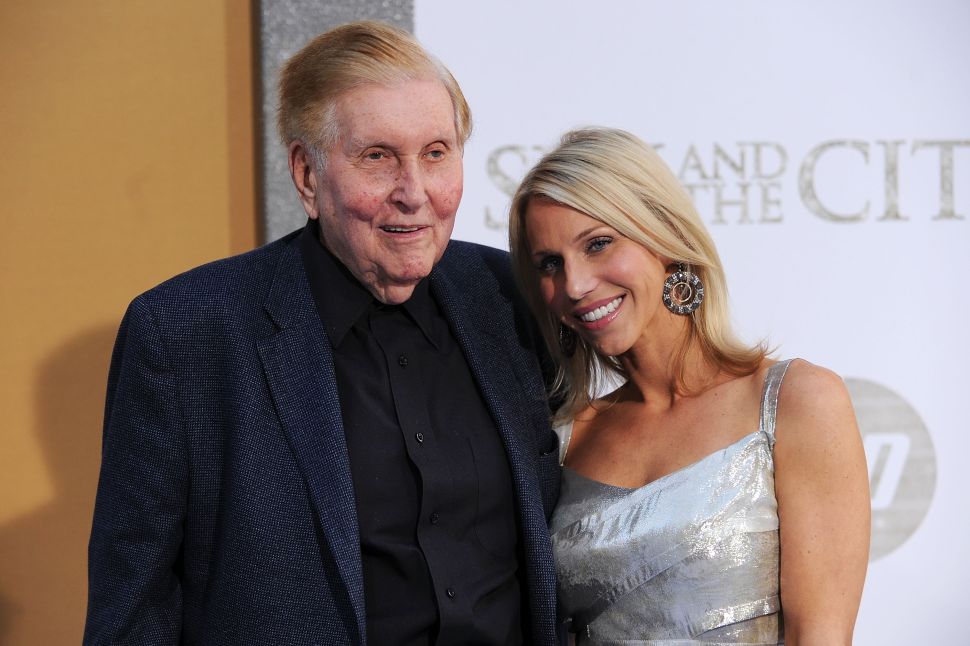