After her hearing before the Judiciary Committee, during which Ms. Lynch artfully parried all of the difficult questions, the Senators gave Ms. Lynch a number of questions to answer in writing. One of her answers is either very wrong, flat-out false, or demonstrates the egregious gamesmanship that is corrupting our Department of Justice.

Senator Hatch expressed his concern about her compliance with the mandatory provisions of federal laws that require restitution to victims of criminal conduct.

Indeed, his first question was premised on the April 25, 2013, testimony of Professor Paul Cassell of the University of Utah College of Law before the House Judiciary Committee. The professor suggested that Ms. Lynch’s office had failed to follow the restitution statutes in a sealed case involving a racketeering defendant [Felix Slater] who had cooperated with the government, remaining free for ten years despite his serious frauds which remained concealed.

Specifically, Professor Cassell had cited documents appearing to show that Ms. Lynch’s office “failed to notify victims of the sentencing in that case and had arranged for the racketeer to keep the money he had stolen from victims, even though the law makes restitution mandatory.” Senator Hatch had helped pass both of the statutes at issue: the Mandatory Victim Restitution Act, 18 U.S.C. §3663A, and the Crime Victim Rights Act, 18 U.S.C. §3771.

We have already blown the whistle on the “secret docket” that the Eastern District of New York has run for years. It seems that “cooperators” who do the government’s bidding and testify to its liking are allowed to commit additional crimes against unsuspecting others because the public doesn’t know for years that the cooperators have admitted their own criminal conduct.

In Ms. Lynch’s written response to the Senator’s question, however, she was far from straightforward. Some might say her answer was flat-out deceptive. The only thing obvious from it was more obfuscation.

Ms. Lynch admitted that Mr. Sater began cooperating with the United States Attorney’s office for the Eastern District in New York in December 1998.

Then she distanced herself from the Sater case, asserting that the Sater prosecution was brought before she became United States Attorney for the Eastern District of New York.

She said: “The initial sealing of the records related to Sater—which pre-dated my tenure as United States Attorney—occurred by virtue of a cooperation agreement under which Sater pled guilty and agreed to serve as a government witness.” [emphasis added].

Really?! Guess whose signature appears on the charges?

And there being no motion or order on the docket to seal the case back in 1998, one can surmise only that it was all hidden for a decade at her request.

Ms. Lynch claims the issue of Mr. Sater’s restitution remains sealed to this day, but if he was ordered to pay any, it should have appeared on the docket along with his meager fine. It’s hard to imagine a reason for concealing an order of restitution—and it would certainly be a newsflash to his victims, who haven’t received any.

So here we go again—with sleight of hand, falsehoods, disclaimers, and distinctions without differences—anything but the simple truth.

Another remarkable note: Leslie Caldwell was also an Assistant United States Attorney for the Eastern District of New York when the Sater case originated in that office, but somehow that didn’t stop her from representing him when she switched sides and headed the white collar crime practice at Morgan Lewis. That could help explain why Mr. Sater got out of jail free and paid a fine of only $25,000 despite his millions in gains by his admitted frauds, racketeering, money-laundering, and use of off-shore accounts.

Meanwhile, Brad Stinn, an innocent man and former CEO of Friedman’s Jewelers, has been in prison six years on a twelve year sentence, in a case brought by the same district in an egregious case of prosecutorial misconduct that Ms. Lynch has ignored and helps cover up. Mr. Stinn’s crime? Drawing his salary and a bonus voluntarily paid to him by his employer while those who committed frauds they admitted and hid from him went free because they “cooperated” with the prosecutors to nail the high value target—the “CEO.”

If Ms. Lynch is confirmed as Attorney General, she and Ms. Caldwell will be reunited at the head of the Department of Justice, where Ms. Caldwell is ensconced as head of the Criminal Division. Ms. Caldwell is infamous for many things, including the destruction of Arthur Andersen LLP and its 85,000 jobs—only to be reversed by the Supreme Court 9-0. Her record of injustice and reputation as a “terror” of a prosecutor only fueled her ascension in this administration—as did that of their third cohort—Andrew Weissmann.

Mr. Weissmann, now head of the corporate fraud section of the Department, helped annihilate Andersen—then headed the team that sent four Merrill Lynch executives to prison for a year on bogus charges while the prosecutors had yellow-highlighted but hidden the evidence that undermined and contradicted every aspect of their case against the Merrill executives who did not take a dime from anyone.

Lynch, Caldwell and Weissmann are a triumvirate of trouble for the rule of law. The three of them go way back in the Eastern District of New York, and they apparently share the same vision for truth and law enforcement—the rules don’t apply to them. They are all licensed to lie.

The Senators might want to think again, or we’ll be the fools—again. 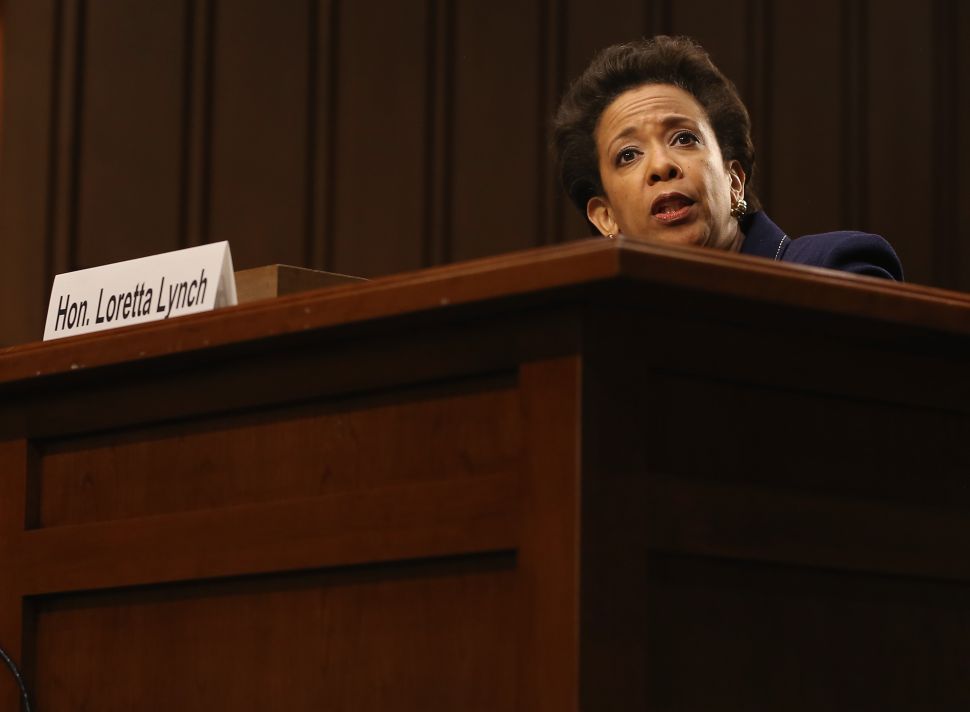