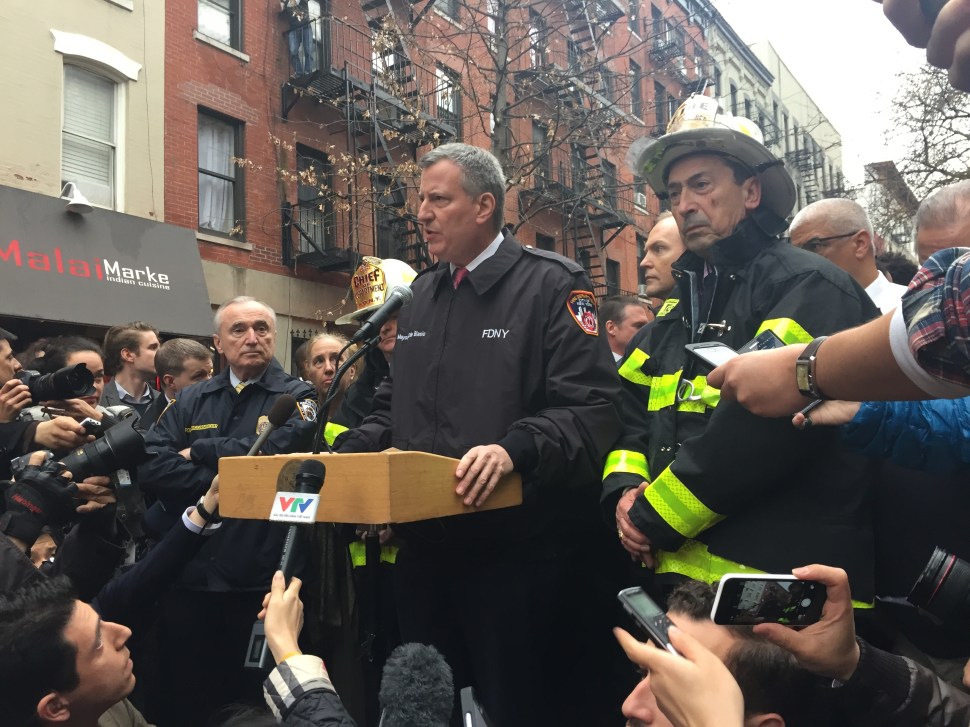 Twelve people have been injured, three of them critically, after an explosion and ensuing building collapses and seven-alarm blaze today in the East Village, where another building remains in danger of falling.

“Preliminary evidence suggests a gas-related explosion. That investigation is ongoing. The initial impact appears to have been caused by plumbing and gas work that was occurring inside 121 2nd Avenue,” Mr. de Blasio told reporters just a few blocks from the scene, the smell of smoke heavy in the air.

Con Edison had been at the address earlier in the day, and were inspecting the construction work, done by a private contractor—and deemed it not ready for new gas service and meters, Con Ed President Craig Ivey said.

The explosion blew the face of 121 2nd Avenue across the street, Fire Commissioner Daniel Nigro said, causing a partial collapse of that building. A fire then raged at 123 2nd Avenue, which also collapsed, and that fire spread to 119 2nd Avenue.

“Right now, we are fighting a fire in 119, which was fully involved in fire that extended after the explosion. And that building is in danger of possible collapse, which is why we have that area cleared. We will be here for a very long night, and we will keep the area secure and keep our members and the public, of course, out of that possible collapse zone,” Mr. Nigro said this afternoon.

Of the three serious injuries, two people had burns to their airways, Mr. Nigro said, and another had lost consciousness.

“Our thoughts and our prayers are with every one of them and their families. And of course, we are praying that no other individuals are found injured, and that there are no fatalities, but that is an ongoing effort that FDNY and all other first responders are involved in,” Mr. de Blasio said.

As of right now, no one remains unaccounted for, Mr. de Blasio said—but he urged anyone who believed they may have known someone inside the building to call 311.

This is the second gas explosion since Mr. de Blasio took office, coming just about a year after the East Harlem gas explosion that killed eight people.

“This is—look, this is a very important moment in terms of assessing our situation, in terms of our buildings and infrastructure,” Mr. de Blasio told the Observer at the press conference. “But let me say, until we know what happened here, we cannot pass judgment. We need to fully investigate. We especially need to know if there was any indication of a gas leak, and if the individuals who sensed the leak did what they were supposed to do, and called 9-1-1 or Con Ed.”

But Mr. de Blasio did emphasize a point he made repeatedly after the East Harlem explosion. 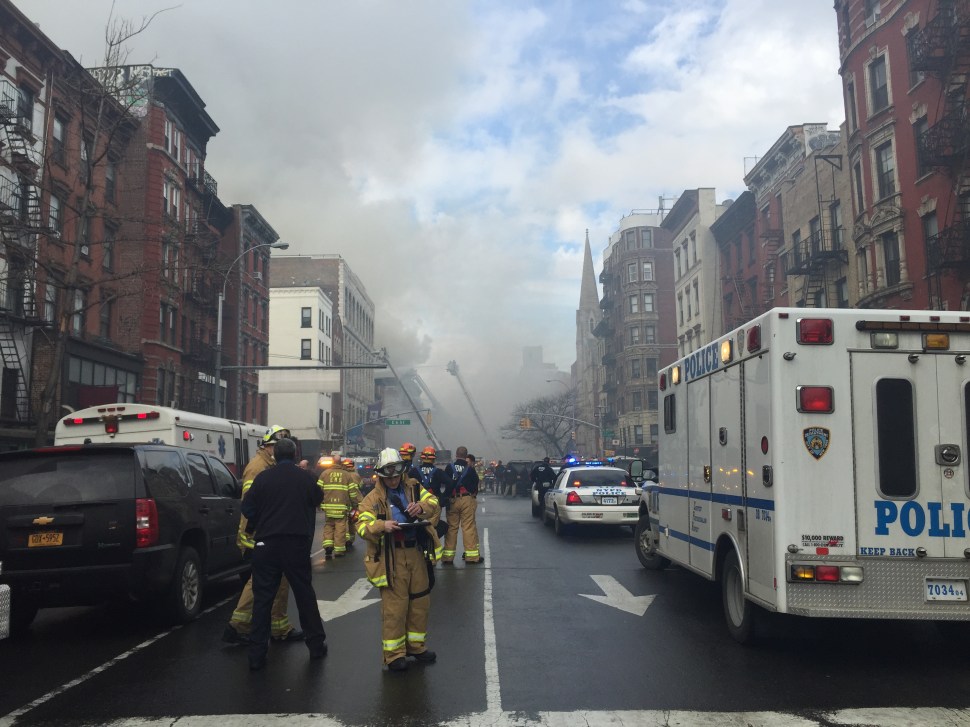 Mayor Bill de Blasio is, at this moment, beginning to speak at a press conference about the fire in the East Village this evening. We will be updating his comments live below.

According to Mayor de Blasio so far during the press conference:

According to FDNY Commissioner Nigro:

Here’s what we know so far about the explosion, fire and building collapse from earlier today from our reporters on the ground and other news sources:

Mr. de Blasio told the Observer at the conference that any New Yorker who smells gas should immediately call 911 or Con Edison. 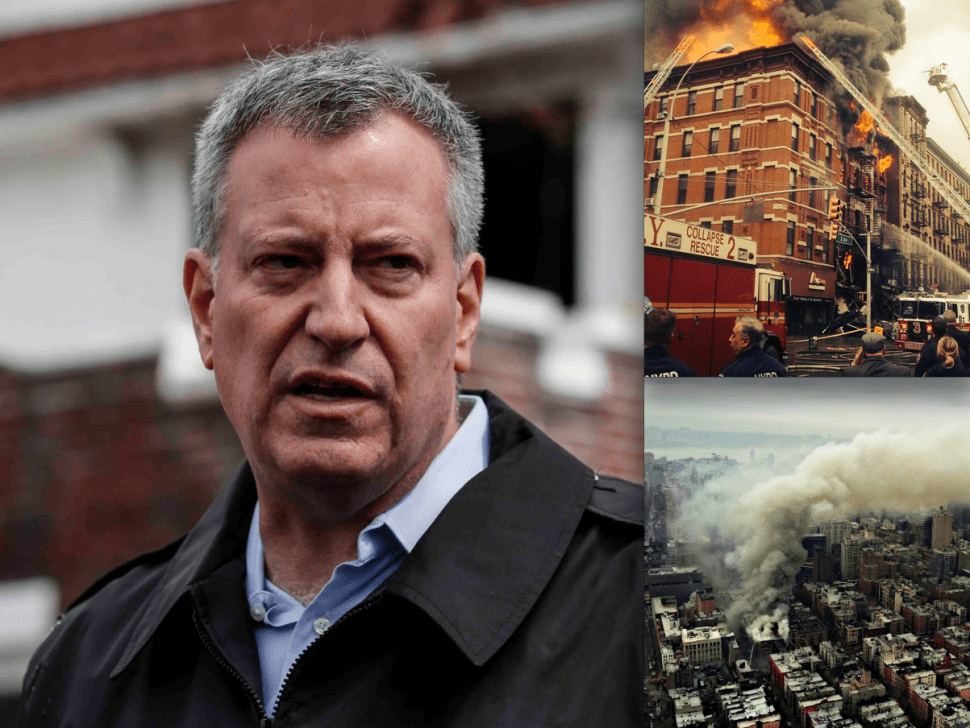