It’s not everyday someone decides to pursue a career in music and less than two years later has a Top 10 hit, but that’s exactly what happened to 24-year-old New Jersey native Fetty Wap. The infectious nature of his single “Trap Queen” turned it into a viral hit that has since gone mainstream, and is currently sitting atop of the charts alongside the likes of Taylor Swift and Maroon 5. Fetty recently talked with the Observer about the best parts of his sudden success, the origins of “Trap Queen,” and what it’s like exchanging texts with Kanye West—who also happens to be a vocal fan of his.

Congratulations on everything that’s been happening in your life. Do you just look back on the past few months and think, “Wow”?

I just look at it like a blessing, really. Not many people get this opportunity and I’m just glad God blessed me to have it.

Let’s go back to when you were growing up in Patterson, N.J. What was Patterson like?

Patterson’s a rough area. If you don’t fit in, there’s not much to do in the area. It is what you make of it. You have to learn how to move on.

Is that why you originally got into music? To escape the bad area you were living in?

Not really. I got into music because my boy was doing it before me, and I wanted to join in. It happened like that.

What has Kanye West meant to you? He’s a fan of yours?

That’s what he said.

Do you guys talk?

Actually, I was just at South by Southwest and he reached out to me and we were texting. He’s busy at the moment, but he was like, “I want you to have my direct number.” I was like, “Oh, I got a text from Kanye!” But I put him under a different name in my phone so nobody knows what number his is.

You can’t get any bigger than having Kanye West’s number in your phone. What was it like performing at his outdoor concert this past winter in Manhattan?

That was fun! I enjoyed myself; he was performing with me and singing with me and it was just a fun time. I’ve never been an emotional person, but everything is a blessing. It could be different—it could have been somebody else up there, but it was me.

Is it true that you only started pursuing a career in music just two years ago? People work for 20 years and don’t get the kind of success you’ve had in the past few months.

Well, tell me about “Trap Queen.” What inspired you to write it?

What inspired me to write the song was a female I was dating at the time. I was living my life, getting money doing activities and my girl was holding me down.

I wanted to ask you about the chorus, because it has the line, “I be in the kitchen cookin’ pies with my baby.” I think this is the first-ever mention of pies in a hit rap song. Are you really talking about pies or is that a metaphor for something?

What’s it a metaphor for?

(Laughs) It’s a metaphor for things that people aren’t supposed to be doing with their female.

Enough said! When you recorded “Trap Queen” did you know it was a hit right away?

Yes. From the energy in the song. I felt that energy, everyone around me felt that energy, and now everybody else in the world is feeling it, too. I saw it getting popular first from Twitter and Instagram. I don’t mean to keep giving you the same answers, but I just really feel blessed. I can’t stress that enough. From where I came from to where I am now, it’s a change for me. Things are a little bit more easier for my family, which is so good.

Is that the best part of your success? Helping out your family?

Yes, it’s the best part. They’re going to move out of Patterson; I’m probably going to move them out of there in a little while, but my mother’s not ready to leave yet. We’re still regulars there. It’s the kind of place where you see people on the streets and you talk to them. Now people acknowledge me more, saying, “Hey Fetty Wap, how’s it going?” For the most part, I don’t treat people differently because of all that happened. I’m not that kind of person and I’ve never been that type of person. People change when the money comes, [but] I’ve been supporting myself since I was born. I was always able to get money, but now it’s a little bit more money and I manage the same way. I just want to see my family do better.

What’s been the highlight for you in the past few months?

Your first album is coming out soon. What can you tell us about that? You think you have another “Trap Queen” in you?

No. There’s gonna be a lot of great songs, but there ain’t going to be another “Trap Queen.” 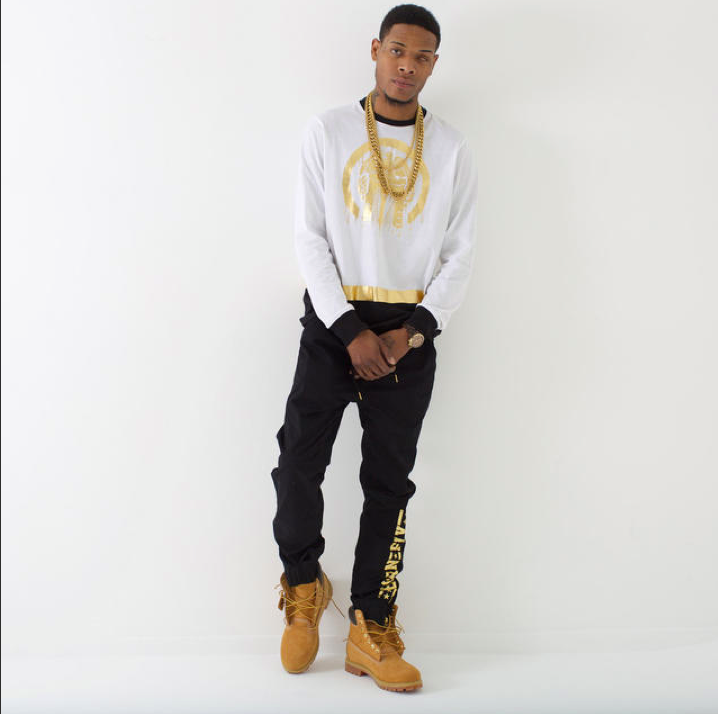