In 1983, two bronze sculptures were stolen from Hirschl & Adler Gallery in New York within a span of three weeks. On both occasions, thieves made off with the treasures in the middle of the day. Now, 32 years later, the valuable bronzes by Paul Manship (creator of Rockefeller Center’s world-famous Prometheus sculpture) and Prince Paul Troubetzkoy have resurfaced and been returned to the gallery by Art Recovery International, a private group that works with law enforcement and art professionals to recover stolen artworks.

The cold cases were reopened in December 2014, when an anonymous collector who had held them in a private collection for the past 30 years consigned the works for sale to Gerald Peters Gallery. According to Art Recovery International’s CEO Christopher A. Marinello, the owner had purchased them from a store in New York’s diamond district in 1985, unaware that the items had been stolen decades years earlier.

During the gallery’s routine research on the sculptures leading up to their planned exhibition at New York’s annual Winter Antiques Show, active claims on the works were discovered. Art Recovery maintains a large database of open cases, and was called in to oversee negotiations between the galleries and the consignor.

“The span of time is what makes cases like this really difficult,” said Mr. Marinello to the Observer. “Police reports and gallery records go missing, owners retire. But Hirschl & Adler had excellent documentation from the time of the theft.”

Though the consignor was not able to provide receipts for his original purchase of the works, he was never considered a suspect and cooperated in handing the works back over to Hirschl & Adler in February.

Central Figure of Day by Manship is a cast bronze similar in style to the artist’s iconic golden statue of Prometheus, the centerpiece of Rockefeller Center. According to senior vice president at Hirschl & Adler Eric Baumgartner the work dates to 1916, and is smaller version of the same figure that appears in his larger bronze sundial Time and the Dancing Hours. He explained that both pieces were produced in the years leading up to his creation of Prometheus, when he was highly influenced by ancient Greek sculpture. The work will be shown, for the first time since its disappearance, at ADAA’s the Art Show, from March 4 through 8 at the Park Avenue Armory.

As for Troubetzkoy’s Figure of Gertrude Vanderbilt Whitney, it is a portrait of the Whitney founder by the same name. This particular bronze cast is believed to have been produced during the artist’s lifetime, a significant factor in its value.

Both pieces are worth approximately $150,000 each, nearly six times their value at the time of the theft, according to Art Recovery. Mr. Baumgartner, who declined to give the exact prices of the works, told the Observer that Manship sculptures of this size can range in value from the high five figures through six figures. Similar works by Troubetzkoy would price in the six figures.

But the question remains: How could two sizable bronze sculptures disappear from a gallery in broad daylight, under the supervision of gallery staff?

The unusual circumstances of the theft are not without precedent, and works by Manship have gone missing before. In the early 1970s, eight pieces by the artist were stolen from his 1964 World’s Fair Zodiac series, and in 1980 the pieces was subject to theft once again. Then, in 1990, two were recovered, and another six were found seven years later. The pieces that have not been recovered are recorded in the ArtClaim Database. 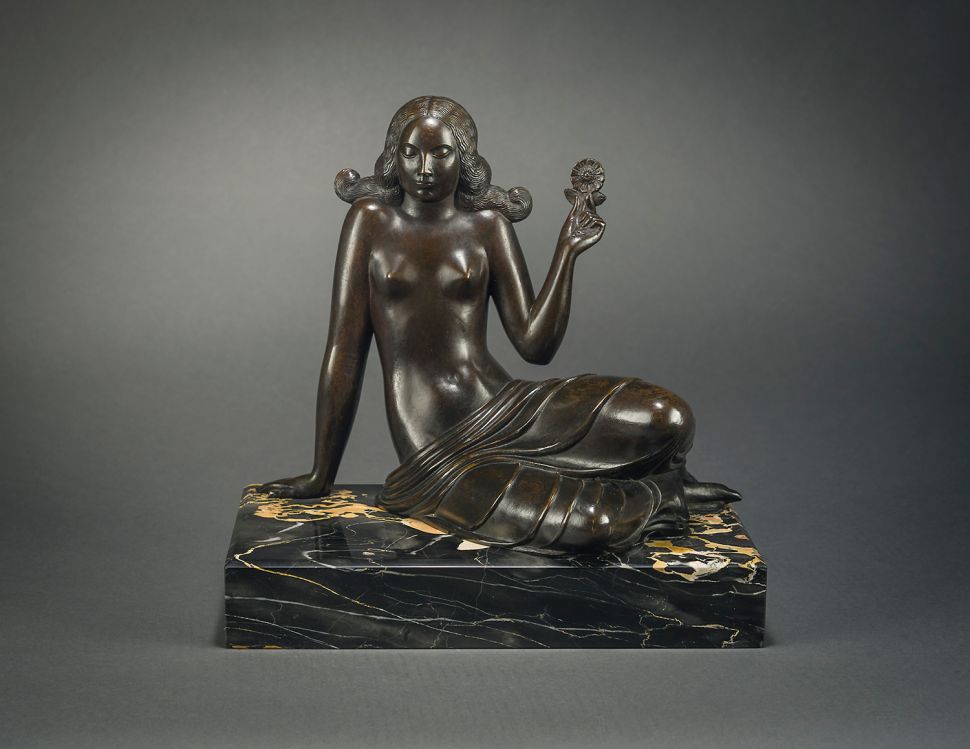