When will they ever learn? Ninth Circuit Judge Alex Kozinski declared months ago in a much-quoted opinion that there is “an epidemic of Brady violations abroad in the land.” And yet, prosecutors continue to deny there’s a problem. Indeed, the Department of Justice gets outright indignant at the suggestion, and so do many state court prosecutors. They bristle at the very mention of the possibility.

But here’s another doozy: The People (of California) v. Efrain Velasco-Palacios. In this unpublished opinion from the Fifth Appellate District, the California Court of Appeal reveals that state prosecutors and California Attorney General Kamala Harris continue to be part of the problem. Kern County prosecutor Robert Murray committed “outrageous government misconduct.” Ms. Harris and her staff defended the indefensible—California State prosecutor Murray flat out falsified a transcript of a defendant’s confession.

Kern County prosecutor Robert Murray added two lines of transcript to “evidence” that the defendant confessed to an even more egregious offense than that with which he had been charged—the already hideous offense of molesting a child. With the two sentences that state’s attorney Murray perjuriously added, Murray was able to threaten charges that carried a term of life in prison.

Capitalizing to the maximum on his outright fabrication, state’s attorney Robert Murray committed his own crime against the defendant at the crucial time when defense counsel was consulting with the defendant on a possible plea.

Prosecutor Murray had ample time and opportunity to correct his lies and his falsification of the transcript, but instead, he let it go until defense counsel had encouraged his client to plead guilty based on this fabricated evidence. Not until after defense counsel requested the original tape recording from which the transcript was made did Mr. Murray admit that he had added the most incriminating statements to the transcript.

When confronted with the defense’s motion to dismiss the indictment for outrageous prosecutorial misconduct, Mr. Murray claimed his own false alteration of the transcript was “in jest,” a “joke” between two lawyers, and harmless to the defendant. Mr. Murray lobbed in another little bombshell for good measure, swearing that defense counsel had said that the defendant’s defense was “not viable.”

Mr. Murray’s actions caused the disqualification of defense counsel, and as one might expect, the defendant did not feel that he could trust his own attorney. Defense counsel had to testify at the hearing, the attorney-client privilege was affected, and new counsel had to be named.

California Judge H.A. Staley got it right. He found that Mr. Murray’s fabrication of “evidence”—falsifying the transcript of a confession during discovery and plea negotiations—was “egregious, outrageous, and . . . shocked the conscience.”

The trial judge saw no laughing matter—and neither should the rest of us. He dismissed the indictment completely, and in a scathing opinion, also quoted by the appellate court, wrote that the prosecutor’s actions “diluted the protections accompanying the right to counsel and ran the risk of fraudulently inducing defendant to enter a plea and forfeit his right to a jury trial.” The court refused to “tolerate such outrageous conduct that results in the depravation of basic fundamental constitutional rights that are designed to provide basic fairness.”

Undaunted by the criminal conduct of a state prosecutor, or the district court’s opinion, Ms. Harris appealed the decision dismissing the indictment. According to the California attorney general, only abject physical brutality would warrant a finding of prosecutorial misconduct and the dismissal of an indictment. Fortunately for all of us—and the Constitution—she lost again.

This is Ms. Harris’ third strike in hardly as many months—and those are only the ones that have come to our attention.

There is the outrageous misconduct by the state court agents and investigators in the Sierra Pacific/Moonlight Fire case that caused a state judge to enter a multi-million judgment against Cal Fire. And only a few weeks ago, Ninth Circuit Judges Kozinski, Fletcher and Wardlaw saw misconduct so egregious that Judge Kozinski raised the specter of a perjury prosecution of the prosecutor during the oral argument. Attorney General Harris had to reverse course on that case, but she did so only after the Ninth Circuit judges made clear that she would not like the opinion that would be forthcoming if she did not correct it herself. In that case, Baca, the state court of appeal saw evidence that the prosecutor himself had committed perjury. If Ms. Harris’ office had its way, it all would have been swept under the rug.

Most Americans thought the laws of perjury and obstruction of justice already applied to prosecutors and are shocked to find out that they rarely suffer any consequence—not even termination—when failing to abide by them. Americans should be shocked. Prosecutors have been given a pass for way too long, and as a result, their conduct has become increasingly egregious. The New York Observer has written about it extensively. Prosecutors are still Licensed to Lie, and it’s high time to revoke those licenses. There is now significant bi-partisan interest in criminal justice reform and a coalition is forming to work toward these much-needed reforms.

As Judge Kozinski wrote, judges could “put a stop it.” The California Court of Appeal decision is good, but it should be formally published, and the court itself should request his disbarment. They designated it unpublished, but you may read the decision here. The voters in California can elect an attorney general who demands that prosecutors follow the law and confesses error when they don’t, and all voters can elect district attorneys who fire prosecutors who don’t follow the law themselves.

The prosecutor’s name in this case is Robert Alan Murray. For reasons beyond comprehension, he still works for the District Attorney Lisa Green in Kern County, Cal.

When will they ever learn? Not as long as they are protected from serious consequences for their own crimes and ethical violations—apparently not until they hear the whistle blowin’ from the other side of the iron. 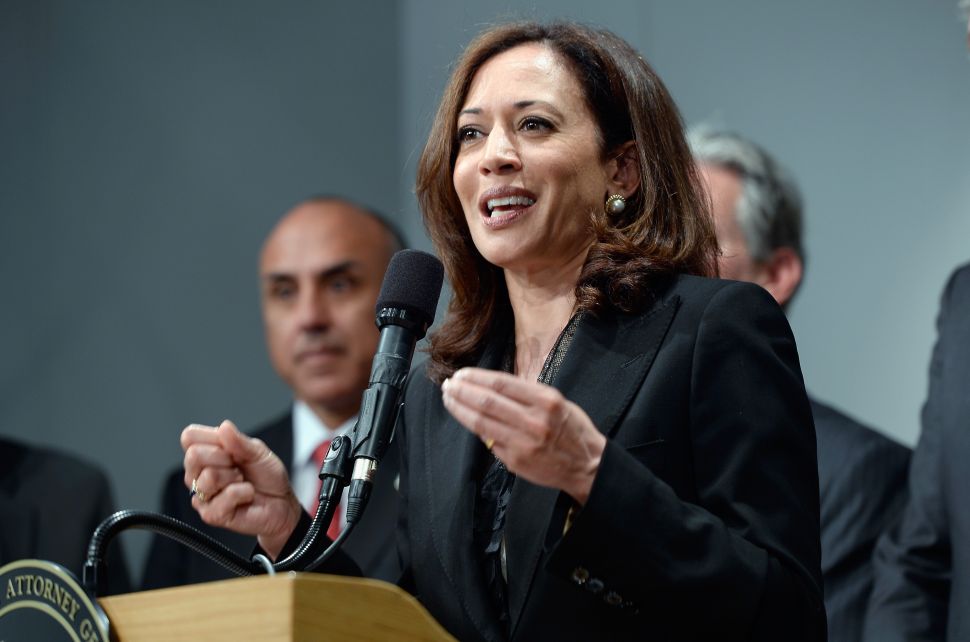