At least twice a day, a parent calls BrickHouse Security, a Midtown salon of surveillance, with the same question: Is it possible to implant a tracking microchip in their kids? “If we don’t get a call a day,” the company’s CEO Todd Morris told the Observer with a chuckle, “I’ll probably think our phone system’s broken.”

As Mr. Morris explained, it is not currently possible to microchip kids as if they were puppies. The chips behind dogs’ ears are merely barcodes, so they can be identified if they turn up at the pound—they’re not GPS trackers. To implant a GPS tracker in a child, you’d not only have to insert a chip under their skin, but a bulky cellular receiver and battery, too.

“Would you like this under your skin?” Mr. Morris asked, showing us a large black rectangular battery. “It’s the size of a pacemaker … It’s not realistic to do.”

But less intrusive child-tracking technology has become increasingly in demand at BrickHouse. With the New York State Department of Justice estimating that 20,124 kids were reported missing in 2013—with 8,003 of those occurring in New York City—parents increasingly look to technology to keep tabs on their progeny.

BrickHouse’s most popular product is currently the $129 Spark Nano 4.0, a small, rectangular GPS tracker that can be fastened to a child’s belt. There’s also the $30 Toddler Tag Child Locator, which clips onto a bag, shoe or article of clothing and sends an alert to the parent’s accompanying transmitter when the child has wandered more than 30 feet away.

The products, Mr. Morris said, have become especially attractive to parents of children with special needs, such as autism. More than half of children with autism are wanderers, according to a 2012 study by the advocacy group Autism Speaks.

“Wandering is a very real risk for a portion of our population,” Lisa Goring, Autism Speak’s executive vice president of programs and services, told the Observer.

When it comes to wearable GPS trackers, parents might also be interested in Independence Day Clothing: A line created by former CNN anchor Lauren Thierry, whose son, Liam, has autism. Besides being reversible and devoid of buttons, tags and zippers—common sensory triggers for kids with autism and Tourette Syndrome—the clothing items have discreet, hidden compartments designed to store GPS trackers. An EMPOWER GPS tracker, which parents can monitor via smartphone, is available for free with every Independence Day order (customers will still, however, have to pay a $69.95 activation fee and $14.95 monthly service charge).

In Ms. Thierry’s opinion, hiding the trackers inside regular clothing items works better than forcing a kid to wear a special watch or ankle bracelet.

“I’ve seen a girl chew through a Hello Kitty watch in 15 minutes to get it off—my heart went out to her,” Ms. Thierry told the Observer. “And you want her to wear an ankle bracelet?”

David Finkelhor, director of the Crimes Against Children Research Center at the University of New Hampshire, questions whether GPS devices are the most effective means of tracking children.

Imagine, for instance, if a child were abducted as part of a custody battle—the most common form of child abduction, by a landslide. Of the 8,003 children reported missing in NYC in 2013, all but 15 were either runaways or “familial abductions.”

“The problem with family abduction,” Mr. Finkelhor said, “is if the other parent wanted to disappear with the child, it’s likely they’d have enough knowledge about the child to disable or throw away whatever device it is.”

If a tracking device is too conspicuous, you could always harness the power of something nearly every kid has nowadays: a cellphone.

Consider the power of Find My iPhone, Apple’s own service that helps you track your lost device—or, in the case of a 2013 incident in Texas, a lost child.

In September 2013, a dad left his 5-year-old son in the car while he popped into a Houston liquor store. A thief jumped into the SUV and sped away—the young boy still inside. With the help of his iPad, the distraught dad used the app to track an iPhone that he’d left in the stolen car. The program led police to his stolen vehicle, and, more importantly, his missing son.

Another option is Followmee, a $3.99 GPS tracking app with around 100,000 users, according to founder Chris Li. Once the app is downloaded onto a child’s phone, parents can log on to Followmee.com to receive regular updates on their kid’s geographical location. By default, the app registers their location every 10 minutes, but parents can adjust the settings so updates are as frequent as once a minute.

The app also comes with a panic button. When pressed, parents will receive an email alerting them to their child’s current location.

“My kid has the app running on his phone—every hour, I can see where he is,” Mr. Li said. “At 11 years old, he has no objection to it. But when he gets older, I don’t know! It’s going to be a struggle.”

Whatever device parents end up using, the experts agree they should be tailored to a family’s needs. If there’s not a very real probability of a child going missing—as in the case of some children with autism or a vicious custody battle—parents don’t need to go overboard with the tracking technology.

At the end of the day, the risk of a child being abducted by a stranger is “like lightning striking,” said Mr. Morris of BrickHouse Security. “You end up living in fear,” he continued, “which is not what we want.” 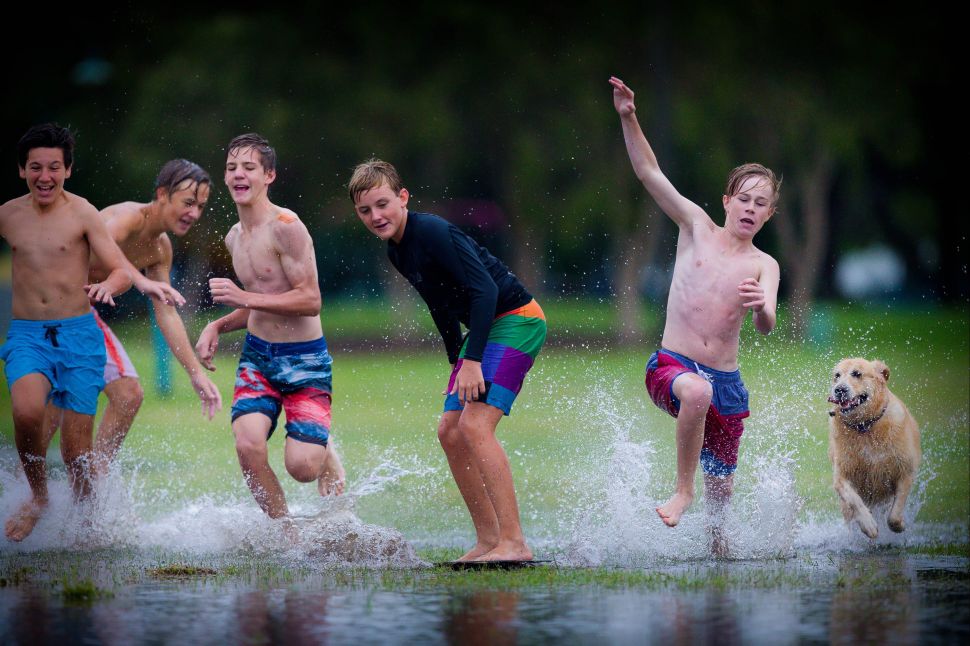